Washington, D.C. (June 26, 2013) – Great Meadow Polo Club is set to host the 19th annual Military Appreciation Night on June 29 in The Plains, Va., benefitting the Caisson Platoon Equine Assisted Program at Ft. Belvoir. A crowd of more than 2,000 fans are expected to be on hand for the event to catch the action as members of the Army, Navy and Marine Corps come together to “Battle in the Saddle” and compete in a polo match starting at 7 p.m. ET. Northern Virginia OmniVersatile Solutions, LLC, a local defense contractor, is sponsoring teams for this event.   The main event at 8 p.m. ET will also showcase some top pros and high ranking amateurs. Gates open at 6:30 p.m. ET and admission is free with military ID, or $30 per carload. Tailgating and picnics are permitted and encouraged.

Contributions raised at this year’s match will support the Caisson Platoon Equine Assisted Program at Ft.Belvoir. The program is an is an all-volunteer organization that uses horses of the Caisson Platoon, who are handled by the accomplished active duty soldiers of the platoon, to provide equine assisted therapy for wounded warriors and military veterans. In addition to assisting military servicemen and women recover after injury, the program has also been instrumental in helping soldiers rehabilitate from post-traumatic stress disorder.

The 19th annual Military Appreciation Night first began in 1994 during Great Meadow Polo’s inaugural season with the assistance of retired U.S. Army Major, Mark Gillespie, who is the founder of the Army Polo Club and captain of its Army team. Gillespie will be participating in this year’s event, which is also part of growing efforts from the U.S. Polo Association (USPA), the national governing body for polo, to expand awareness for military polo and raise funds to support those in the military community.  Military tournaments and charity polo events have recently been held in locations across the nation, including Poway, Calif., San Antonio, Texas and Honolulu, Hawaii.

“We are very excited about Military Appreciation Night as Twilight Polo kicks into high gear this summer for fans in the Northern Virginia and D.C. areas,” said John Gobin, Great Meadow Polo Club manager.  “This event has been a cornerstone of our season here as we support our brave military men and women, while getting fans and families together to get involved in polo and learn more about this great game.”

Nestled in Virginia’s piedmont countryside just west of D.C., Great Meadow Polo Club thrives on a 250-acre field events center and steeplechase course operated under stewardship of the Great Meadow Foundation, a 501©3 non-profit organization dedicated to the preservation of open space for community use.  The club has been a haven for polo players and fans in the D.C. area for 18 years, welcoming 2,500 spectators every Saturday night from May through September for Twilight Polo.  Accredited by the USPA, the club offers numerous programs dedicated to introducing the sport to new players and fans, including events, lessons and a beginner polo school.

“We are proud to join forces with Great Meadow Polo Club and Great Meadow Foundation, to support and pay tribute to our Armed Forces community,” said Peter Rizzo, CEO of the USPA. “In addition to providing some great action for fans and spectators, this event is a perfect opportunity to showcase the deep-rooted heritage of military polo and to help raise needed funds for a great cause in the Caisson Platoon Equine Assisted Program.”

Efforts by Great Meadow Polo Club, along with other USPA clubs and programs across the country, have helped generate a great deal of overall growth for the sport. The USPA has roughly 290 polo clubs in the U.S. that provide learning and competition opportunities for players at every level, an increase of 20% since 2011. These clubs and their programs have also experienced a steady increase in participation, highlighted by a growth of nearly 1,000 USPA members over the last three years. Indicative of the sport’s rising popularity, polo’s premier event – the USPA Maserati U.S. Open Polo Championship® final – was broadcasted nationally on NBC Sports Network this past spring.

About The United States Polo Association

The United States Polo Association (USPA) was organized and exists for the purposes of promoting the game of polo, coordinating the activities of its Member Clubs and Registered Players, arranging and supervising polo tournaments, competitions, and games, and providing rules, handicaps, and conditions for those tournaments, competitions, and games including the safety and welfare of participants and mounts. For more information, please visit, www.uspolo.org. 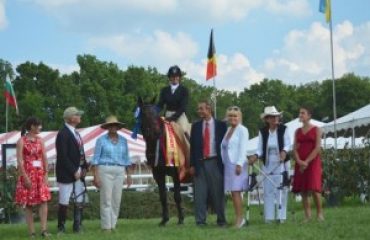 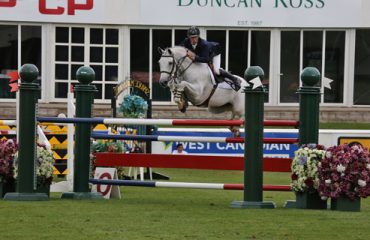 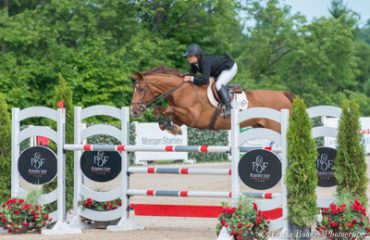