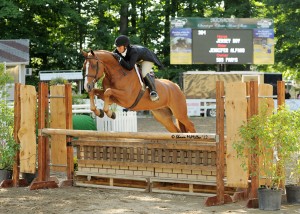 The anticipation was high as the $15,000 USHJA International Hunter Derby got underway at the Skidmore College Saratoga Classic. Alfano held the lead from the beginning with Miss Lucy, owned by Helen Lenahan, but took the lead during the second round with Jersey Boy. The duo once again left nothing to chance in the handy round, as Jersey Boy executed tight turns, beautiful distances and a strong hand gallop.

“Jersey Boy had a beautiful handy round, he was so smooth and consistent,” Alfano said. “We didn’t show Jersey Boy or Miss Lucy during the week, so they hadn’t shown since Devon. They were both fresh and happy, I think it really showed.”

Alfano eventually rode Jersey Boy to the top of the leaderboard, with the talented Miss Lucy following closely behind and picking up the second place award. SBS Farms has seen nothing short of success throughout the spring season and into the summer shows. Jersey Boy recently was awarded the title of champion for the $25,000 USHJA International Hunter Derby of Devon for the third consecutive year, and now they can add the $15,000 USHJA International Hunter Derby to their list of accolades.

“It was a really good week for all of us, the horses were great, and even though the weather was unfortunate on the second day, the horses all did so well on the first day,” Alfano said. “We decided not to show them on the second day due to the rain, but they were all wonderful.”

The astounding Rapunzel, who was awarded the Devon Leading Mare award and Devon Grand Hunter Championship, continued her winning streak throughout the first week of the Classic. She earned the first, second and fourth place ribbons in the First Year Working Hunter division.

Alfano also continued to exhibit Danny Robertshaw’s Lions Paw in the Regular Conformation Hunters. The pair took the second place award in the model, as well as an additional second and third place ribbon in the over fences and the second in the under saddle.

Katherine Karrer rode Contifax to top ribbons in the Amateur-Owner 18-35 Hunters. The duo earned the first and third place ribbons over fences, as well as the third place award in the under saddle. Luke Olsen earned good ribbons in the 15-17 Equitation, Pessoa/USEF Hunter Seat Medal and the M&S Junior Medal. 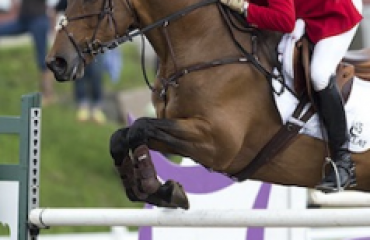 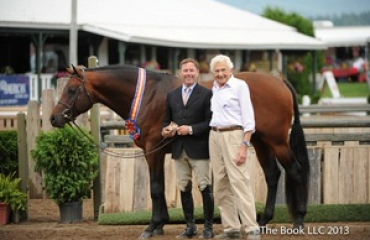 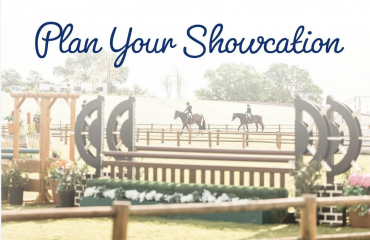