Uliano Vezzani of Italy set the courses for Friday’s classes in the International Arena at PBIEC. In the RCG Farm High Amateur-Owner Jumpers, Alise Oken and Teirra were clear in both the power and speed rounds with the fastest time of 28.990 seconds to win the class.

Sophie Morner was the only other rider to clear both rounds aboard Lovsta Stuteri’s Nichebourg and finished second with her time of 29.350 seconds. Bhaskar Dasgupta and Zinesse had four faults in the speed phase in 30.887 seconds to place third. 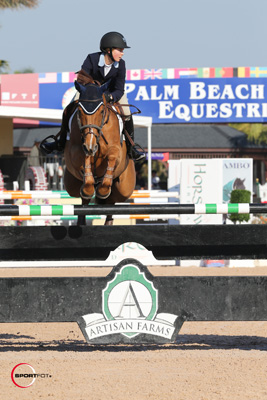 Rider Alise Oken and her family’s Hi Hopes Farm purchased Teirra this fall and Oken began showing the mare just before the start of the FTI WEF circuit. Teirra, a 13-year-old KWPN mare by Tolano Van Het Riethof x Aldatus, previously showed successfully under amateur rider Addison Phillips and then competed internationally with U.S Olympic gold medalist Laura Kraut with wins and top finishes around the world. Kraut is also Oken’s trainer of three years, and is now coaching Oken and Teirra together in their new partnership.

“I started riding her at the end of December and everything has just clicked so well,” Oken said of the combination. “Laura had been riding her for a year and a half before that, so she knew how the horse went and she thought we would be a good match. I started riding her and it has just been so great. I have been showing her for three weeks now and we have already won two classes. She is a very good mare. She has been doing really well and I am really excited about her.”

As Oken moves up with her riding and works on being more competitive at the higher levels, riding a horse with Teirra’s talent and experience has given the rider a lot of confidence.
“It is pretty unreal,” Oken smiled. “She definitely knows what she’s doing and helps me out. She has been to Aachen; she has been everywhere over in Europe, so she is definitely experienced and when I need her she is there for me.”

Riding with Kraut and showing against the world-class competitors in Wellington is also a great learning experience for Oken.

“It is a whole new level of going fast and knowing how to win,” she stated. “I am still learning where to shave time off and everything, but Teirra is helping me learn all of that, so it has been great. I am so lucky to be able to ride with Laura as well. She has taught me so much and it has been awesome so far.”

Oken plans to show Teirra in the 1.50m classes throughout the circuit and hopes to continue to do well in those and gain more experience. Friday’s amateur-owner win was a nice preparation for Saturday’s highlight 1.50m class.

Commenting on the win, Oken stated, “The class today was really good. We are going to do the 1.50m tomorrow, so I was going in to do a nice round and go a little fast and cut my corners a little bit and it all worked out. We won today, so she was really good.”

Also showing in the International Arena on Friday, Laura Chapot and Bradberry continued their consistent performance in the $6,000 Spy Coast Farm 1.40m Speed Challenge classes. The duo placed second in the class during week one, won it during week two, and repeated their victory during this third week of competition. In the $6,000 Spy Coast Farm 1.40m jump-off class, Eric Lamaze and Wang Chung M2S, owned by Morningside Stud and Torrey Pines Stable, wrapped up the day with a victory.

Samba and Jessica Ungerer were awarded championship honors for the Adult Amateur 18-35 Hunter division during week three of the FTI Consulting Winter Equestrian Festival (FTI WEF). Ungerer and her eight-year-old German Warmblood gelding are trained by Robert Bielefield and Jeff Ayres. The pair won both over fences classes during day one of competition for the division and were second and fourth over fences before winning the under saddle class on day two.

Reserve champion was Charity Durgan and Fit to Print Farm’s Lead Story. Durgan and Lead Story were third in both over fences classes during day one of competition. The pair took home two blue ribbons during day two over fences, followed by a third place finish in the under saddle class. 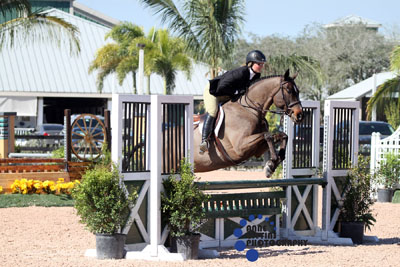 Ungerer only recently aged out of children’s divisions, where Samba was her trusted partner in Children’s Hunter divisions for the last two years. The 2013 FTI WEF marks the beginning of Ungerer’s show career in adult divisions, which she hopes to continue throughout college.

“I’ll be starting college at FAU Honors [Florida Atlantic University Honors College] in Jupiter this fall. I hope to compete down here for the next four years with Samba and continue to do our best,” Ungerer stated.

Ungerer describes Samba and herself as driven and goal-oriented, a strength that gives the pair an edge against tough competition at the FTI WEF. “We’re a good match because we have the same personality,” Ungerer described. “We’re both very competitive! We both like to go in and do our best to win.”

Samba’s competitive drive complements his good training and lovable personality. “He’s like a dog. He’d sit in your lap if he could,” Ungerer described. “He’s a dream to ride. You point him at a fence and he just goes. He’s great.”

“He’s very quiet and easy to get to the ring. He has a big stride and just lopes down the lines. He’s very athletic,” Bielefield, who trains the duo during the winter, stated.

Ungerer and Samba, fueled by their first championship in an adult division, look forward to the upcoming weeks of the FTI WEF. “Hopefully we get to do the A/O’s [Amateur Owner divisions] next week. He’s a good horse and he loves what he does,” Ungerer stated.

The third week of competition at the FTI WEF continues Saturday with the Antarés Large Junior 15 and Under Hunter division, hosted in the E.R. Mische Grand Hunter Arena. The $25,000 Suncast® 1.50m Championship Jumper Classic will be featured in the International Arena at 1 p.m. followed by the FTI Consulting Great Charity Challenge, presented by Fidelity Investments®, at 7 p.m. For full results, please visitwww.showgroundslive.com. 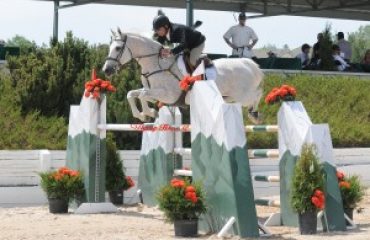 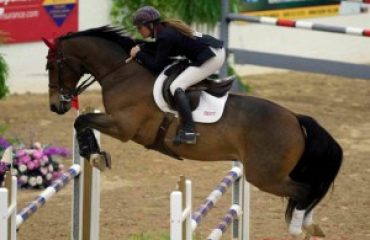 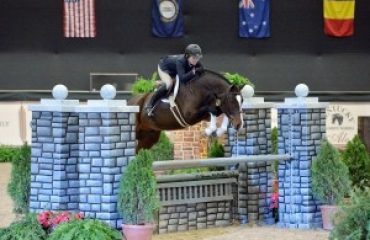