But McGuigan Claims Another Irish Score 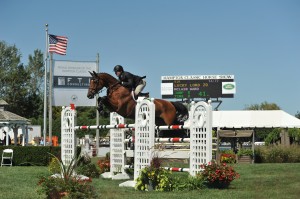 The Irish have been the riders to beat so far at the Hampton Classic, with Sweetnam already winning one class and either Kenny or Darragh Kerins placing in all five open jumper classes held so far. “We’re hungry!” said McGuigan with a smile. “Plus, we do a lot of jumping on grass at home, so we’re used to riding in a ring like this. The horses can sometimes be a little bit wary on the grass, but so far this ring has been brilliant.”

McGuigan, who lived in Bridgehampton for seven years after moving to the United States, bought Capall Zidane, 8, as a 5-year-old, and he hopes the Dutch Warmblood will soon become a competitive grand prix horse. “He’s always been just a top horse,” said McGuigan.

The 37th annual Hampton Classic Horse Show runs through Sunday, Sept. 2, and features world-class show jumping competition, as well as magnificent shopping and a variety of entertainment attractions. The Classic features six show rings with more than 100 classes of competition for horses and riders of all ages. A wide range of jumper, hunter, equitation, short stirrup and leadline classes are all part of the Classic’s schedule, as well as competitions for riders with disabilities.

The highlight of the Hampton Classic is the $250,000 FTI Grand Prix and FEI World Cup™ Qualifier on Sunday, September 2. The Grand Prix, open to horses that successfully complete Friday’s $50,000 Spy Coast Farm/Young Horse Show Series Grand Prix Qualifier, features Olympians, World Champions and other show jumping veterans such as defending champion and two-time Olympic Gold Medalist McLain Ward. This year, the Grand Prix is part of the new Taylor Harris Triple Crown Challenge which awards a $200,000 bonus should the same horse-and-rider combination win the $100,000 Wells Fargo Grand Prix of Devon, $250,000 FTI Grand Prix at the Hampton Classic, and $250,000 Alltech Grand Prix at the Alltech National Horse Show. Ward won the Wells Fargo Grand Prix of Devon on Antares F in May and now stands to win the $200,000 bonus should he ride Antares F to wins in the remaining two events in the Taylor Harris Triple Crown Challenge.

Two additional outlets, the USEF Network.com, Presented by SmartPak, and HRTV, The Network for Horse Sports, will both offer free live webcasts of the Classic’s featured event, the $250,000 FTI Grand Prix and FEI World Cup™ Qualifier on Sunday, September 2 starting at 2:00 p.m. EDT. These free live webcasts are available at www.USEFNetwork.com and www.HRTV.com<http://www.hrtv.com/. 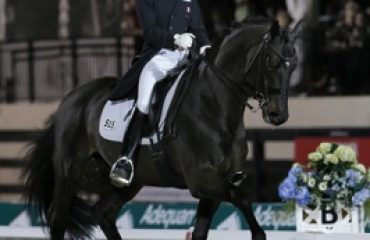 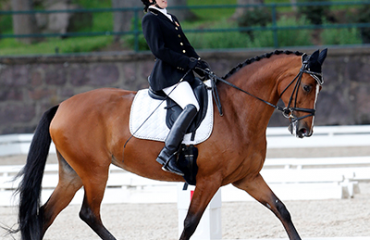