WELLS FARGO STAGECOACH TO BE EXHIBITED AT DEVON

DEVON, Pa.—The Wells Fargo Stagecoach will be exhibited at the Devon Horse Show on Thursday, Friday and Saturday, May 30 through June 1.

Wells Fargo is the official presenting sponsor of the annual event to be held May 23 to June 2, 2013 at the show grounds in Devon.

Wells Fargo will also serve as the title sponsor of the premier class, the $100,000 Wells Fargo Grand Prix of Devon to be held Thursday, May 30.

This marks Wells Fargo’s third year as presenting sponsor of the show.

Devon benefits Bryn Mawr Hospital, with proceeds to the Hospital approaching $15 million, over $50 million when adjusted for inflation.

John Payne and his One Arm Bandit & Company, from Shindler, Okla., will appear the last four full days of the show in the evening, from May 29 to June 1.

The One Arm Bandit show won the Professional Rodeo Circuit’s Specialty Act of the Year from 1989 through 1996 and again from 2008 through 2011.

Payne lost his right arm after an accident in 1973. Payne began in rodeos in 1987 and built up his act with longhorn Watusi steers, mustangs, mules and buffalo.

Black Mouth Cur dogs are a very intrical part of the training process.

Payne is assisted in his act by his wife Judy, and when his son Lynn and daughter Amanda each turned 18, they also joined the show.

“It is very fulfilling to have Lynn and Amanda display their talents,” said Payne. “They are truly my right hand. Soon, I’ll have grandkids in the show and may slow down a little to spend more time with Judy.”

Payne displays his proficiency with a lariat during the show, and buffalo jump over his truck and climb onto the roof of the trailer.

An innovative event, the Five-Gaited Special Class will be held on Wednesday evening, May 29.

Some of the world’s top jumper riders, including Olympian McLain Ward, will test their skills and compete on Five-Gaited Saddlebreds at Devon.

Each jumper rider will have a practice session and then show the horse in the class, each going for that first place prize.

Horses will be provided by Saddlebred owners and might very well be the first of its kind.

The Country Fair is open days and evenings throughout the 11 days, with a wide variety of foods, boutique shopping and rides and games. 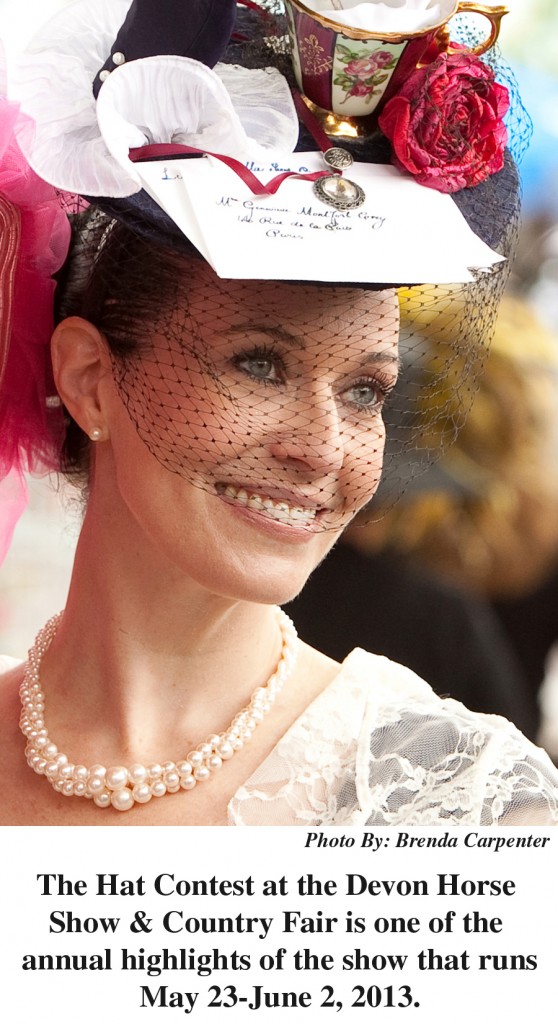 The Country Fair also presents a number of fun events and contests, including the very popular Ladies Hat Contest, sponsored by Cartier.

The judges are television personality Carson Kressley, who is also a Devon exhibitor, and Bill Henley from NBC10 television.

Food ranges from hot dogs, hamburgers and pizzas to gourmet dining, complete with a selection of red and white wines, in the Garden Cafeteria. Of course, there are the Devon favorites, the famous Devon fudge, tea sandwiches and lemon sticks.

The Ferris wheel towers over the area of games and rides and offers a compelling view of the Devon show grounds.

General admission is $10, with $5 for children 12 and under and seniors. Reserved seating tickets range from $10 to $55, depending on the day and session. 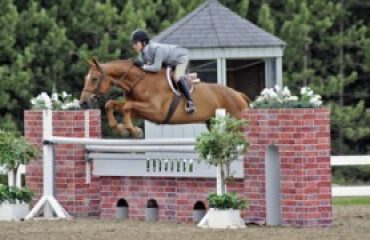 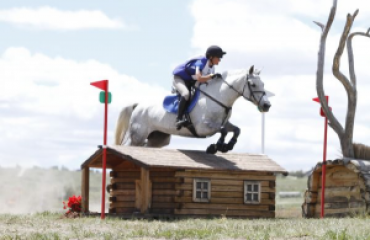