Prestonwood Polo Club held their Second Annual Easter on the Lawn with Pastor Chris Yost from Crossway United Methodist Church officiating. The club celebrated with families picnicking on the lawn, polo, a short Easter sermon with communion instead of a champagne divot stomp and Easter Egg hunt for the kids. And, of course, polo! Photo by Lisa Ingason

The 2013 Saratoga Polo Tournament Schedule is available and Saratoga has great plans for the season! The Celebrate Saratoga Cup – 4-6 Goal kicks off July 12th and the Women’s Week at Saratoga Polo Featuring  The Veuve  Cliquot Women’s Challenge is July 17th to July 21st. Check out their full schedule, and for ticket information, at saratogapolo.com.

Port Mayaca Polo Club hosted its second FIP Ambassadors Cup in April. It was another successful event, with 6 teams participating and players from all over the world. After two days of great polo, the finals was between Pony Express and Grand Champions. Pony Express won the 79th FIP Ambassadors Cup at Port Mayaca in a close match against Grand Champions. The Pony Express team (Bob Daniels, Tomas Goti, Malcolm Borwick, Marc Aberle) pulled off their 4-3 victory with Bob Daniels breaking the tie late in the final chukker.

Congratulations to Dr. Deiego Florez, manager of the Arizona Polo Club, and his lovely wife on the birth of their twins, Luckas and Sophia! How exciting, two new little polo players!

Bridgehampton Polo Club is back for a 17th season. The sporting event that epitomizes a quintessential summer afternoon in the Hamptons will return to Two Trees Farm for six consecutive Saturdays from July 20th through August 24th, offering Hamptons tastemakers an unparalleled polo experience. A limited number of field side tailgate tents will be available for purchase, and serve as the perfect place to entertain. To set the mood, a gourmet picnic and champagne for ten is included in the purchase price. The public is also invited to enjoy the match from the sidelines. Tickets are available at the gate for the price of $20 a car. For more information, go to www.BridgehamptonPoloLLC.com.

Glen Waterson from Darlington Polo had a stroke in March. Turns out it was his second one. We wish him a full recovery and a quick return to the polo field.

Sadly, the polo world lost Jerry Mitchell, President of Krazy Horse Polo Club in Arizona. Mr. Mitchell was a 2-goal player and will be missed by all.

Racing hall of famer and long time resident of both Saratoga and Aiken, Mike Freeman, passed away on April 17. His memorial service was appropriately held on Derby day, May 4, in Aiken, South Carolina. Mike and his wife Iris were icons in the Aiken horse world. Iris is still a resident of Aiken and involved in the community there. A second service will be held in Saratoga in August. Mike started his career as trainer and as a steeplechase rider in the early ‘50s. He trained many great horses but is best remembered for Eclipse Award winner, Shuvee, owned by Mrs. Whitney. Shuvee, the daughter of Nashua, swept the NYRA Filly Triple Crown in 1969. 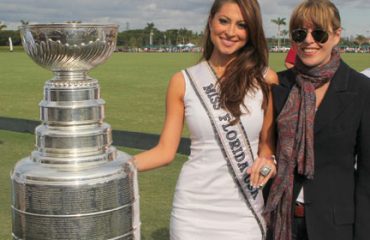 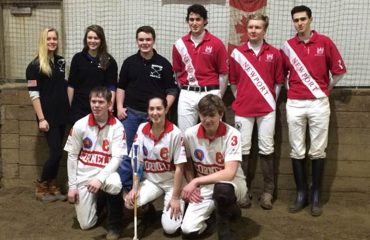 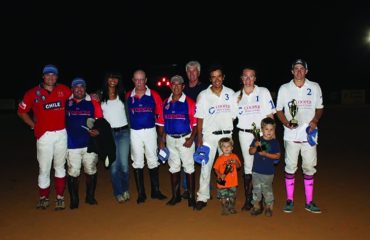