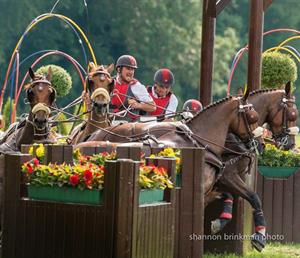 Aachen, Germany – A fantastic four-in-hand driving season for American star Chester Weber got even better on Saturday with a hard-earned win at CHIO Aachen. The CAIO4* field full of international talent and former world champions, and the crowd of spectators at the historic show, made the weekend’s win one of the biggest of Weber’s career.

With his and Jane Forbes Clark’s team of KWPN geldings, Weber (Ocala, Fla) took the early lead on Wednesday with a stellar 36.22 score in the dressage phase. He and his team were the only ones to break 40 in the dressage. Weber’s closest competition came from Boyd Exell of Australia, who earned a 41.00 score, and would keep the pressure on for the remainder of the competition.

In the cones phase (at CAIO4* Aachen the cones precede the marathon) Weber was clear through the obstacles. He added 0.66 in time penalties, to finish 6th in the phase, but earned a little breathing room over Exell, who had 3.00 faults total through the cones.

“Today was a big day for our team and what will be a highlight of my career,” Weber posted to his Facebook page following the marathon. “We won the CHIO Aachen 2014. I am humbled to drive such a wonderful group of horses and work with such a fantastic staff and have the best sponsor in the world.”

Exell finished second with a total score of 135.63 and Koos de Ronde of The Netherlands was third with 149.54.

For complete results go to www.chioaachen.com 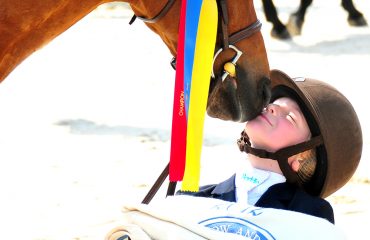 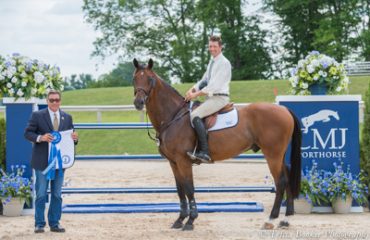 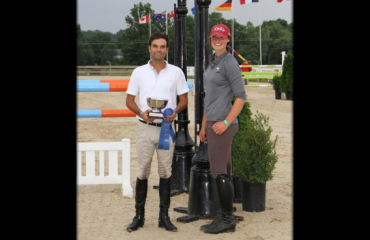