Rockwood, Ontario – Canadian Olympian David Marcus of Campbellville, ON, made a clean sweep of the grand prix division at the CDI3* Angelstone International Dressage Tournament held June 14 through 16 in Rockwood, ON.  Riding his 2012 London Olympic mount, Chrevi’s Capital, Marcus won both the Grand Prix and the Grand Prix Freestyle while Don Kontes stood in the winner’s circle following the Grand Prix Special.

Marcus and Chrevi’s Capital topped a nine-horse starting field with a score of 69.81% earned from the five-member panel of international judges.  Riding Don Kontes, Marcus took third place with a score of 66.62%, finishing behind his 2012 London Olympic teammate Jacqueline Brooks and D Niro who scored 67.51%.  Both of Marcus’s horses are owned by Deborah Kinzinger.

“Capital hasn’t shown since February, so it was nice to get him back in the show ring,” said Marcus, 32.  “He felt fresh and happy in his job.  It was a nice, clean test.  It was fairly conservative, but since he hadn’t shown in a while, my goal was simply to go in and have no mistakes.”

Both the Grand Prix Special and Grand Prix Freestyle were held on Saturday evening in front of hundreds of spectators.  Marcus and Chrevi’s Capital, a 13-year-old Danish Warmblood gelding (Chrevi’s Cavallo x Weinberg), rode their musical freestyle for the third time in competition, having debuted their new program at the prestigious CDI5* World Dressage Masters Palm Beach in January.  Compiled by Joost Peters of The Netherlands and featuring the music of George Michael and WHAM!, their freestyle performance earned the winning score of 72.73% to hold off Brooks and D Niro with 72.33%. 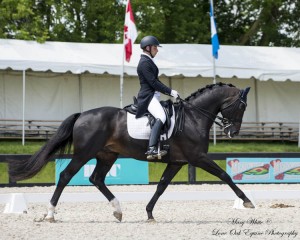 “I love his new Freestyle,” said Marcus.  “It wasn’t without mistakes, so there are still a lot more points in there for him.  The high degree of difficulty in our choreography is really the highlight of this freestyle.”

Especially poignant for Marcus was being presented with the inaugural Jon Costin Memorial Cup as the winner of the Grand Prix Freestyle.  A successful and extremely popular Canadian grand prix dressage competitor, Costin died unexpectedly in May.

“Jon was a good friend of mine, so it meant a lot to me to win the trophy created in his honour,” said Marcus.  “I would also like to thank Leatherdale Farms for sponsoring the entire grand prix division.  They are very supportive of dressage sport in Canada, and their generosity is greatly appreciated.  Of course, I wouldn’t be where I am without the support of my owner, Deb Kinzinger.”

Kinzinger was on hand to cheer Marcus to victory in the Freestyle, just as she had done earlier in the evening when Marcus piloted her Don Kontes to the win in the Grand Prix Special.  The pair earned a score of 67.94% to easily take the win over runner-up Evi Strasser of St. Adele, QC, and Renaissance Tyme, who scored 66.67%.

“Don Kontes felt the best he has ever felt, especially in the trot work,” said Marcus of the 13-year-old Swedish Warmblood gelding by Don Schufro.  “Unfortunately, I made a mistake and we went off course so that brought our score down, but he is feeling stronger and more through.  His scores improved from Friday’s Grand Prix, so I was very happy with that.”

The pair earned scores of eight out of 10 for several movements in the Grand Prix Special test, including their passage and canter work.

“Since our last show in April, I’ve been working with him on the basics, getting him stronger and fitter,” explained Marcus, whose last competition with Don Kontes was as a member of Canada’s bronze medal team at the CDIO3* Nations’ Cup in Wellington, FL.  “He’s getting better and better all the time.”

In addition to his own success, Marcus also coached Maya Markowski and her horse, Lumiere, to strong placings in the competitive CDI small tour division.  His partner, Nicholas Fyffe, competed at Third Level with Fiero HGF, owned by Robert Dover, in addition to helping Marcus on the ground.

For Marcus, the rest of the season will see him continue aiming Chrevi’s Capital towards the 2014 FEI World Equestrian Games (WEG) to be held next August in Normandy, France.

“Capital feels great, in his body and in his mind, and I’m looking forward to this year with him,” said Marcus, who plans to contest CDI events in Saugerties, New York, and Devon, Pennsylvania, later this season.  “Everything we do this year is in preparation for the World Equestrian Games next year.  We are trying to make the right plan to set him up mentally and physically to peak next year at the WEG.” 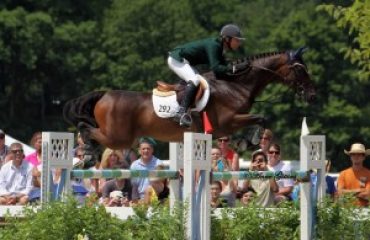 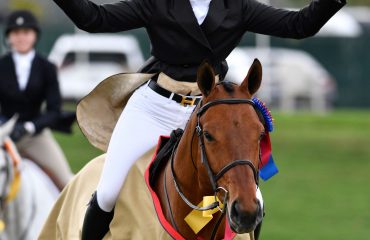