Figueras scored two goals in the final including the game-winner.

Television spokesman John Walsh, a children’s advocate and activist, of Team Equuleus, was named Most Valuable Player of the round-robin tournament. His Equuleus teammates were Joe DiMenna, 10-goaler Gonzalito Pieres and Mariano Gonzales.

However, the biggest winner of the day was the Neil S. Hirsch Family Boys and Girls Club of Wellington. Proceeds of the fundraiser celebrity match and luncheon benefitted the club.

The club along with twelve other Boys and Girls Clubs in Palm Beach County and more than 1,100 in the United States, provide services including after-school activities and camp opportunities to underprivileged kids, ages 6-18.

Palm Beach County’s clubs provide services during non-school hours, as well as summer camp opportunities to nearly 6,000 boys and girls. The clubs emphasize educational, vocational, social, recreational, health, leadership and character-building skills in a positive and safe atmosphere to enable them to make a healthy transition from childhood to young adulthood.

“We were pleased to host the celebrity polo match here at Grand Champions,” Marc Ganzi said. “Neil has set a great example for our polo community by giving back to those that need us most here in Wellington-our children.

“We wanted to do everything possible to raise the awareness of this life-changing organization. This celebrity match will help us make an impact.”

Busloads of children and counselors from the Neil S. Hirsch Family Boys and Girls Clubs got the chance to see a polo game for the first time at Grand Champions. The group sang the National Anthem to start the day’s festivities and got the chance to meet some of the players and horses.

“It’s all about the kids,” said co-host Melissa Ganzi, who has competed with Figueras several times and scored a goal in the final.

Said Figueras, “It is always fun when you can play polo and do something for kids. It is a great way to expose kids to horses and polo. I believe very much in programs that can help kids with this.”

No one is more passionate about supporting kids than John Walsh. Combined with his love of polo which has taken him around the world, Walsh jumped at the opportunity to participate in the inaugural event.

“It was just a terrific event,” Walsh said. “It’s a great group of people coming together to help the local Boys and Girls Club, the life line for many of these kids from a life of crime or selling drugs. These clubs are changing children’s lives one child at a time. They do God’s work.

“Today was a day where we played and saw some great polo, met some new people and had a gorgeous lunch on a perfect day.”

In addition to Melissa and Marc Ganzi, chairs for the day’s event were Terrie and Ray Mooney and Keith and Penny Williams. The celebrity polo game was free to the public which was treated to PDQ’s food truck fare at halftime. Outback co-founder Tim Gannon, a Fort Lauderdale High School alum and polo player, founded PDQ.

Game video and live webcasts can also be seen at PoloNow Network at http://www.polonow.tv/.

WHERE: 13444 Southfields Road, on the corner of South Shore Boulevard and Lake Worth Road, Wellington, 33414. 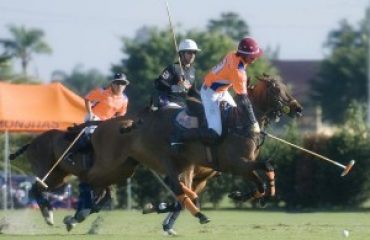 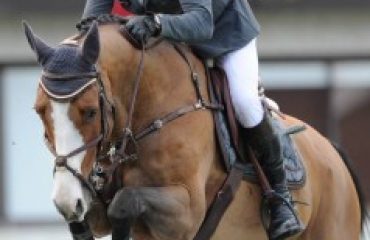