Lexington, KY – May 16, 2013 – Although thunderstorms disrupted competition throughout the day at the Kentucky Horse Park, the clouds parted as the $25,000 Hagyard Lexington Classic got underway during the Kentucky Spring Classic. Sixteen horse and rider combinations advanced to the tiebreaker, creating a speed duel for the winning prize. Kent Farrington proved to have all the answers with Venus, blazing an uncatchable clear track that was almost two seconds faster than second place finisher Andrew Bourns of Ireland. Reed Kessler and Mika were the pathfinders to take home the third place honors. 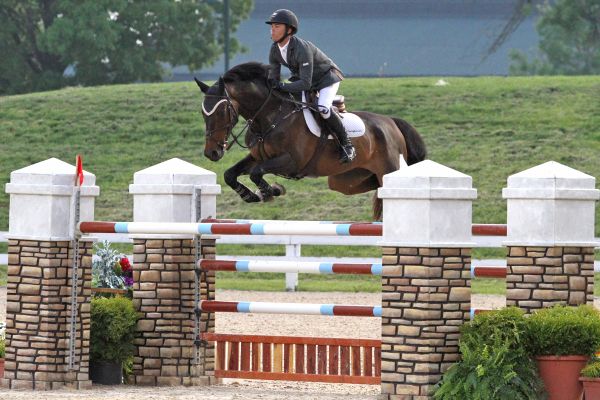 Fifty-four entries showed over Conrad Homfeld’s opening course, which featured multiple bending lines, a vertical-oxer double combination, and an oxer-vertical-vertical triple combination. It yielded 16 clear rounds, all of whom returned for the short course, which began over a vertical-oxer bending line with a roll back to a single vertical followed by another oxer. Riders then galloped to the double combination before doubling back to finish over the final oxer away from the gate.

Reed Kessler of Lexington, KY, was the second rider on the start list and first to complete the course without fault. She and her top mount, Mika, also proved to be pathfinders during the jump-off, completing a clear effort in a speed of 36.217 seconds that would eventually place third.

Seven rounds later, Kessler’s clear round was caught by Andrew Bourns aboard Gatsby. They were able to shave time through the rollback and took a long distance to the oxer before the double combination. Their risks paid off, and they broke the beam at 35.877 seconds with all the rails in tact for the second place honors.

“Thankfully, I watched Reed, and I noticed she steadied up a lot for the double combination, and she was easy to the last, so I figured that’s where I could make up some time,” noted Bourns. “For sure from the first fence to second fence she was faster than me because she did one less stride, but I think I got a better turn after. This is the biggest class my horse has jumped so far. He’s been very successful, but now I am trying to up his level a little bit and have him jump a bigger track. I was very happy with him today.” 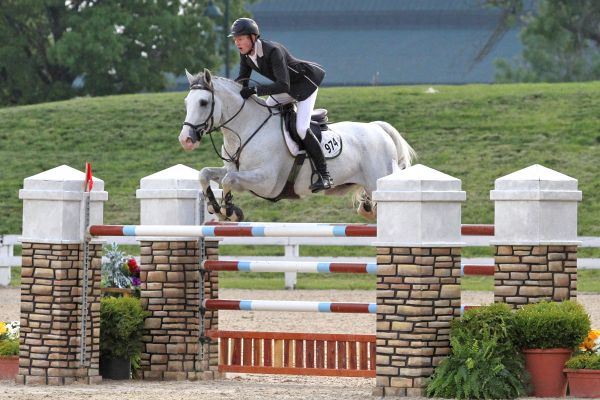 It was the next rider on course that would prove to have the winning round. Kent Farrington and Venus, owned by Raylyn Farms of Frederick, MD, were up to the speedy challenge. They quickly zipped from one to two and took a big risk to the combination. The mare easily cleared the obstacles and cut inside Bourn’s track to the final oxer with a clear round in 33.878 seconds for the win.

Ireland’s Richie Moloney qualified three mounts for the jump-off for owner Equinimity LLC of Wellington, FL. Carrabis Z and Call Me Number One picked up seventh and eighth by producing matching clear rounds, while Slieveanorra proved to be the fastest four-faulter over the short course for ninth place.

Farrington and Venus were partnered together during last year’s Kentucky Spring Horse Shows, and he was ready to pull out all the stops for a win today. “The plan for the jump-off was to try to win,” he smiled. “Venus is a fast horse. She is my type of horse, a really thoroughbredy type of horse with a lot of blood. She’s naturally fast across the ground, and I think I just picked up a very fast gallop. I turned very quickly to the vertical at the end of the ring, and I just let her run to the last jump.”

Although champion eventer and show jumper Marilyn Little normally rides the horse, Farrington took over the ride for the last two weeks. “It was sort of a last minute thing,” explained Farrington. “Lynn [Little] called me up and asked me if I wanted to show the horse and if I did they were dropping it off in an hour at my farm, so that was that. I rode him last year and then Marilyn rode it this winter, but they asked if I would ride Venus for these shows.”

Tonight’s class was the second event in the seven-part Hagyard Challenge Series, which features a $50,000 Leading Rider Bonus to the top rider at the end of the season. Farrington has won the award twice already, and is a strong supporter of the series. “I think any kind of rider incentive iss great for the sport, especially at the professional level,” he commented. “There is so much money in the junior and amateur divisions at the shows. We have to keep the true professional sport and people have to be able to win money. I think having rider incentives for the people that are consistently successful is a great thing. I am huge supporter of any kind of incentive or bonus like that for riders that are consistently successful.” 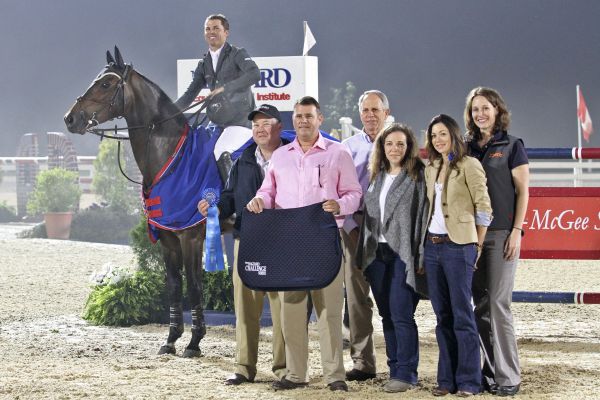 Hagyard Equine Medical Institute is one of the oldest and largest equine veterinary practices in the world. Founded in 1876, the institute offers a staff with qualifications unparalleled by any single non-university veterinary group in the equine industry, and Hagyard veterinarians have dedicated themselves to the health and well-being of the horse for more than 130 years.

The next event for Farrington and Venus will be Saturday night’s $75,000 Mary Rena Murphy Grand Prix, sponsored by Audi of Lexington. The jumper action at the Kentucky Spring Classic concludes on Sunday with the $20,000 Bluegrass Classic in the Rolex Stadium at the Kentucky Horse Park. 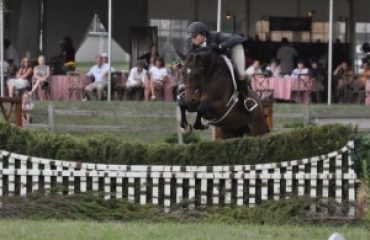 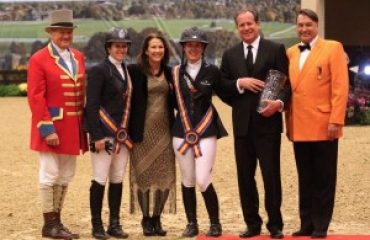 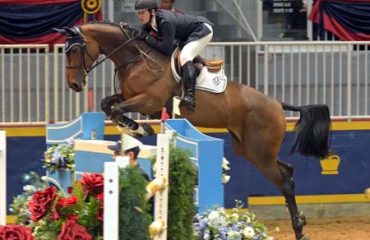