Upperville, VA (August 1, 2013) – “You never know when horses are going to be horses,” says Olivia LaGoy-Weltz, of LivDressage in Upperville, VA, who proved why a good seat and an even better sense of humor should be among an FEI competitor and USDF Gold, Silver and Bronze medalist’s most valuable assets.

“I got to the end of that diagonal and said, ‘I think I need to be excused,” she shrugged, referring to an overabundance of schwung from her nine-year-old Danish Warmblood, Rassing’s Lonoir (De Noir x Lorani)  in the Markel/USEF Developing Horse Prix St. Georges qualifier during the 2013 Dressage at Lexington show in July.  The pair have been ranked among the top 15 combinations in the country in the 2013 Markel/USEF National Developing Horse Prix St. Georges Dressage Championship Rankings List.

“The next day,” she said, “he redeemed himself, scoring better than 70% in the Prix St. Georges and winning his class, and placing third out of twenty-five in the $500 PSG Challenge.

Good performances are what dressage audiences are coming to expect from LivDressage, which debuted earlier this summer at Morven Park Equestrian Center in Leesburg, VA in winning fashion during the VADA/Nova Summer Dressage Competition. Lono (as LaGoy-Weltz calls her partner) won his Open Prix St. Georges with a solid 70% and they received the show’s High Point Award for Prix St. Georges. 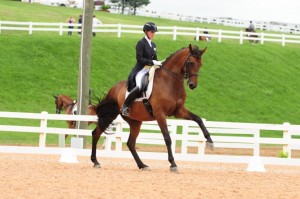 She also debuted a second LivDressage horse, Urbanus, at the same show.  “First, we got a 65%, with lots of room for improvement but scoring 8’s on the piaffe and passage and canter pirouettes, for second in the FEI Intermediare 2/PSG Test of Choice, and then went on to win the I-2 on Saturday by 3%.”

LivDressage combines a background in biomechanics with the classical training Lagoy-Weltz received during five years riding and training in Europe into her riding and training programs, as well as a unique approach designed to ensure both short-term success and long-term understanding between horses and their riders.

Learn more about Olivia, Lono, Urbanus, and LivDressage at www.livdressage.com 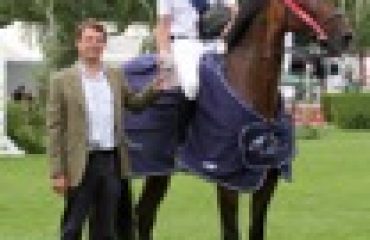 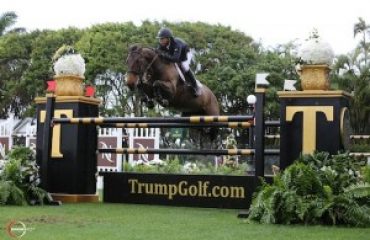 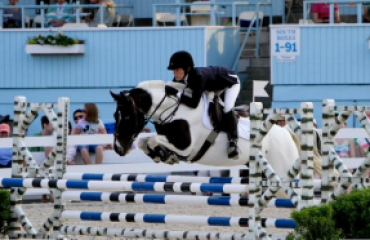