Lexington, KY – August 21, 2013 – Pablos Barrios and his talented mare Zara Leandra have been almost unstable thus far in the 2013 Hagyard Challenge Series. The pair kicked things off by winning the first class in May, and they then garnered wins in both the third and fourth classes of the series. Most recently, Barrios and Zara Leandra finished second in the $25,000 Hagyard Lexington Classic at the Bluegrass Festival Horse Show, further increasing their lead in the hunt for the $50,000 Hagyard Leading Rider Award.

The Hagyard Challenge Series is a summer-long series of seven show jumping events at the Kentucky Horse Park in Lexington. The rider who accumulates the most points in the series will receive a $50,000 Leading Rider Award, presented during the Kentucky National Horse Show in September. The sixth event in the series will be held this week at the KHJA Horse Show, running August 21-25.

While Barrios leads with 980 points, Richie Moloney maintains the second place position with 660 points after placing third aboard Alsvid and sixth with Carrabis Z during the Kentucky Summer Classic. He also earned multiple other placings throughout the five series grand prixs held thus far. Junior rider Wilton Porter moved into the third place finish this week after riding to the blue ribbon with Paloubet. His win this week moves him up to a total of 400 points, edging out previous third place position holder Kent Farrington.

“It’s a nice opportunity for the riders to compete for more money,” said Barrios, who took home the title in 2010. “It’s a good incentive, and I am definitely trying to win this year. ”

Hagyard Equine Medical Institute is one of the oldest and largest equine veterinary practices in the world. Founded in 1876, the institute offers a staff with qualifications unparalleled by any single non-university veterinary group in the equine industry, and Hagyard veterinarians have dedicated themselves to the health and wellbeing of the horse for more than 130 years.

To learn more about the Hagyard Equine Medical Institute, please go to www.hagyard.com. 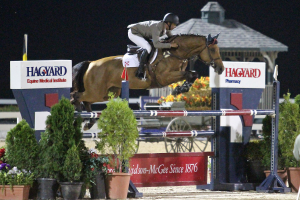 Pablo Barrios and Zara Leandra finished second in the Bluegrass Festival Horse Show’s $25,000 Hagyard Lexington Classic. Photo By: Rebecca Walton. Photo may only be used in relation to this PMG press release. 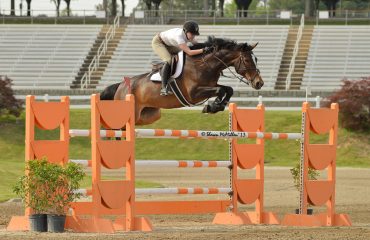 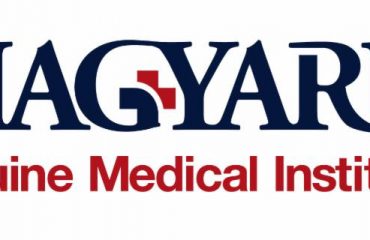 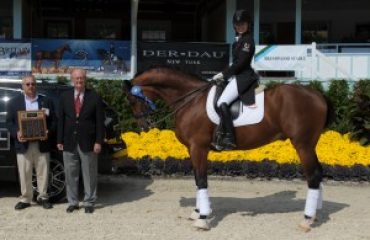