Victoria (Tori) Colvin, now 16 and driving, has been racking up rosettes, tri-colors and various Best Child/Junior Rider titles for many years. As a very young catch rider she climbed on the freshest, hottest ponies and rode so chilly and with such finesse that they went quietly and well on course. She honed her gifted eye for the jumps, graduating young from ponies to junior hunters and expanded her repertoire to include hunter derbies and classics, junior and grand prix jumpers.

For the past three years Tori has been working on her equitation with trainer Missy Clark, who runs North Run with her husband John Brennan in Vermont and Wellington, Florida. “Tori is some talent. She’s unusual – has an amazing feel on a horse – she’s a natural,” said Missy. “Horses jump well for her. She has worked hard to get here. She’s at the age where she wants to fine-tune all the small details, put the polishing touches on her equitation. She is taking her riding to a whole new level. I think that Tori is one of the most talented riders I’ve ever seen.”

Tori was nine when she began taking lessons from Scott Stewart. Soon she was competing junior hunters and jumping 3’6” courses. Her education has been an amazing journey, thanks to Scott, his partner at Rivers Edge, jumper rider/trainer Ken Berkley, Missy, clinics with George Morris, and her mother Brigid Colvin. Tori has partnered with some of the nation’s top show hunters, including Dr. Betsee Parker’s Way Cool, Dedication, Inclusive and Ovation.

“Tori already surpassed the entire junior careers of our best Olympic riders by the time she was 14, so it is a given that she has a unique gift of communication with horses,” said Betsee. “I always enjoy watching how horses draw confidence from Tori as soon as she gets up on them. They become transformed and beautifully shaped in a few minutes because of her excellent balance between her leg and hand. As a person, she is also exemplary, as she never cries if she loses and never criticizes judges or competitors for any reason. I learn from Tori Colvin every day.”

Don Juan does hunters and grand prix jumpers, shown here with Tori in the first round of the 2013 Upperville Jumper Classic.
Photo By Lauren R. Giannini

About riding horses like Dedication, Ovation, Canadian Blue and Way Cool, Tori said: “Betsee has done so much for me – she has let me ride the nicest hunters in the USA and now she has even leased me two equitation horses. I cannot repay what she does for me, but more importantly she really loves her horses and ponies and gives them a forever home, a real forever home. She is genuinely an amazing and truly nice person and owner.”

Tori also love horses, but being crazy about them isn’t enough. She has worked hard to earn success. She’s a good sport, always puts the horses first and has an amazing attitude. “If I don’t win, I have to do better next time,” said Tori. “I’m still building on my horsemanship skills. I’m learning more every day.” She attends Number One Education Place when she’s not traveling on the circuit. She stays incredibly busy, riding at least seven horses, sometimes more, every day. She likes to play tennis, but mostly Tori rides.

Both her parents are horse people. Jim is a farrier and Brigid was a dressage trainer. It took time before they realized that they might have a riding prodigy. Tori hasn’t always been fearless. A pony bolted with her when she was two-and-a-half. Tori instinctively grabbed mane, pulling out a thick handful when she finally got tossed. She seemed unscathed, but when Brigid tried to get Tori back on the pony, her refusal to ride lasted for three years – until Debbie Stephens and Gene Mische gave the Colvins a pony named Buster Brown.

Monsieur du Reverdy, artist Linda Luster, Tori Colvin (in saddle), and Karen Long Dwight who commissioned the duo’s portrait which is visible on the left, unveiled at the 2013 Upperville Horse Show.
Photo by Brigid Colvin

“I don’t remember exactly what happened, but I was petrified and I would not get on a horse,” said Tori. “I had Buster Brown (before I turned six). He was the only pony I would get on – he’s still alive, he’s 34 now – I trusted him. If you have fear, you have to find a good pony and keep riding. It can be really hard to find the right one, but someone offered Buster Brown to me and he was a saint of a pony.”

In 2005 Buster Brown and Tori did short stirrups and were Littlewood Circuit Champions, which pretty much launched Tori’s career. She was riding for the love of it, not for money. She still favors her first “real” pony, Ballou, a quirky and demanding schoolmaster. “I love all the ponies I rode, but he was my first and a brat when I started riding him,” said Tori. “I showed him for two or three years and he pretty much taught me everything. He was very spooky and didn’t want to go over the jumps.”

Tori started Ballou from scratch and thinks he was the hardest pony she ever rode. “He would never do lead changes. He would run me into a lake before he would do a lead change – he did that once, threw me into a lake,” she said. “We were turning a corner and I asked for the change, but he stopped and spun and I went flying into the water. He’s easy now, so much better. Betsee owns him and he lives at her farm in Florida. He hasn’t shown in months, because we didn’t have a rider for him, but I think once we find a rider, Ballou will start showing again.”

During her extraordinary pony career, Tori rode up to a dozen daily and won just about every major title on the circuit. She showed several ponies for Betsee: partnering with Vanity Fair to win the 2009 Large Pony Hunter Championship at Pennsylvania National and piloting For The Laughter to consecutive Grand Championships at Pony Finals in 2009 and 2010.

When she was 12, Tori started doing the high junior jumpers. In 2011 she made her grand prix debut with Monsieur du Reverdy – and won it. The duo put in two clear rounds with the fastest jump-off time at the $25,000 Spring 6 Grand Prix in Wellington. The 13-year-old first-time rookie bested a field of 32, including Margie Engle, Kent Farrington, and Jimmy and Danielle Torano.

Tori has three jumpers and they keep her on the go between hunter and jumper rings at shows. She owns Monsieur du Reverdy (Frenchie) and Chicolina. Don Juan shows under the dual ownership of Karen Long Dwight and Brigid Colvin. Betsee owns 99 percent of Tori’s hunters and equitation horses. The other one percent is comprised of horses Scott wants Tori to ride and Don Juan, who does both hunters and jumpers. Tori is still going strong in the hunter divisions and has competed against and beaten her trainer, Scott. Her sponsors include Equifit, Essex shirts, Grand Prix, Tad Coffin Saddles and Tucci Riding Boots.

Artist Linda Luster, who painted commissioned portraits of Monsieur du Reverdy and Way Cool, made astute observations about Tori and her connection with horses. In both sets of photos taken by Linda for reference, Tori can’t stop caressing the horse, wrapping an arm around its neck, cupping its muzzle. Her connection with horses is obvious, and the actual portraits are brilliant.

“I went to Rivers Edge Farm to take photos of Tori and Way Cool for the painting for Betsee and I just love Tori’s hands in every one,” Linda said. “I think her hands are part of why all the horses she rides respond so positively to her. Tori is very straight forward and open – with horses and with people. She’s a very unique and beautiful person. I first noticed her hands when I took photos of her and Frenchie for the painting commissioned by Karen Long Dwight. Tori’s hands were lovely in every shot then, too. It was at Capital Challenge (2012) and they had just won the North American Junior/Amateur-Owner Jumper Challenge Cup. Tori was so happy with her horse.”

What matters to Tori is horse and rider doing the best they can. Having “feel” is not always an easy gift, neither is putting your horse first, but that’s exactly what Tori did at the 2013 North American Junior & Young Rider Championships. She hadn’t had Don Juan very long, but they knew something was bothering him. The vet had treated the swollen area on his jaw as an infection, but Don Juan was always very sensitive. When Tori rode into the ring for their first round at the Kentucky Horse Park and her horse stopped at the first fence, she knew what to do. She excused herself, which resulted in her elimination.

“Don Juan is a really nice horse, and we hoped he would be okay to go, but after I started out, I thought, no, this is all wrong – he doesn’t feel good,” said Tori. “After we got home, the dentist discovered that he had a small piece of broken jawbone that had to be taken out. We’ve been trying all different bits, but he’s going really good with the hackamore and we’ll probably stick with that for now.”

She hopes to do Young Riders with Don Juan next summer. “It was my first time at Young Riders and it wasn’t very good, but there are so many other horse shows and it’s not good to waste a horse on one show,” Tori said. “I was really disappointed, but then I realized that it wasn’t the end of the world.”

That someone so young has developed such a great attitude towards life’s inevitable ups and downs is mind-boggling. Children really do live what they learn, and Tori said, “My mother’s probably why I am like this. She helps me with everything. She trained me. I’m with her 24-7 at the shows.” In addition to being an uber-talented rider, Tori is articulate, smart, shy, sensitive and polite – a nice kid.

Tori rode in the 2014 George H. Morris Horsemastership Clinic at the Palm Beach International Equestrian Center, December 31-January 4 in Wellington. In her rider bio on USEFNetwork.com she replied to the question about having a hidden talent: “I can read the words behind the 3-D without the glasses.”

Add humble and great sense of humor to her list of attributes. If a positive attitude and work ethic are any measure of potential success, if all the stars align, Tori will more than fulfill her dream of someday riding in Nations Cups and representing the United States in the Olympics. Meanwhile, her drive to improve her horsemanship skills makes Tori Colvin a star right now, whatever might happen in her future. 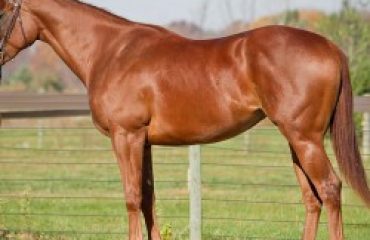 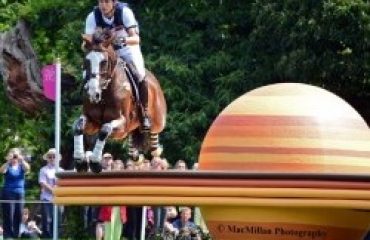 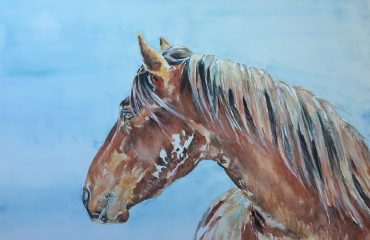