Congratulations to the happy couple! Tara de Nicolas married Bradley Duckworth on February 8th at the Inn at Willow Grove in Orange, Virginia. Bradley is the General Manager for DAMCO and is currently in the Executive MBA program at Georgetown University graduating in May 2015. A former event rider, Tara de Nicolas trained with Marcia Carabell and competed through the Preliminary level aboard W.M. Rigsby from 1999-2003. Tara is a graduate of the Georgetown University McDonough School of Business Master’s in Leadership program (May 2013) and is currently the principal of Georgetown Consulting Group. A devoted animal lover, Tara developed Fashion for Paws for the Washington, D.C. Humane Society raising $3 million in revenue and a significant amount of media attention since 2007. Matt Lowe, a successful junior rider on the show circuit in the late ‘90s, was a member of the wedding party. In lieu of wedding favors, the couple chose to make a donation to the Thoroughbred Retirement Foundation at Montpelier in each guest’s name. At each place setting a horseshoe was placed with a note attached highlighting the support of this important charity. The couple resides in Washington, D.C. with their four beloved rescue dogs.Photo by Rich Kessler

Be sure to stop by the New Vocations booth during the Rolex Kentucky Three-Day event in Lexington and join the Retired Racehorse Training Project and New Vocations as they host Thoroughbreds For All at their Lexington facility on April 25th at 5:30pm, following the Rolex dressage on Friday. This year’s event will focus on the versatility of the Thoroughbred by incorporating a variety of riding disciplines throughout the evening. Guest speakers will include: Olympic dressage rider Linda Zang, Pan American Games eventing gold medalist Lynn Symansky, and Kentucky Oaks winning jockey Rosie Napravnik. Tickets ($35 – includes dinner) can be purchased at www.newvocations.org.

Big shout out to the Keswick Life newspaper in Keswick, Virginia, for reprinting the Sidelines Magazine story “Jimmy Lee Jumps Into the Hall of Fame” that ran in our March issue. Jimmy Lee is well loved in Virginia!

Boyd and Silva Martin are keeping the social media world buzzing with their recent unfortunate accidents. Silva, the dressage rider professional of this husband and wife duo, was schooling a young horse in Wellington, Florida, when the horse tripped and she hit her head on the horse’s neck and hit the ground unconscious. Thank goodness she was wearing a helmet! Boyd, the eventer of the duo, kept the equestrian community updated on Silva’s progress through his blog. While her accident was quite serious, she is currently in rehab in Pennsylvania and Boyd is hoping she will recover 100%. Boyd, on the other hand, isn’t quite 100% at the moment, as he broke his leg while competing Steady Eddie at the Carolina Invitational and required surgery. In true Boyd style he blogged photos of the medics loading him into an ambulance and even blogged photos of his X-rays and steel rod that the doctors inserted into his leg. Get better quickly Boyd and Silva – we want only good blogs from now on!

The Lake Placid Horse Show Association has announced that it will install new footing in time for this year’s horse shows. The horse show had announced plans last summer to install new footing with work to begin at the conclusion of the 2014 horse shows so that all would be ready for the opening of the 2015 Lake Placid Horse Shows. However, with the addition of a third week to this year’s schedule, the horse show feels that it will be better for exhibitors to accelerate the schedule and install the new footing in time for the opening of this year’s horse shows. Great news!

Congratulations to Steve Stephens, Seamus Brady and Daniel Marks, VMD who were recently elected to the Show Jumping Hall of Fame. This is a great honor that is bestowed on a select few whose contributions to the sport of show jumping have set them apart. Those individuals have displayed great dedication, skill, and passion for the sport, and their influence has had a significant impact.

Congratulations to The Communications Alliance to Network Thoroughbred Ex-Racehorses (CANTER) Mid-Atlantic,  for being named one of two beneficiaries by the Wicomico Equestrian Center’s Thoroughbred Festival at Winterplace Park on April 15, 2014. “We are very excited to be named one of this year’s recipient,” said Allie Conrad, executive director of CANTER Mid-Atlantic. “The donations we receive from this exciting event that highlights the off-track-Thoroughbred will go directly to caring for CANTER horses that are now going through rehabilitation and retraining.”

Get well soon to Bevin O’Reilly Dugan! Bevin was at Southern Pines going cross-country and having a beautiful run on Kemmerlin when he lost a shoe at jump 14 and hung a leg at the corner of 14b. Bevin went to the hospital and had two collapsed lungs and three fractured ribs. But you can’t keep a good rider down, because she was out of the hospital in a day or two and is recuperating in Aiken, South Carolina, before heading home to Vermont.

Sidelines Magazine was sad to hear of the passing of hunter trainer Bill Cooney. A celebration of Bill’s life was held in Wellington, Florida. Our condolences to his family and friends. 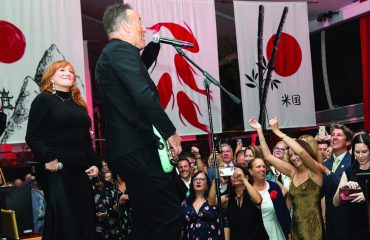 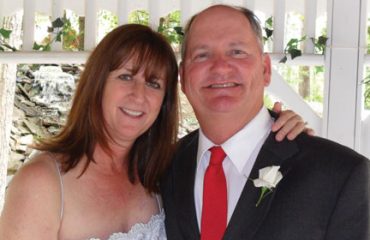 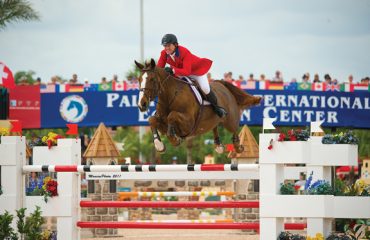