Way to go, ladies! The American Horsewoman’s Challenge is a competition designed to honor and recognize female trainers in the horse industry. The participants have been given six months to work with a horse of their choice, between the ages of three and six with less than ten rides, focusing specifically on Ranch/Trail Versatility, Cowboy Dressage, and Liberty. The Challenge will conclude with a three-day competition at Lazy E Arena in Guthrie, Oklahoma, October 3-5, 2014.

More information can be found at the Challenge website, http://horsewomanschallenge.com/ or the American Horsewoman’s Challenge page on Facebook.

The United States Hunter Jumper Association’s Amateur Task Force created an Ad-Hoc Task Force to review two issues involving the Amateur Owner Jumper and Junior Jumper sections. The members of this Ad-Hoc Task Force are: Tracey Weinberg, Ariane Stiegler, Elaine Fresch, Charles Jacobs, Margaret O’Meara, Jimmy Torano, Kim Land and Marnye Langer, with David Distler serving as an advisor. The Task Force unanimously agreed to recommend to the USHJA Jumper Working Group the following three sections: Low (1.20m), Medium (1.30m) and High (1.40m) and a mandatory split of sections with 80 or more entries. Ariane Stiegler, who formed the Amateur Rider Association of America, said: “I am thrilled and proud to be working with the USHJA and a group of members so diverse in all aspects of the sport. I think we form a strong base to identify and change some of the issues arising today in the jumper ring.”

The FEI World CupTM Finals return to Las Vegas, April 15-19, 2015, marking the Finals’ first time in the U.S. since 2009. The Thomas & Mack Center will host both the Longines FEI World CupTM Jumping Final and the Reem Acra FEI World CupTM Dressage Final. This marks the sixth time that Las Vegas has had the honor of hosting one of the world’s most prestigious equestrian events. The public now has the opportunity to buy all-session tickets for both the Jumping and Dressage Finals, available for purchase at www.worldcuplasvegas.com.

Congratulations to the HumaneSociety.org, on winning the American Horse Publications award for best online, user-focused single article, Healthy Strides, an article about the Humane Society of the United States (HSUS) tackling horse soring in the Tennessee walking horse show circuit through better laws and public pressure. Way to go HSUS!

The Humane Society of the United States (HSUS) also participated in the Walk on Washington, a grassroots event at the nation’s capitol organized by the All American Walking Horse Alliance to bring awareness to the issue of horse soring, and the need for passage of the Prevent All Soring Tactics (PAST) Act. So glad to hear that the HSUS and others are working hard to make life better for walking horses.

Glad to see EquiFit CEO Alexandra Cherubini back in the winners circle! After wining Adult Jumper Championships last year at Devon, Lake Placid and the Hampton Classic, she came back this summer to win the Adult Jumper Classic during the first week of the Lake Placid Horse Shows on EquiFit Carlos.

Wedding bells are ringing for TG Tobey and Norma Valentine. After a 10 year engagement they are planning a small private ceremony before Christmas. They own farms in Aiken, South Carolina, Vermont and property in Wellington, Florida. Norma showed in hunters and TG was an avid foxhunter and polo player. Congratulations to the happy couple!

The Snickersville Hounds hosted their fifth annual Crystal Crown Competitive Trail Challenge, which lived up to its name, thanks to the course designed by whipper-in Robyn Harter. More than 85 riders, English and Western, tackled the nearly 10-mile ride with 10 judged obstacles, including water crossings, gates, bridges, retrieve/carry items, situated over the scenic and varied terrain of Sunnybank Farm in Middleburg, Virginia. The ride awards Grand Champion, Reserve Champion and up to six ribbons in each division; points count toward year-end series. For information, see Crystal Crown Series on Facebook. 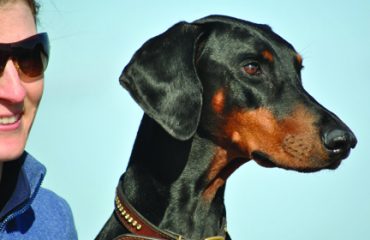 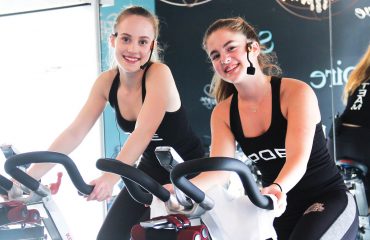 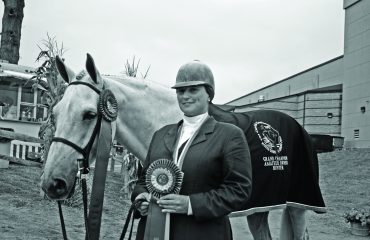