Show jumper Aaron Vale entered his first Grand Prix when he was only 14 years old, setting the stage for his life in the Grand Prix ring where he has amassed over 250 wins to date. Aaron, who owns the farm Thinkslikeahorse in Williston, Florida, holds the record for the most Grand Prix wins in a year, most double-clear rounds in a year and most money won in a year.

Aaron is also known for having multiple horses in the ribbons. He made history in 1997 when he swept the top five places in the $50,000 Grand Prix of Roanoke. A member of two U.S. Developing Riders Tours in Europe, Aaron was on the winning Nations Cup team at the CSIO in Drammen, Norway, in 2001. In 2005, he rode his way to the top for most prize money earned, winning over $500,000 in jumper prize money.

While he’s had tremendous success in the Grand Prix ring, Aaron’s skills have carried him across other disciplines, including riding into the winner’s circle as an equitation, hunter and derby rider. As a Junior rider, he was reserve champion at all three equitation finals, the Maclay, Medal and USET, although he is quick to say he’s glad his equitation days are behind him. He was also named Best Child Rider at the Washington International Horse Show and The Pennsylvania National. Aaron has been the winner of USHJA Hunter International and National Derbies, and twice been the winner of the $500,000 Diamond Mills Hunter Prix.

Aaron shares his horse life with his wife, Mallory, and daughter, Kinser, and stays busy competing as well as running his farm that includes jumpers, hunters and equitation horses. Many of Aaron’s students have represented teams for Young Riders and Prix de States, qualified for the top equitation finals, and many have followed in Aaron’s footsteps and become successful Grand Prix riders.

I rode the day before I was born and the day after. My parents were both horse people. I was born into it in Irving, Texas.

How did your farm Thinkslikeahorse get its name?

It’s my email address. It was meant to be Thinklikeahorse but I was signing up for it during the days of dial up internet. I lost the connection near the end of signing up. When I got back on it wouldn’t let me have Thinklikeahorse so I had to add the S.

What’s it like being married to Mallory, a fellow equestrian?

Best thing in the world because we share a passion for horses. I really got lucky!

Is your daughter embracing the equestrian world?
Yes, our daughter, Kinser, is 7 years old and she currently competes in low-level jumpers on her pony, Magic Beans. She has a very competitive attitude, a lot like her parents!

What do you like best, training students, competing or selling horses?

You were successful in the equitation finals — what’s your favorite memory from that time?

You have had so many Grand Prix wins — are there a few that stand out as special?

Every one of them! It was neat recently to win the first Grand Prix at the new World Equestrian Center here in Ocala, my hometown.

Do you have any favorite horses over the years?

I like all horses so it’s not fair to pick favorites. Horses have given me a great life.

Favorite shows you have competed at?

My first trip to Europe with USET

Tom Brady. Excellence over an extended period of time.

If it’s cold, warm clothing. I really like shoes, too.

Riding a horse and feeling a great jump 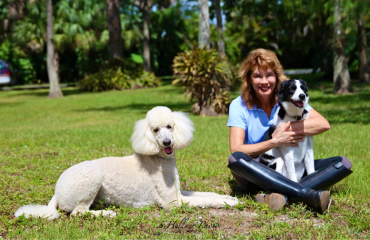 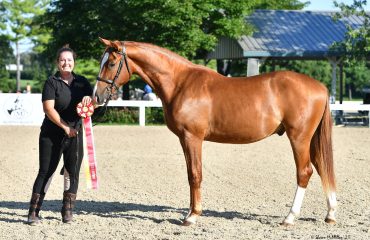 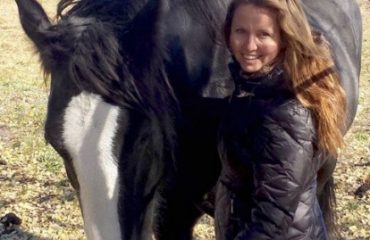