Brad Turley & Pati Martin celebrate the 2nd annual So8ths/Nikon Three-Day Event in the Heart of the Carolinas   The second annual So8ths/Nikon Three-Day Event in the Heart of the Carolinas took place May 3-6 at Southern 8ths Farm in Chesterfield, SC.  Riders, grooms, officials, spectators and guests were clearly impressed by the facilities, the show grounds, the social functions and the quality of clinicians who came to educate participants about the finer points of Long Format competition. Bonnie Mosser aboard Isbond won the Training division   The event drew 38 competitors from beginner to Olympic level, with the more experienced riders using the weekend to give their lower-level horses mileage.  International four-star competitor Bonnie Mosser of Davidson, NC, who has competed numerous times at the prestigious Rolex Kentucky Three-Day Event, won the Training division aboard Isbond with 31.60 penalty points.  Risa Moon of Gray, ME, was second on Lily B (37.10), and British rider Lindsay Staiano Williams of Marshville, NC, finished third with Triumph II (39.20).  Risa and her husband, Richard Moon, shared the Best Turnout Award for the Training division Elliott Blackmon won the Novice division riding Tully Cross Prescott   Elliott Blackmon of Wayne, IL, won the Novice division on Tully Cross Prescott with a score of 26.10, electing to miss her college graduation ceremony in order to compete at the event.  D.C. McBroom of Floyd, VA, placed second on Twain (33.20), followed by Kindell Billingsley of Wesley Chapel, NC, on Keeneland in third (36.10).  D.C. also won the Adult Amateur Low Score award and Best Turnout for Novice division. Trae Meder & Direct Flight took the Beginner Novice division   The three top finishers in the Beginner Novice division maintained their dressage scores throughout with clean rides in the endurance and stadium jumping phases.  Trae Meder of Danville, VA, won on Direct Flight with 30.70 penalty points, followed by Sarah Zimmer of Martinsville, VA, on Mardi Gras in second (32.60) and Jamie Miess of Indian Trail, NC, on In The Zone in third (32.80). Southern 8ths was the first Long Format three-day event for Trae, who won the Best Turnout award for the Beginner Novice division.  “I loved competing here, especially being able to do Roads & Tracks and Steeplechase,” he said. “It went really well right from the start, and the clinicians were awesome.” Bonnie Mosser, whose horse won the Best Conditioned award, concurred.  “The educational clinics made this a learning experience for riders at every level, but it was also a very competitive event from day one,” she said.  “It was well run, on time and a friendly and supportive atmosphere where you could learn what you need to do to get the job done.” Instrumental in arranging the clinic program was Cindy Deporter of Oxford, NC, the Adult Rider Coordinator for the U.S

Read more at the source: So8ths/Nikon Three-Day Event in the Heart of the Carolinas Ends with Thunderous Praise 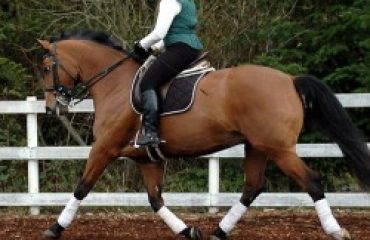 Heels Down: Tips to Help 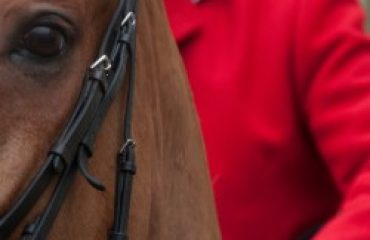 Ways to Continue to Challenge Yourself as a Rider