Monday, December 19 2016 by Editor
By Emily Riden It doesn’t take long into a conversation with Lolly McLellan before one is struck by the young rider’s poise and determination — traits that are also evident every time the 17-year-old steps foot in the show ring. That same composure and resolve are also what have landed the Oregon native where she
Tagged under: capital challenge, equitation, lolly mclellan 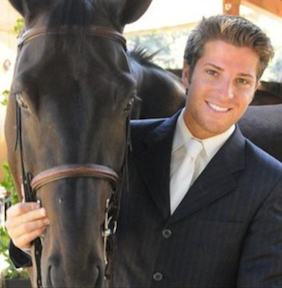 Monday, January 28 2013 by Editor
West Side Story for Sidelines Magazine By Holly Hugo-Vidal  Nick Haness — California Born and Bred  Relatively speaking, Nick Haness is the new kid on the block; however he’s not all that new to the horse show scene. As a junior, he was very successful – acting almost as a junior and a professional —
Tagged under: Along for The Ride, capital challenge, Exclusive, Gelato, Holly Hugo-Vidal, Nick Haness, sidelines-magazine, West Side Story

“The excitement I feel when research uncovers a

The secret is out! The next wave of Legends Horse