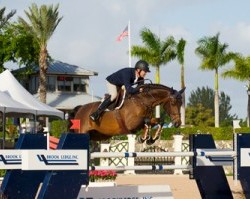 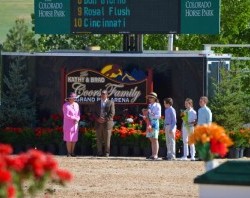 Wednesday, December 11 2013 by Editor
Parker, CO – December 9, 2013 -  The popular series Summer in the Rockies at the Colorado Horse Park is considered one of the most competitive, fun and hospitable competitions in the country. Competitors and members of the United States Hunter Jumper Association (USHJA) made it official by voting for the first week of the series as their favorite USEF Premier “AA”-rated show in Zone 8.   The Member’s Choice Awards Program was developed by the Competition Standards Committee to reward technically excellent and exhibitor friendly competitions and encourage communication between exhibitors and competition management.
Tagged under: chicago, december-2012, education, february-2013, horses, hunter, jumper, september-2013, the-barn-book 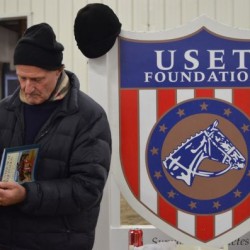 Thursday, December 05 2013 by Editor
Hampshire, IL – December 3, 2013  The final day of the 2013 Chicago George Morris Clinic closed out the three-day event with more auditors and more education. Morris’ clinic has been an annual opportunity thanks to organizer, Diane Carney. Backed by sponsors who also support education, the clinic continues to be one of the best clinics in the Midwest.
Tagged under: archives, chicago, february-2013, higher education, holiday, notes from the field, november-2013, pony tales, the-barn-book, tucker the wunderkind 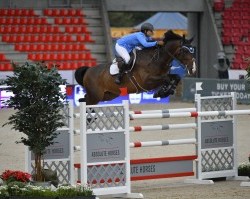 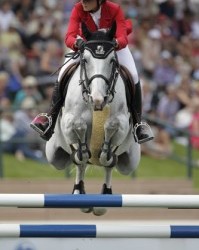 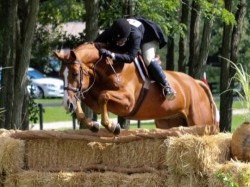 Wednesday, September 04 2013 by Editor
Antioch, IL – August 30, 201 3 – The 2013 Chicago Hunter Derby presented by Chicago Equestrian’s for a Cause will be featured in several TV segments this next week to increase exposure for the event to be held on September 7 th and 8 th in Antioch at Rush and Carl Weeden’s Annali Farm. On Tuesday, September 3 rd , Chicago’s own, WGN Mid Day News will feature an equestrian fashion segment during the 11:00am news show.
Tagged under: archives, chasin', chicago, children, event, horse country chic, olympic sidelines, show world 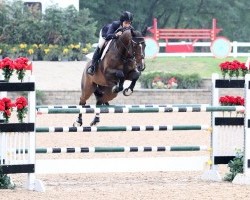 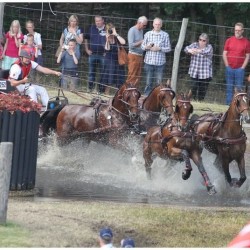 Wednesday, July 24 2013 by Editor
Ocala, FL (July 23, 2013)  -  With his signature flourish in the dressage phase at the Beekbergen CAI-A4, July 18-21, in The Netherlands, nine-time U.S. national driving champion Chester Weber set an early lead (32.97) with an Ultra-good performance.  As in Koos de Ronde’s Ultra, an 11-year-old KWPN gelding that Team Weber has had their eye on for the last two years but, like any top professional athlete, it was a matter of waiting until Ultra became a ‘free agent.’ “Koos de Ronde still owns Ultra and Jane Clark is leasing with an option to buy him,” said Weber. “We have tried for two years to get a deal done with Ultra.  Patience seems to have paid off.
Tagged under: archives, beekbergen, beekbergen-cai-a4, between the ears, chicago, games, show-world, sidelines, sidelines-magazine, summer-showcase, tucker the wunderkind 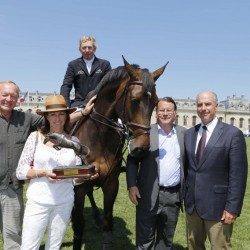 Wednesday, July 24 2013 by Editor
Beverley Widdowson (GBR), owner of the 10-year-old bay stallion Big Star ridden by Olympic team gold medallist Nick Skelton, has been awarded the prestigious title of FEI Owner of the Year for the second year running by the FEI and the Jumping Owners Club.   A year ago, Beverley Widdowson picked up the coveted owner’s prize with her 12-year-old grey gelding Carlo 273, ridden by Nick Skelton to double bronze at the FEI European Jumping Championships 2011 in Madrid (ESP), and which is now the new top horse of Sergio Alvarez Moya (ESP).   “To win this award for the second year running is an incredible feeling, and is testament to all the hard work of everyone on the team involved in the success of Big Star – I am over the moon,” said Beverley Widdowson.
Tagged under: archives, between the ears, calendar, chasin', chicago, christian, director, european, horse country chic, owner, tails & trails 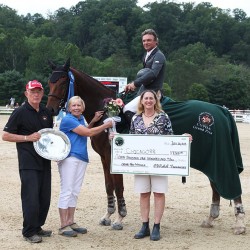