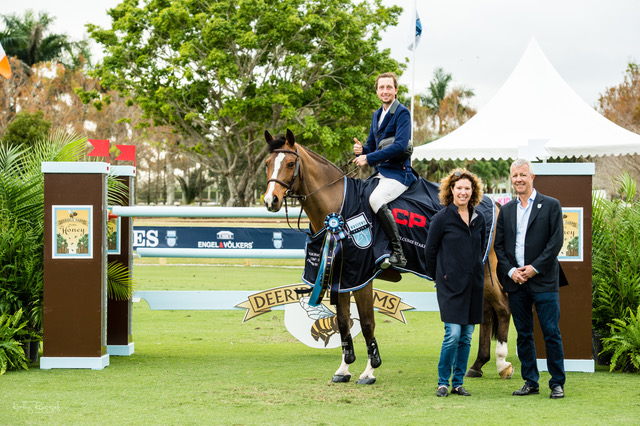 Wednesday, February 26 2020 by Editor
Swiss Olympic rider Martin Fuchs, currently ranked as the world’s No.1 rider on the Longines Jumping list, has returned to Florida to compete at the Palm Beach Masters Series. At the Palm Beach Masters Series in 2019, Martin won the first FEI class of the series, the CP Welcome Stake CSI4*-W. Martin comes from an equestrian family with strong ties to the Olympics: His dad competed in the Olympics in Barcelona in 1992 and his uncle, Markus Fuchs, won a team silver in show jumping at the 2000 Summer Olympics.
Tagged under: Martin Fuchs