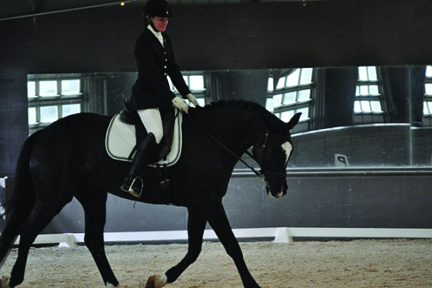 Friday, May 09 2014 by Website Editor
The Dressage Foundation is pleased to announce that Alexandra du Celliee Muller, of Little Rock, Arkansas, is the recipient of the $500 Trip Harting Grant. Alexandra plans to use the funds to continue her education in the United States Dressage Federation Instructor Certification Program. Alexandra has been a member of Pony Club since 1995 and
Tagged under: centerline, donatus, dressage, everglades, Konyot, Parra 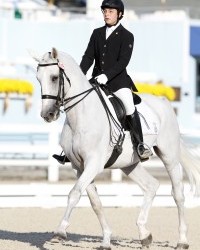 Tuesday, October 16 2012 by Editor
Colombian dressage rider Nicholas Torres Rodriguez and Silver Label won the FEI Junior Individual Test as well as the FEI Junior Freestyle with a 71.575 Photo ©SusanJStickle.com Looking Back on Devon with an Eye on Future Success- Dr. Cesar Parra and His Piaffe-Performance Team Win Big at Dressage At Devon, Prepare for 2013 Show Season Devon, PA (October 16, 2012) – The team at Piaffe-Performance Farms, owned by dressage trainer Dr. Cesar Parra, stepped up their game during the 2012 Dressage at Devon CDI, taking home numerous wins in various classes.  It is a trend they plan to continue throughout the end of this year and into the 2013 Florida winter circuit.  Devon was a banner show for Dr
Tagged under: archives, beyond the track, daughter, davis, devon, injecting perspective, Parra, show world, show-world, tucker the wunderkind