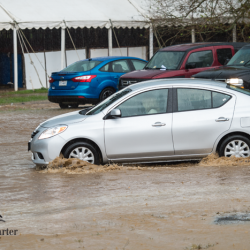 Wednesday, September 03 2014 by Editor
Okay, we lost sleep, following the Jeux Equestres Mondiaux, the acronym WEG in English-speaking countries, but we’re going to be quirky (what else is new?) and refer to them as JEM – because the world championships are gems. In retrospect, now that the first week is complete and the US reining team earned all of the medals, one might question why our other teams didn’t do as well and medal somehow, some way, in eventing, dressage, paradressage and endurance… Well, listen up, because we’re only going to say this one time: to qualify and compete in the world championships is not easy – just getting there is a victory of sorts.
Tagged under: beyond the track, classic-insider, education, february-2012, lauren-giannini, pony tales, sallie-wheeler, september-2012, show world, the-barn-book, tucker the wunderkind 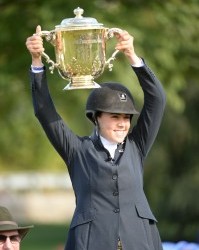 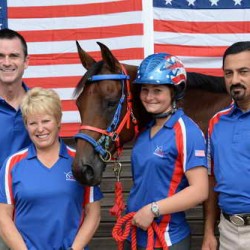 Tuesday, August 26 2014 by Editor
A crew member for the US Endurance Team tends to My Wild Irish Gold, owned by Team veteran Valerie Kanavy and ridden by Kelsey Russell. By Darlene Ricker Photos by Darlene Ricker In the old days, tradition held that Sunday was a day of rest, and that’s exactly what the organizers of the Alltech FEI World Equestrian Games 2014 in Normandy had in mind when they created the schedule of events.
Tagged under: Along for The Ride, beyond the track, endurance riding, games, notes from the field, pony tales, september-2012, september-2013, tails & trails, weg, weg endurance, wordpress-org 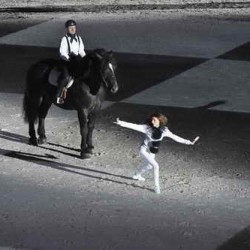 Monday, August 25 2014 by Editor
“Chess piece” (horse) being directed to its next move on the “chessboard” that was created on the arena floor with grid lighting By Darlene Ricker Photo by Diana De Rosa Who else but the French can turn the floor of a soccer stadium into a magical mystery tour? That’s the only way to describe Saturday night’s Opening Ceremony for the Alltech FEI World Equestrian Games 2014 in Normandy.
Tagged under: between the ears, december-2013, education, february-2014, games, september-2012, sidelines, weg 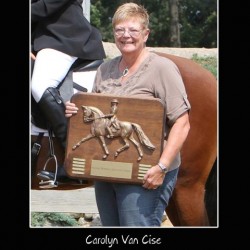 Saturday, August 23 2014 by Editor
August 21, 2014 – The Dressage Foundation is honored to announce that friends and family of Carolyn Van Cise have established a new grant Fund in her memory to benefit young riders from Michigan.
Tagged under: Along for The Ride, february-2014, horses, memorial fund, notes from the field, pacer-pride, september-2012, the hopeful amateur 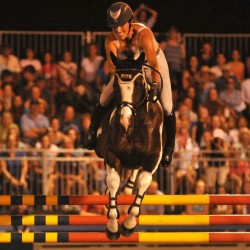 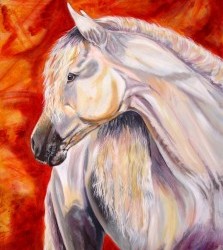 Wednesday, August 06 2014 by Editor
“Dreamer” by Barbara Wright   Get your cameras ready for  Sidelines Magazine’s  amateur photo contest! Send us your equestrian-themed photograph for a chance to win a beautiful canvas print from artist Barbara Wright called “Dreamer.”  The winner will also have their photo published in  Sidelines Magazine . In addition to the overall winner, selected honorable mentions will also be featured in the magazine. All entrants will also receive a free digital subscription to  Sidelines Magazine
Tagged under: Along for The Ride, between the ears, editor's notes, editors-notes, february-2013, great-horse, november-2012, september-2012, sidelines tv, tickets, wordpress-org 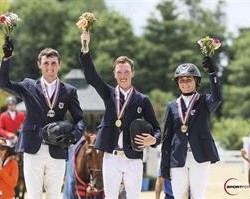 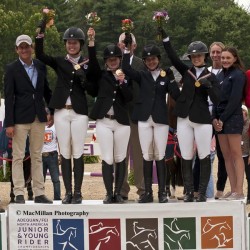