As the United States capital, Washington D.C. is home to the White House, the Library of Congress, the Supreme Court, the Smithsonian Museum, Arlington National Cemetery, and numerous memorials and monuments. But it’s also home of the Washington International Horse Show (WIHS). For a week each October, top competitors from around the world flock to this unique metropolitan indoor horse show.

Many things make WIHS special. “It has history and is downtown in the heart of the nation’s capital,” said Victoria Lowell. “Riders, horses and ponies compete all year long to qualify, so it’s a huge honor to compete. The horses are stabled right on the street during the Washington International Horse Show. Many, many people are able to experience horses who never have a chance to see them. It truly is a ‘horse show for everyone.’”

Vicki has lived in the Washington area since 1987, when her first job after college brought her to live in nearby Rosslyn, Virginia, just over the Key Bridge. After graduate school, she moved to the Maryland side of D.C. and has lived there ever since. She currently shows in the Adult Jumpers with her two horses, Tippi Too and Peace, and trains with Kim Prince.

“I had my first experience showing in my teens at local shows in New Jersey,” Vicki shared. “I stopped riding when I went to college and spent the next 12 years or so ‘growing up’ and saving money to ride again! I started riding again when I was in my early thirties, and the first year I was thrilled when I actually qualified for WIHS!”

Now, Vicki has come from qualifying to compete to being president of the board for WIHS. This year, WIHS will be held October 25-30 at Verizon Center. So as WIHS brings horses, riders and spectators to the capital, what can the capital bring to horse lovers? Vicki had a few suggestions for making the most of a Washington, D.C. trip.

Vicki Lowell, President of WIHS, and Tippi Too competing at the Washington International Horse Show.
Photo by Shawn McMillen Photography

“During the show I like to stay at the Monaco because it’s so close!” Kiddie-corner from Verizon Center, Kimpton Hotel Monaco is a modern hotel in a historical building that embraces both elegance and playfulness. From 8 to 10 a.m. on Wednesday, October 26, stop by the Monaco for breakfast with the mounted police, served each year to the officers as they meet and greet with their horses.

“I also think the histories of the Hay-Adams and the Willard Hotel are amazing,” said Vicki. Enjoy views of the White House and Lafayette Square once enjoyed by Theodore Roosevelt, Henry James, Amelia Earhart, Ethel Barrymore, Charles Lindbergh and others at the Hay-Adams. In a writing mood? Perhaps the Willard Hotel will stoke your muse, as it did for Martin Luther King, Charles Dickens, Walt Whitman and Mark Twain.

Washington has a long list of attractions to enjoy. “I’d definitely recommend the Capitol, the White House and the monuments,” Vicki advised. “They are ‘can’t-miss.’ I also really treasure my visits to Arlington National Cemetery. It reminds me how many people have given everything to our country.”

With some downtime to enjoy our freedoms, Vicki suggests seeing a show at The National Theatre or the Kennedy Center. Enjoy top-notch theater, concerts, comedians, ballet, opera and more. Perhaps shopping is how you’d rather spend your time. Head to Georgetown or CityCenterDC for assortments of stores to please every shopper.

“My favorite stores in Georgetown are Wink, Hu’s Shoes, Frye and Anthropologie, because you can always find something fun, fresh and surprising,” Vicki said. “I also love Longchamp and Hermès at CityCenterDC. They’re such beautiful stores and, of course, I love the equestrian themes.”

If you love pizza like Vicki does, be sure to stop by Pizzeria Paradiso in Georgetown or Dupont Circle. Enjoy pizza of the highest quality, made with fresh ingredients and cooked in a wood-burning oven, or step into the Birreria Paradiso for microbrews and handcrafted beers.

Looking for a cocktail? “I like to go just about anywhere!” said Vicki. “Some of my favorites are LINCOLN Restaurant, the Round Robin Bar at the Willard and Rosa Mexicano.” In a beautiful venue featuring quotes and ideas from the 16th President of the United States, LINCOLN features specialty cocktails such as white whiskey (aka moonshine), Gettysburg Address or a Bloody Mary Todd.

For a fantastic dinner, one need not look far. “Zaytinya and Oyamel are two of my favorites,” Vicki said, “and they’re both so close to the show.” They are also both created by internationally-acclaimed Chef José Andrés, and both regularly rate among top restaurants in D.C. Zaytinya is a modern restaurant inspired by Mediterranean cooking such as Turkish, Greek and Lebanese dishes. Oyamel “combines Mexico’s rich regional diversity with the modern urban atmosphere of Mexico City.”

Tens of thousands of spectators come to WIHS every year, and last year they saw Harrie Smolders of The Netherlands and Emerald win the $125,000 Longines FEI World Cup™ Jumping Washington, presented by Events DC, for the President’s Cup.
Photo by Shawn McMillen Photography

Whether you come to Washington D.C. for WIHS or to explore the country’s history, the city has much to offer everyone — horse lovers included. “In some ways, it’s the worst location for a horse show!” Vicki admitted. “But horses played a major role in building this country, so it makes perfect sense that we celebrate them once a year just steps from the U.S. Capitol.” 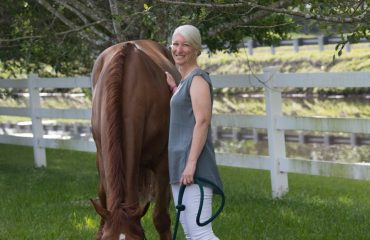 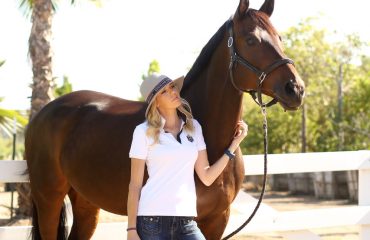