Tanner Korotkin: It’s All About the Journey

Tanner Korotkin owes his life as a successful junior jumper turned young professional grand prix rider to his parents in more ways than one. Yes, they supported his endeavors as so many great parents do. Sure, they also happen to be Alan and Kirsty Korotkin, well-known Wellington trainers, and yes, Tanner grew up surrounded by their expertise at Castlewood Farm. But even beyond that, Tanner’s parents literally bribed him into taking his first riding lesson.

“My first memory of horses is when I was around 8 years old,” Tanner recalled. “My parents were desperately trying to get me to ride, but because I was playing baseball, I wanted nothing to do with it. They put me and my brother Jared on a pony named Sugar, and after we both fell off multiple times we ended up quitting.”

His parents, however, did not give up. When Tanner was about 11, he expressed some interest in show jumping after watching his dad in the grand prix ring, and his parents were ready. “They bribed me with a trip to Universal if I took a lesson with Linda Smith,” Tanner said. “I took the lesson and ended up loving it.”

Growing Up at Castlewood

From the time he first decided to pursue riding, Tanner had his goal in sight. “In the beginning, I was constantly watching my dad and his clients, one of them being Samantha Senft, showing in grand prix all over the country,” he said. “Watching them race around jumping massive jumps, all I wanted was to get up to that level and start competing against some of the best in the world.”

Despite his relatively late start, it didn’t take Tanner long to catch up. He trained with Linda Smith for several months until his parents decided he was serious enough to train with them, and from the time he was 15 through his junior career, Tanner rode with Missy Clark and John Brennan at North Run. But with trainers for parents, his equestrian education didn’t end when his horses were in their stalls.

“It can be tough when the training is 24/7, even during family dinners, anything,” Tanner said. “But the constant training on and off horses is a privilege that not every kid gets, and I will always be beyond appreciative for it. The best part about growing up with trainers as parents is that my greatest supporters just so happen to be my trainers, know everything about the sport and know exactly what to do to keep helping me improve, in and out of the show ring.”

And Tanner’s constant education has paid off. Not only has he brought home top ribbons in national and international grand prix, accumulated many big equitation wins at top competitions like Devon and the Winter Equestrian Festival and won junior jumper championships, but Tanner has been awarded multiple Style of Riding and sportsmanship awards.

“I’ve always tried to follow in my dad’s footsteps for how honorable and nice he is to anyone, no matter the circumstances,” Tanner said. “Whether it’s buying a horse or training with him, it’s hard to find a more honest and kind person than my dad.”

Just 18 years old, Tanner seems to be taking advantage of the experiences of those he’s grown up around and manifests wisdom beyond his years. He has over 10,000 followers on Instagram, but the fact that so many people are watching him is a product of his character, not the other way around.

“My entire life I’ve always tried to just be the nicest version of myself, walking out of the show ring, walking around in public, anywhere,” Tanner shared. “Having a good attitude constantly, no matter how terrible your round is, will get you a long way in this sport. I focus on learning from my mistakes and moving on: We all make mistakes, we all have bad days, we all get angry. Personally, I don’t see a need to allow anyone else to see my internal frustration, and there’s no point in letting a past mistake potentially cause me to make another because I’m still caught up thinking about it.”

Success and the Future

Tanner’s ability to let go of his mistakes helped him at Devon last year, when the first day of junior jumper competition didn’t exactly go his way. He learned from it and moved on to win both the $3,750 Junior Jumper class and the $20,000 Show Jumping Hall of Fame Junior Jumper Classic, securing the Junior Jumper Championship. Since then, Tanner turned 18 and has jumped straight into being a professional this year.

“Growing up as a part of Castlewood has not only brought me great opportunities, but it’s taught me the business side of this sport as well,” he said. “Of course competing is huge, but we can’t forget about the team that makes it happen, and what it takes to actually run a business, from buying and selling horses, to teaching younger kids and much more.”

Tanner recently accepted a job at Sweet Oak Farm and is working under Shane Sweetnam on the road in Tryon, North Carolina; Lexington, Kentucky; and Traverse City, Michigan this summer. He also has two international mounts, Country Boy and Deauville S, and is exciting about the future.

Tanner is thrilled with the ride on Country Boy and said, “I was beyond lucky to get the opportunity to ride an amazing horse such as this one,” Tanner said. “I didn’t think it would come this fast.”

Despite the excitement of the match and potential, Tanner and Country Boy are “taking it slow” as they get to know each other; they started showing in some two-star grand prix at WEF this year, and will continue to move up together. With his busy schedule, Tanner plans to take most of his college courses online through Lynn University, which is only 40 minutes from the show grounds and barn.

Of course, his education also continues at home. He lives with his parents and their five family dogs. His older brother, Jared, never did catch the horse bug, although Tanner said, “Making him hop on a horse was definitely fun to watch!” Jared is a senior studying motion picture at the University of Miami and recently directed a short film at Castlewood.

When he’s not riding, Tanner loves to hang out with friends away from the “horse show craziness,” whether they’re friends from inside or outside of the sport. Even then, he admits he’s usually still thinking about riding,

“Show jumping is my life, and to further myself in this sport, I’m willing to go anywhere and do anything to work my way up,” Tanner said. “I’m focusing on my riding and working as hard as possible to better myself in and out of the ring. I have a great opportunity at Sweet Oak with Shane, and I’m going to see where the road takes me. It’s all about the journey.” 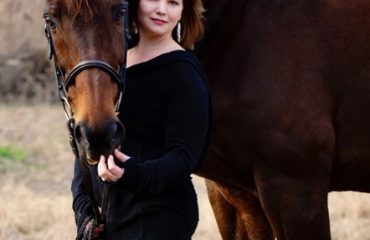 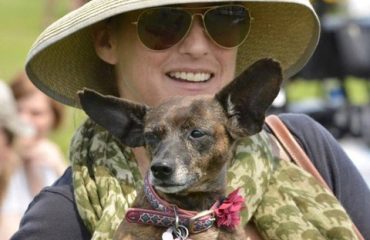 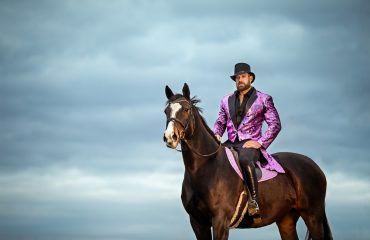