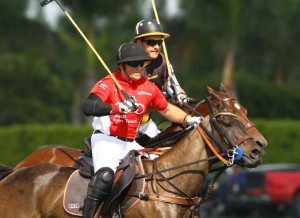 Behind a total team effort and ball-hawking defense, Audi scored a convincing 11-3 victory to eliminate Faraway in the tournament and continue its quest for its first title of 2013.

With the win, Grand Champions Polo Club-based Audi (1-1) remains in contention in the 14-team tournament. Faraway drops to 0-2.

All four Audi players scored a goal from the field.

It was the kind of game where just about everything went right for Audi, including Roldan’s third chukker goal that hit the goal post with a loud thud and bounced in with 4:23 left.

“I actually got lucky with that shot, it went in and that’s all that matters,” Roldan said. “We’re all really happy. We played really solid as a team. It’s good to get our confidence going again.

“We just tried to play our game and stuck to our system,” said Roldan, who shook off getting hit by a ball in the opening chukker. “We knew we had to come out quick, we needed to win, play strong and score as many goals as possible. This was a big win.”

Audi player-padron Marc Ganzi, despite a knee injury, played well on both ends of the field and scored two goals.

“The most important thing today was eliminating mental errors,” Ganzi said. “We looked at the last game and saw a lot of fouls we could have done without.

“What we’ve discovered is if we don’t foul and keep the play moving, eventually we are the kind of team that can make the defensive stop and then turn the ball and go the other way. I think sometimes we were getting too desperate making the fouls and it didn’t help the team, it stopped the momentum.

“I liked our defensive mentality today and liked the fact the four of us worked together and we were all shooting.”

After being called for a technical at 5:57 of the third chukker, Ganzi took a nice pass from Roldan and broke away on a 150-yard run downfield to score his first goal on a perfectly-placed cut shot for Audi’s first goal from the field with 5:24 remaining.

In the fifth chukker, Ganzi gave Audi a 9-2 lead when he picked up Gracida’s rebound shot in front of the goal and tapped it in with 12 seconds remaining.

“We opened up the vertical passing game,” Ganzi said. “All four of us were hitting passes to each other and that changed the game. Winning begets winning. I think that’s always important to get a win.

“Today also started an elimination tournament basically,” Ganzi said. “We know we can’t lose from here on in. Our momentum is there and this is something to build on.” 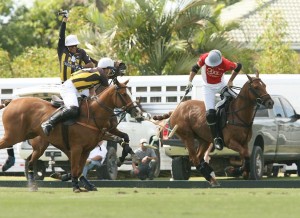 Audi’s Nico Pieres (No. 4) fights for the ball against Faraway’s Pelon Escapite (No. 2) and Santiago Chavanne (No. 3). Photo credit Alec Pacheco

“We were playing much better today,” Pieres said. “We scored some early goals in the first half and that was the key of the game. Everyone played very well offensively and defensively. Marianito played an amazing game.

“This is probably the best game we have played as a team,” Pieres said.

Nineteen-year-old Mariano Gracida, youngest son of Hall of Famer and former 10-goaler Carlos Gracida, found the chemistry with his new teammates that was lacking in his debut game with his new team last Friday.

Gracida, recovered fully from back surgery, replaced his older brother Carlitos, who suffered a broken foot in the Joe Barry Memorial Cup finale, in the Audi lineup.

Gracida played well defensively and came up with some clutch plays hustling early in the game to enable Audi to jump on Faraway for a 4-1 halftime lead. He also scored a goal in the sixth chukker.

“It feels good,” Gracida said. “I had the surgery and didn’t play for a year. I feel better now, before I couldn’t even walk. In the beginning it was tough to get back into the rhythm of high goal. I like playing with this team. They are all great players and good teammates. They helped me a lot.

“We just clicked more today and had more timing on the field,” Gracida said. “We were more-prepared this time. This is a big win for me and a big relief. This is a good opportunity for me. I didn’t think I was going to get a job after that back surgery.”

In other Thursday games, ERG (2-0) remained undefeated with a 15-12 victory over Valiente (0-2). Hector Galindo scored a game-high seven goals for ERG. Villa del Lago defeated previously unbeaten Orchard Hill, 14-12. Both teams are 1-1. Orchard Hill’s Jeff Hall scored a game-high nine goals, seven on penalty conversions. Guille Aguero and Magoo Laprida each scored five goals for Villa del Lago.
On Friday, Victor Vargas’ Lechuza Caracas plays Lucchese at 3 p.m. at Lucchese’s private field. Audi plays Lechuza Caracas on Sunday at noon.
“Victor Vargas and I are rivals and we are friends, we get along really well, it’s fun,” Ganzi said. “I like playing against Lechuza. They are a class organization, they play open polo and they are clean guys. The key will be mental errors. If we don’t make errors and we play a clean sheet, it’s a game we have the capability of winning.”

The prestigious tournament is named after visionary business leader and lifelong polo enthusiast Bill Ylvisaker.
Ylvisaker, a former captain of the Yale polo team, founded the Palm Beach Polo and Country Club. He founded the Polo Training Foundation to teach and develop young polo players. He was a 7-goal rated player and won three U.S. Opens, two Coronation Cups against England and Australia, Gold Cup and four national 20-goal championships. He was chairman of the U.S. Polo Association (1970-75) and inducted into the Polo Hall of Fame in 1994. Ylvisaker died February 6, 2010 at age 85. 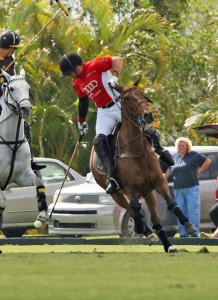 GRAND CHAMPIONS POLO CLUB
WHERE: On the corner of South Shore Boulevard and Lake Worth Road, Wellington.
INFORMATION: There are great field side views for tournament action at the home base of pro teams Audi and Piaget. Everyone is welcome to watch polo during the spring and fall tournament season and other special events including the International Cup, Buzz Welker Memorial Junior Tournament, Women’s Championship Tournament and Gay Polo League Tournament. 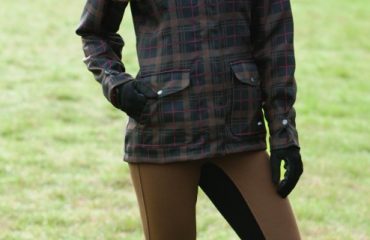 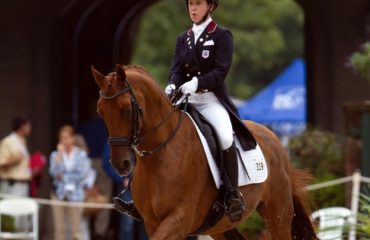 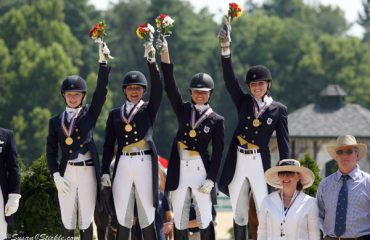