Wellington, FL – April 27, 2011 – The College Preparatory Invitational (CPI) is pleased to announce many exciting changes and improvements to their program for their 2012 horse show. Following an extremely successful inaugural event in 2011, the CPI is already in the midst of developing a bigger and better event for their second year. The 2012 horse show will be larger, allowing more riders to compete, and will include dressage classes and an increase to five scholarships that will be awarded.

The mission of the CPI is to prepare and educate student riders in grades 8 – 12 about the format of college equestrian competition, encourage academics and horsemanship, and to provide the riders with resources to create their desired college equestrian experience. The show is specifically geared to promote college recruitment of equestrians by providing the opportunity for coaches and potential students to meet.

Heidi Lengyel, Co-Founder and Coordinator of the CPI, thinks that the horse show will exceed expectations this year as they continue to expand. “The CPI program will be bigger and better in 2012 and we look forward to seeing the program develop into something really special,” Lengyel stated. “The event will continue to grow and our goal is to continue raising awareness of the amazing college equestrian programs that we have throughout the country.”

Jeanne Rouco-Conesa, Co-Founder and Partner of the CPI, was thrilled with the success of the inaugural event and looks forward to continuing that success next year. She noted, “The partnership between the CPI and the Winter Equestrian Festival has been an exceptional opportunity to expose the country’s young talent to the opportunities that they have in both riding and continuing their education. This year we want the program to be even better, with the expansion of the educational seminars and the addition of many more representatives from colleges and universities around the country. The CPI was developed to provide junior riders with the resources they need to help create their future collegiate equestrian experience and this year’s event will carry that process even further.”

Dressage legend Robert Dover will be an exciting addition to the horse show this year, appearing to judge the new dressage classes at the CPI. Dover looks forward to getting involved and said, “It is a great thing that they are adding Dressage to the program as it is the true basis for all good horsemanship. It cannot help but benefit all of the riders and the sport as a whole to introduce classical training into the College Prep Invitational. I am excited to be a part of it in its first year!”

CPI is also proud to announce that CWD has signed on as the Official Saddle Sponsor. They will providing used demo saddles that will be available for purchase on 24 horses at the CPI event. There will be a raffle for CWD merchandise in which proceeds will benefit the CPI scholarship fund.

The College Preparatory Invitational Horse Show is rooted in the belief that equestrian talent, not finances, should dictate a rider’s opportunity to be a part of a collegiate team. Given the fact that the CPI provides all the horses and necessary tack for the show, riders do not incur the expense of transporting horses to the show. By competing on unknown horses at the CPI, riders have a chance to be seen in a formal competition by a variety of prospective equestrian college coaches on a level playing field.

Auburn University head coach Greg Williams was at the CPI this year and confirmed a CPI rider, Jennifer Delman of Greensboro, North Carolina. Delman was signed to an athletic scholarship. Williams pointed out, “We knew of Jennifer prior to the CPI and were pretty
secure in the fact that we wanted her at Auburn. Seeing her perform so well in that format firmed up that decision.”

Williams said of the CPI, “I thought the CPI was a great, well-organized showcasing of young riders. The information was packaged well, the event ran well, and there were many good riders to see.”

Sally Frick, equestrian coach at Converse College in Spartanburg, SC, spoke about the CPI and how it helped her recruit one of her top new riders this year. “This talented young rider had not even heard of Converse College prior to attending the CPI event,” Frick stated. “Because of the unique method of exposure offered to me as a recruiter from Converse, we were able to help her find the right setting for her college degree. This girl is an excellent rider and we are thrilled to have signed her to the team.”

“I was very impressed with the CPI event and plan on returning next year,” Frick added with a smile. “It was very well-run, organized, and implemented.”

Along with the competition, the CPI will offer seminars and question & answer sessions during the show. Riders and their families will hear about the college equestrian experience and familiarize themselves with the different associations that govern collegiate riding. There will also be a number of colleges and universities present at the CPI to distribute literature and introduce the academic and riding opportunities, including scholarships, offered at their institution.

The inaugural CPI event was held this January during the prestigious 2011 FTI Winter Equestrian Festival (WEF) at the Palm Beach International Equestrian Center in Wellington, FL. The management company of the FTI WEF, Equestrian Sport Productions (ESP), joined forces with the CPI to host the unique event, aimed at both young college-bound equestrians and their families.

Riders showed in Novice, Limit, Intermediate and Open divisions according to their level of experience, showing both over fences and on the flat. With over a hundred entries, classes were divided into sections of 12 and competitors were awarded ribbons through eighth place in each section. Judges included renowned equestrians John French, Nona Garson, and Georgina Bloomberg. Students traveled from all over the country, Canada, Mexico, and the Bahamas to participate.

Please visit the CPI horse show’s website at www.collegeprepinvitational.com for more information about the event, venue, scholarships and much more. 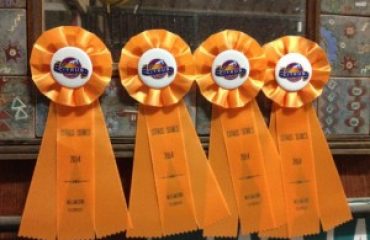 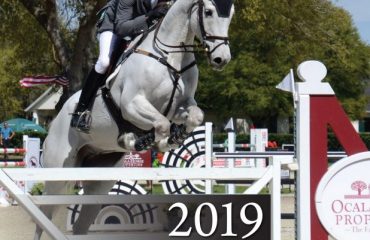