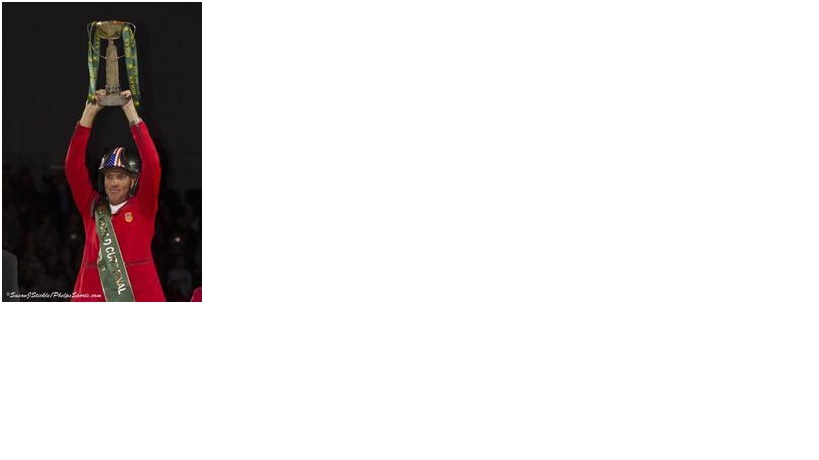 Eight equestrians were nominated for the award and Fellers was revealed as the winner Saturday night at the USEF Pegasus Awards in Louisville, KY.

Fellers’ successes in 2012 made for a season few fans of show jumping will soon forget. With Harry and Mollie Chapman’s small but spectacular mount Flexible (who was named USEF International Horse of the Year on Friday), Fellers was unbeatable for a good portion of the year. Their memorable stretch began in s’Hertogenbosch, The Netherlands where they bested eventual Olympic Gold medalists Steve Guerdat and Nino de Buissonnets by .64s in a jump-off for the Rolex/FEI World Cup Finals Championship. After returning to the U.S. Rich and Flexible, already on the long list for London, entered four Observation Event classes and won them all. Included in those victories were such prestigious classes as the $100,000 Hermes Grand Prix of Del Mar and the $200,000 CN Performance Grand Prix at Spruce Meadows.

The strength of all those wins earned Fellers his first trip to the Olympic Games where he led the team. With a total of five faults, and an immaculate clear effort in Round B of the individual final, he earned an eighth place finish, and the distinction of being the highest placing American equestrian at the Olympic Games.

After London, Fellers and Flexible added another big money Grand Prix to their list of accomplishments by winning the $100,000 Canacord Genuity World Cup at Thunderbird Equestrian Park.

Rich Fellers lives in Sherwood, Oregon and trains privately for Harry and Mollie Chapman. He is one of the West Coast’s most decorated riders and was nominated for USEF Equestrian of the Year by virtue of winning the William C. Steinkraus trophy, presented every year to “an equestrian competing in the Olympic disciplines of dressage, eventing, or show jumping.”

A bio of Rich Fellers is available here.

Rich Fellers flight was delayed due to weather in Portland and he was not able to attend. Harry and Mollie Chapman accepted the award of his behalf.

Flexible, Jersey Boy Named 2012 USEF Horses of the Year
RELEASE: January 18, 2013
AUTHOR/ADMINISTRATOR: USEF Communications Department
Louisville, KY – At the USEF Annual Meeting on Friday horses Flexible and Jersey Boy were named 2012 USEF International Horse of the Year and USEF National Horse of the year respectively. These two winners, determined by a vote that was open to the public, were superstars of their disciplines in 2012 and earned the admiration of voters with big wins and sustained successes. 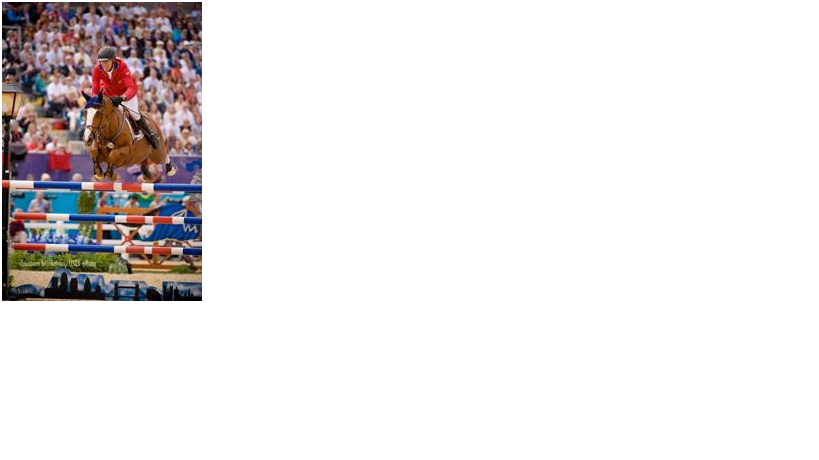 Flexible & Rich Fellers (Shannon Brinkman/USEF)
He’s a little horse that wins big and in 2012 he won the hearts of fans all over the U.S. Flexible’s victories at U.S. Olympic Team observation events in Del Mar (the $50,000 Surfside Grand Prix and the $100,000 Hermes Grand Prix of Del Mar) and at Spruce Meadows (the $35,000 Husky Energy Cup and $200,000 CN Performance Grand Prix) never seemed in doubt and earned him a ticket to London where he and rider Rich Fellers led the U.S. Team. Their 8th place finish in the Olympic Individual Jumping competition made them the highest placing American pair, but it was a performance earlier in the year against Olympic Gold medalists Steve Guerdat and Nino des Buissonnets at the Rolex/FEI World Cup Jumping Finals that was the highlight of their 2012 campaign.

In an absolutely thrilling jump-off, Flexible bested Nino Des Buissonnets by .64 seconds. It was the first time in 25 years that an American pair won the Rolex/FEI World Cup Final, and with that win Flexible jumped into both record books, and the race for 2012 Horse of the Year.

Adding to the impressive nature of his accomplishments is Flexible’s history of overcoming adversity. He is a small horse (15.3h), in a sport usually dominated by big ones, with an unorthodox style. Twice he has suffered from career threatening injuries, but managed to rise again, with the excellent guidance of Rich Fellers, to prominence in the sport of show jumping.

“This little chestnut horse turns up at the farm one day…I thought he was a pony” joked Harry Chapman about his first time seeing Flexible, before going on to say, “the first few miles on the road to success were a little bumpy…but once the road smoothed out, I have to say it was a hell of a ride and I sure hope it’s not over.

Video: 2012 International Horse of the Year

Flexible’s resiliency and talent are undeniable. For anyone that’s seen him in action, his accomplishments in 2012 were no surprise. But it is worth noting that his crowing as 2012 USEF Horse of the Year was never a guarantee until Horse of the Year voting closed in January. This year’s voting was the closest in the history of the award, with the top two horses being separated by less than 100 votes. It was through the passion of his fans and dedicated supporters that Flexible’s exhilarating and triumphant year ended with recognition as the 2012 USEF International Horse of the Year. 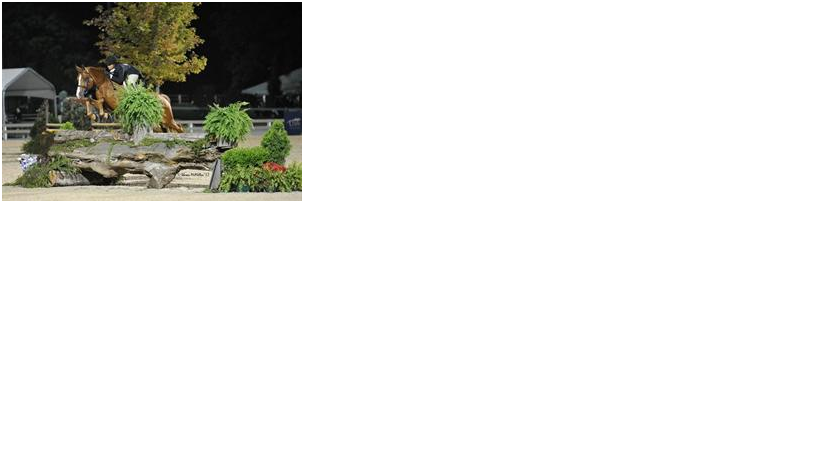 Jersey Boy & Jennifer Alfano (Shawn McMillen)
Jersey Boy dominates. Describing why he is the 2012 USEF National Horse of the Year is as easy as that. If you’re unfamiliar with SBS farm’s impressive 11 year-old gelding, his accomplishments in the hunter ring are unparalleled.

Though Jersey Boy was as good as ever, he came into the year still striving for one major title: USHJA International Hunter Derby Finals winner.

The field at the finals was the best it’s ever been and, with longtime rider Jennifer Alfano, Jersey Boy was sitting in third place after the Classic Hunter round. So, with ground to make up, in front of a packed house at Rolex Stadium at the Kentucky Horse Park, Jersey Boy had to be at his best during the Handy Hunter round. He was. On the strength of that superb round Jersey Boy ended up with a 588.25 score, clinched the USHJA International Hunter Derby presented by Dietrich Equine Insurance win, and put the exclamation point on his bid for 2012 USEF National Horse of the Year honors.

“You know, Jersey Boy is an exceptional Horse, probably the best hunter to have gone through the SBS stables” said Mason Phelps, accepting the award on behalf of SBS Farms, “I’m honored that they asked me to accept this award on their behalf.”

Even with a Hunter Derby Finals win in hand, and a USEF National Horse of the Year title, Jersey Boy shows no signs of slowing down heading into the 2013 season.

The other four USEF Horses of Honor were:

Germ (pronounced Harem) continued to make a name for himself with his perfect performance record in 2012. In 2012 the majestic Friesian gelding added eight additional World titles to his impeccable show record at the IFSHA World and Grand Nationals bringing his career total to 21 World and National titles.

CHCourageous Lord made a remarkable transition in 2012. The big moving gelding had spent much of his career competing in the Open Five-Gaited division, three times winning the Five Gaited World’s Grand Championship at the Kentucky State Fair with Merrill Murray. In 2012 CHCourageous Lord made the bold move into the Five Gaited Amateur division with his new rider Dr. Owen Weaver, and continued his winning ways.

It takes a special kind of horse, one with immense heart and kindness, to compete in para-equestrian dressage and be a champion. In 2012, NTEC Richter Scale demonstrated all those attributes. With rider Jonathan Wentz, the 17.2h draft cross claimed the USEF National Para-Equestrian Reserve Championship and earned a place on the U.S. team at the 2012 Paralympic Games. In London, Wentz and NTEC Richter Scale led the U.S. team to their most successful Championship finish in recent years. The pair twice came devastatingly close to standing on the Individual medal podium, finishing fourth in the Grade 1b Individual Test and fifth in the Grade 1b Freestyle Test.

In 2012, Manoir de Carneville and rider Sinead Halpin assumed their place as one of the top eventing combinations. The pair spent the spring fine tuning their skills by winning an Intermediate section at Southern Pines and then picking up second place in the Advanced at The Fork Horse Trials. In May, they placed second in the CIC3* at Jersey Fresh before traveling to England as a member of the U.S. Eventing Short List for the 2012 Olympic Games. The pair remained in England and trained throughout the summer in preparation for what would be their largest success to date. 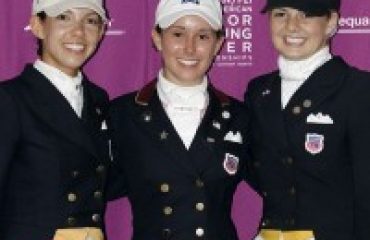 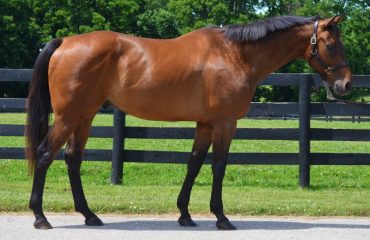