As the founder of JustWorld International, Jessica Newman is changing the world. She started the non-profit in 2003, naming it JustWorld because her inspiration was to create a more just world. Since its inception, JustWorld has helped break the cycle of poverty for children around the world.

Jessica continues to grow the program and has just merged JustWorld in the United States and Europe into one organization. “JustWorld is now the official charity partner with the FEI and we are expanding into all different disciplines,” Jessica said.

As a former Grand Prix show jumper, Jessica competed around the world, but her riding career

began when she was barely 5 years old in Bedford, New York, riding alongside McLain Ward at Shannon Stables. “McLain and I are a couple of months apart in age so we grew up together. We went to school together and rode together,” she said, adding that she had great and funny memories from her childhood. “I had a Shetland Pony named Spunky when I was there and I was on the trails and he put his head down and got me off and I was so mad I grabbed onto his tail and he drug me for miles – drug me along on the ground, but I wouldn’t let go because he wasn’t going to win.”

My mother is French and my father is American, so I grew up between both countries. Both my parents were horse people and rode for pleasure.

Do you have any great memories from when you were showing?

Surviving my first CSIO Derby in La Baule, France, when I was 16. It’s really great that La Baule is now a JustWorld show partner, because it’s very marked in my memory.

What was your favorite division to show in?

Showing in Europe at the international shows. But it was also really cool to show in the American Invitational in Tampa, Florida.

Where do you live now?

Half in Wellington, Florida, and half in Deauville, France

Bringing people together to change the world and do good things. It’s an amazing feeling.

Best memories from your years with JustWorld?

They are still happening, and there are so many that it’s impossible to choose one.

Do you have any favorite horses over the years?

Shamrock, one of my Grand Prix horses — he was my baby. He was a fantastic horse and it was a partnership that was very, very special.

I was at an international show in Europe doing a six bar class and my mare decided to stop and spin. I got caught on the top of the standard and I couldn’t get down because my breeches were stuck. The jump crew had to get me down. I had the biggest black and blue mark.

If you weren’t involved with JustWorld, what career do you think you would have picked?

Still something in the humanitarian field. Or the CIA.

The word ‘vacation’ doesn’t exist in my life — but I remember taking a week off and trekking to Machu Picchu and that was a great week.

I am a good community builder.

What doesn’t kill you makes you stronger and wiser, and every obstacle is an opportunity to learn.

Juan Andres Rodriguez, one of our fantastic JustWorld ambassadors who brought JustWorld to Guatemala, makes the best skirt steak ever. I invite myself over frequently for it.

Time, treasure or talent given to JustWorld

To make everyone be happy

My quarantine activity was growing sunflowers from seed and they are now 8 feet tall and above the roof. It makes you reflect on the miracle of life and growth — starting with a little seed and then having them grow so tall.

As having made a significant change and impact in the world.

Jessica Newman, standing on the right, accepting a check for JustWorld International at the LA Masters with ambassador Olivia Chowdry, standing left, and ambassadors Laura Kraut, mounted on the left, and Hannah Selleck 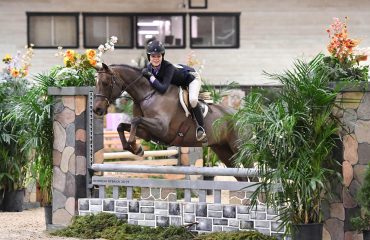 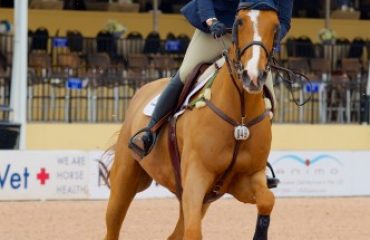 Bringing Home on the Road 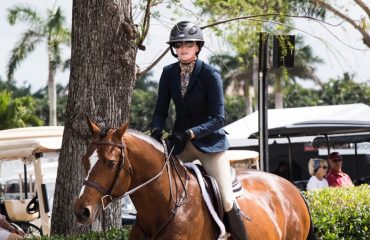