A little background on the Sidelines Tetrathlon.

About ten years ago … give or take one or two memory lapses on our part, The Sidelines Equestrian Triathlon came about as the brainchild of some of the Sidelines staff.  While we were involved with all three disciplines in the Wellington area, they—hunter/jumper, dressage and polo people all seemed to revolve around their own distinct (and very separate) worlds.

How much fun would it be to watch dressage riders get a few bugs in their teeth galloping across a polo field or watch a 10-goaler tackle a 3’ fence instead of a goalpost?  Hunter jumpers playing polo?  Gonzalito doing dressage?  Yagottabekiddin!?

So our fearless leader, Samantha Charles, along with Bill Ylvisaker and Gene Mische took the ball and ran with it, so to speak.  The Sidelines Triathlon was born.

This event personified the very goals of the magazine.  As a publication that covers each of the three distinctly different disciplines intimately, we took on some responsibility for bringing them all together.  And it worked!

Last year, after a three year hiatus, the Equestrian Aid Foundation decided to take back up the reins and add yet another horse sport that is finding its way into the hearts of the English riding folks:  reining.  The Sidelines Equestrian Tetrathlon became even bigger, better and more challenging with a whole new venue and another discipline added to the cross-discipline fun of the Tetrathlon.

Sidelines is still the proud title sponsor of this exciting event and we have almost as fun watching as the riders who volunteer their time (and risk their necks) do participating.

Samantha Charles, founder of the Sidelines Triathlon led the way during opening ceremonies

How much fun is this? A polo player riding a dressage test!

Reining wasn’t on the agenda in 2007 – and clearly it wasn’t taken too seriously! 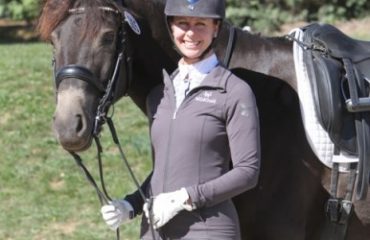 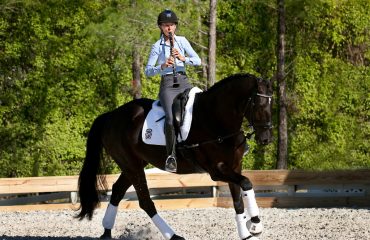 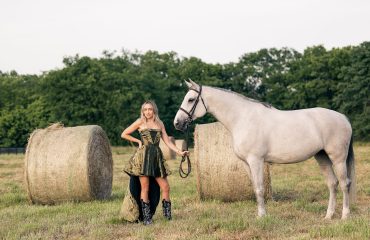 Brandi Cyrus: Her Own Starpower