Wizard, a 15-year-old Oldenburg gelding (Weltmeyer-Pika, Classiker) owned by Peggy Thomas, earned scores of 69.600 percent in the Grand Prix and 70.353 percent in the Special. Lyle was thrilled with the great results and improvement from one day to the next.

“I was very pleased – not only with how we finished, but with the progression throughout the weekend,” she said. “Winning a 4* was huge. I’m happy not just that he won, but that he was honest in places that I needed him to be honest. That for me was the most important.”

A highlight for the pair was their improved piaffe/passage tour, which has been the focus of Lyle’s schooling recently.

“I thought his piaffe/passage was much stronger than it’s been, and I was super happy with that,” Lyle said. “That’s what we’ve been focusing on: solidifying that and getting it to be active, relaxed and confident. I felt like he’s really starting to mature on that.”

“Every horse is a little different in the way that they learn,” she added. “Debbie [McDonald, Lyle’s trainer] has such a big toolbox from the different horses she’s worked with. Sometimes it’s just finding an approach that makes sense to them and going from there.”

Lyle, of Ketchum, ID, is in Wellington with McDonald for the winter season. She has a number of promising young horses in training alongside Wizard.

“I am truly grateful to the Thomases, my sponsors, for giving me the chance to be down here this season with Wizard,” she said. “I think it’s very important that we get to spend the whole season down here, and I really appreciate that they were willing to support that.”

Lyle is also grateful to her other sponsors for keeping her and Wizard happy and healthy. She noted that Wizard’s Trilogy saddle keeps him comfortable and helps him perform his best.

“It allows him freedom of movement in the shoulder,” she said. “It still stays balanced and keeps his back happy. It’s a medium depth seat that gives me security, but still a little bit of freedom to feel like I can be soft and loose in the saddle.”

Lyle plans to compete in the upcoming World Cup qualifiers in Wellington. To earn a spot in the 2014 Reem Acra FEI World Cup Final, she and Wizard must achieve two qualifying freestyle scores that rank them in the top two for the North American League. She is making a few tweaks to her freestyle music to better suit Wizard.

“[Freestyle designer] Terry Gallo is rearranging it and breaking it up a little so it’s a bit different and more rideable for him,” Lyle said. “I think he has a fantastic piaffe/passage, especially in a freestyle environment. We really wanted to highlight his strength and his power – he’s a power horse.” 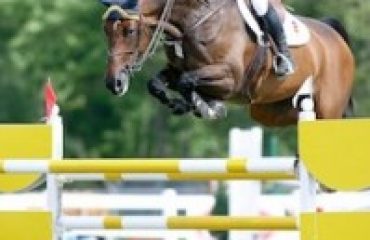 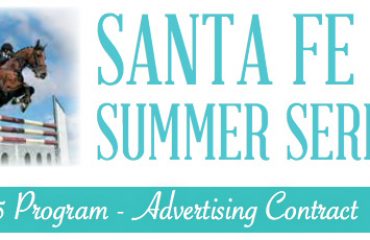 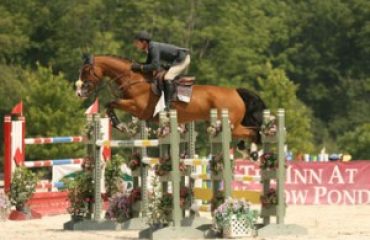