(SPRUCE MEADOWS, Calgary, AB): A record crowd of over 13,000 fans came out to celebrate Canada Day at Spruce Meadows, while cheering on their favourite athletes during the 2012 Spruce Meadows ‘Canada One’ Tournament. 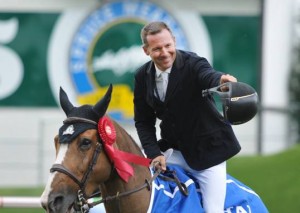 Canada Day competition started off with the 1.50 meter West Canadian Cup, with 34 horse/rider combinations on the playing field. As predicted, Anthony D’Ambrosio (USA) created a tough track for the riders, stretching over 555 meters with 16 jumping obstacles. Four combinations moved on into the jump off, with only one Canadian among them. 2008 Olympic gold medalist Eric Lamaze (CAN) saw to it that Canadians had their win on Canada Day, aboard his 10 year old Warmblood mare, Coriana Van Klapscheut. This marks Lamaze’s second FEI win at Spruce Meadows this season, after taking the RSA Cup during the ‘Continental’ Tournament.

Although it was Canada Day, the American national anthem sounded in the Meadows on the Green after Ashlee Bond (USA) won the $100,000 ESSO Challenge World Cup Grand Prix. Thirty four horse/rider combinations saddled up to tackle the difficult course, also designed by Anthony D’Ambrosio (USA). Again, only four combinations manoeuvred through the 510 meter long track over 16 obstacles to move into the jump off. This is Bond’s first major victory at Spruce Meadows this season, after her mount, Cadett 7, was injured just over a year ago. The 15 year old Holstein gelding was in top form today, however. “It was a long process” commented Bond on the road to recovery. “It took a while, but we got here, and it feels great. This is the biggest win of my career.”

The ESSO Challenge World Cup Qualifier concluded the 2012 Spruce Meadows ‘Canada One’ Tournament. Athletes are keeping their horses fresh and their boots shined for the 2012 Spruce Meadows ‘North American’ tournament, featuring over $1,000,000 in prize money. The headliner event, the $200,000 ATCO Power Queen Elizabeth II Cup, will be held on Saturday, July 7th in celebration of Queen Elizabeth II’s Diamond Jubilee. 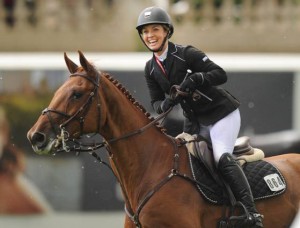 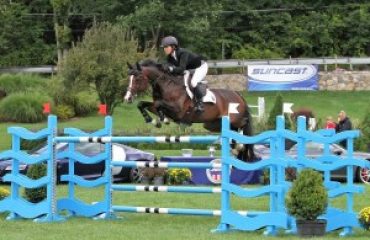 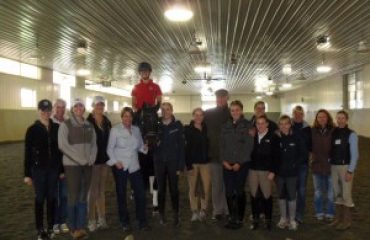