First Time’s a Charm for Caitlin Venezia in the $5,000 Devoucoux Hunter Prix

SAUGERTIES, NY (May 27, 2013) – It was her first Devoucoux Hunter Prix and she sat on a young horse, but the stars aligned for Caitlin Venezia this weekend at HITS Saugerties. The Holly Hill Farm rider of Marston Mill’s, Massachusetts piloted 7-year-old Comex Gold, owned by Jennifer Combs, to a pair of 88’s and the win in the first $5,000 Devoucoux Hunter Prix of the HITS Saugerties season.

“This was only his second-ever derby type class, so it was a really fun challenge for him,” said Venezia of the Liberty Gold Hanoverian gelding she rode. “He is just a remarkable horse – light, brave, scopey – he was fabulous today.”

Venezia rode fourth in the first-round order and set the bar high early for a field of 24 who showed on HITS-on-the-Hudson’s Outside Course. Twelve returned for the second round, led off by Margaret Von Ebers of West Fargo, North Dakota in the irons of her own Prestige. She rode to an 82, which combined with an 81.5 to hold the lead for five trips.

Jennifer Bliss of Katonah, New York moved into the first spot with an 86, which combined with an 82, aboard Harris Hill Farm, LLC’s Extraordinary. That lead remained until the final two rides of the day. Debbie McCarthy of Ridgefield, Connecticut rode Chloe Stables, LLC’s Carma to an 85, which combined with an 87 for the lead. Her glory was short lived, however, as Venezia returned last and bested McCarthy by four points.

After today’s win, Venezia admits that Comex Gold is headed straight for the Diamond Mills $500,000 Hunter Prix Final during HITS Championship Weekend in September. With spring and summer qualifying about to reach its peak, Venezia has added the year-end hunter prix to the top of her to-do list. “He is remarkable and he definitely has what it takes for that class. He really held it together this weekend and I can’t wait to see him in that environment.”

The final results posted McCarthy in second, Bliss in third and Von Ebers fourth, along with Holly Caristo of Saugerties, New York aboard Mr. & Mrs. Ralph Caristo’s Hayden. They coupled scores of 79 and 84 to earn top-five honors. 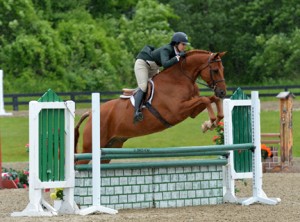 ©ESI Photography
Caitlin Venezia and Comex Gold on their way to a win in the $5,000 Devoucoux Hunter Prix at HITS Saugerties. 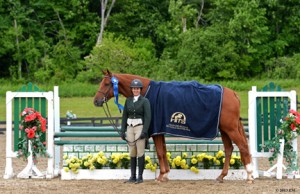 The popular Outside Course at HITS-on-on-the-Hudson also played host to the first $1,500 HITS Hunter Prix of the season. Nicolas Horgan of Charlotte, Vermont clinched Sunday’s prix, a qualifier for the HITS $250,000 Hunter Prix Final,with his own Captain 33. The only rider to post two scores in the 80s, Horgan led the first round with an 85 and finalized his victory with an 86 in round two.

“It was a good day. We worked through a lot with the wind, but it all worked out for us,” said Horgan.

Horgan is planning to ride Captain 33 all the way to the HITS Hunter Prix Final this September and thinks the 7-year-old Holsteiner gelding has a good chance in the class. “He has a great attitude and he is always there for me. We will be back for the whole summer circuit to qualify for the final.”

Kathryn Griffin of Westford, Massachusetts finished second with Judy Rutkowski’s Caschmier. The pair scored an 82 in the first round and a 78 in the second. With scores of 83 and 76, Margot Peroni of Califon, New Jersey was third in the irons of Little Pine Farm, LLC’s James.

Rounding out the top five was Kirsten Ostling of New Canaan, Connecticut with Georgia Bloom’s Not Fade Away in fourth and Sydney Gever of North Caldwell, New Jersey on Ella Gatfield’s Platini in fifth. Ostling combined scores of 81 and 76, while Gever boasted a 75 and a 76.

Riders in both the Devoucoux and HITS Hunter Prix with their sights set on qualifying for the Diamond Mills and HITS Hunter Prix Finals will have weekly opportunities to earn points as the HITS Saugerties season continues. Both finals will return to HITS Championship Weekend and highlight hunters during the world’s richest weekend in show jumping this September. To stay on top of qualifying standings, visit HITSShows.com. 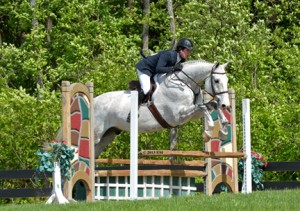 ©ESI Photography
Nicolas Horgan and Captain 33 jump their way to a win in the first $1,500 HITS Hunter Prix of the HITS Saugerties season and start their qualifying run for the HITS $250,000 Hunter Prix Final. 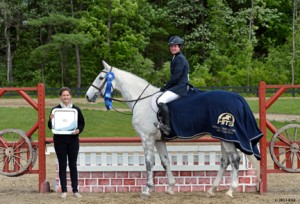 ©ESI Photography
Lindsay Yandon of HITS presents winning awards to Nicolas Horgan and Captain 33 after their win in the $1,500 HITS Hunter Prix at HITS Saugerties.

About Devoucoux
Devoucoux, makers of fine French saddles, is proud to be the title sponsor of each and every qualifying Hunter Prix leading up to the phenomenal Diamond Mills $500,000 Hunter Prix Final. The Devoucoux Hunter Prix will be a featured event at all HITS horse shows this season as riders from around the country set out to qualify for the third-annual Diamond Mills Hunter Prix Final, which will take place September 7-8 at HITS-on-the-Hudson in Saugerties, New York.

About Diamond Mills Hotel & Tavern
Just 100 miles outside of New York City, nestled in the Village of Saugerties, Diamond Mills is a 30-room luxury hotel featuring stellar accommodations, fine-dining at The Tavern and full-service events at a state-of-the art Special Events Center. Diamond Mills is a proud member of the Small Luxury Hotels of the WorldTM, an unsurpassed collection of over 520 luxury hotels around the world. Saugerties’ newest luxury hotel is also the proud sponsor of the Diamond Mills $500,000 Hunter Prix Final, which will take place at HITS-on-the-Hudson as part of the HITS Championship Weekend. For more information about Diamond Mills or the special VIP packages available to HITS-on-the-Hudson exhibitors, please visit DiamondMillsHotel.com or call 845.247.0700. 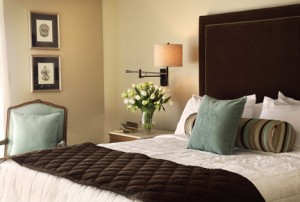 About HITS, Inc.
HITS, Inc. produces high-quality, international-level hunter/jumper horse shows. Based in upstate New York in the village of Saugerties, HITS has been producing shows since 1982 and is now a nationwide company with world-class circuits in California, Florida, Arizona, New York and Virginia. In 2010, HITS took the industry to new heights when it hosted the first-ever Pfizer $1 Million Grand Prix – now the Zoetis $1 Million Grand Prix. In 2011, HITS hosted the richest weekend in show jumping with the return of the Pfizer Million and the introduction of the Diamond Mills $500,000 Hunter Prix Final. In 2012, the historic weekend got even sweeter with the addition of the HITS $250,000 HITS Hunter Prix Final. This year, HITS will host a second $1 million class with the AIG Thermal $1 Million Grand Prix at HITS Thermal.
For more information and a complete schedule of classes and events, visit www.HitsShows.com. Stay connected with HITS, join us on Facebook or follow us on Twitter!