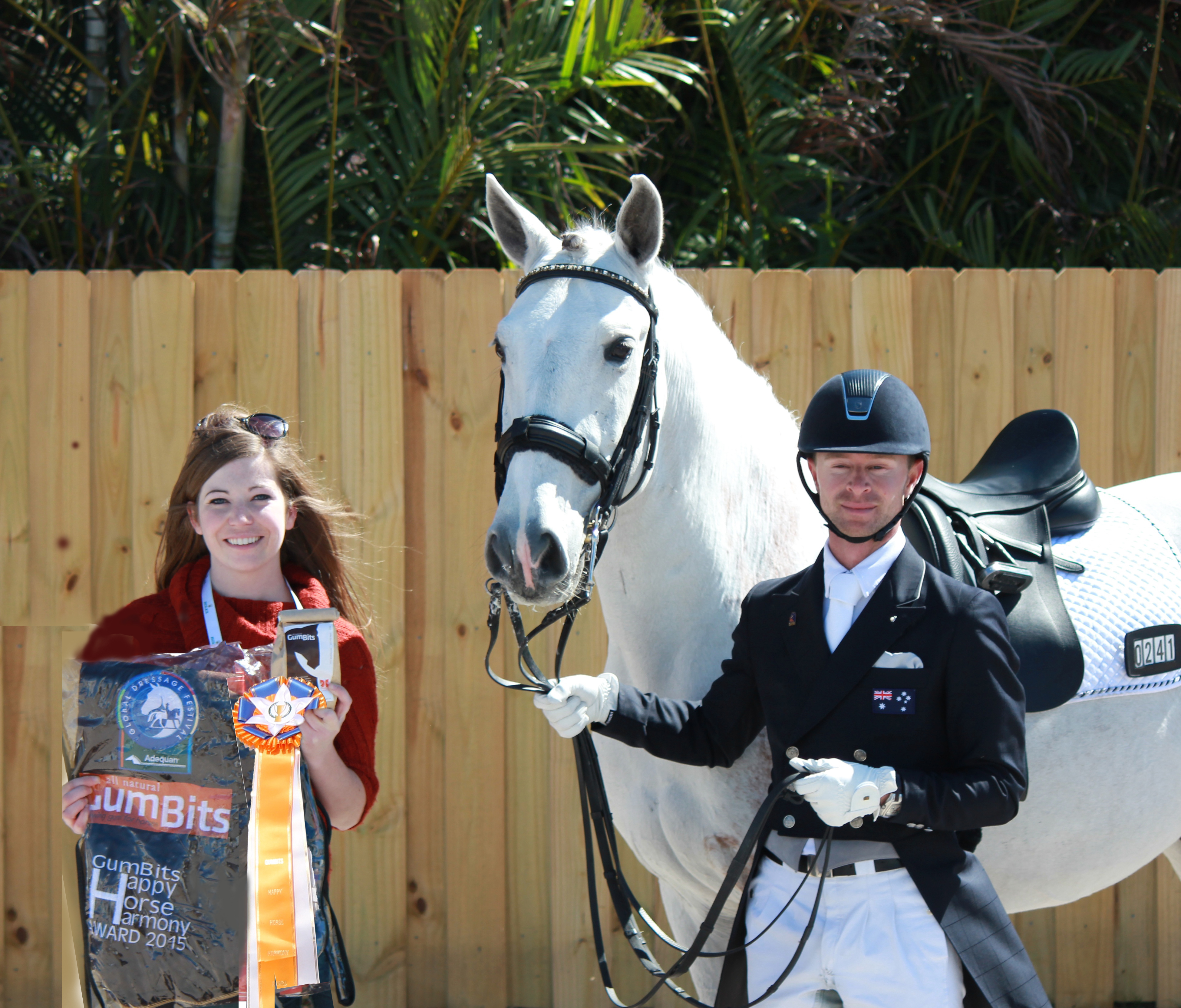 Wellington, Florida (March 2, 2015) — Gusts of wind and unusually chilly weather at the show grounds created a difficult ride for many last week at the 2015 Adequan Global Dressage Festival, but the tense atmosphere made those truly harmonious rides all the more impressive. Among the outstanding pairs drawing spectators’ attention were international dressage rider Nicholas Fyffe and nine-year-old Lusitano gelding Banzai LS (owned by Ginette Brockway), whose strong performances earned them the GumBits Happy Horse Harmony Award.

“It was Banzai’s first time at the Intermediate I level, so I was very proud of how he handled himself in such conditions that we haven’t really been used to the last few weeks. He tried very hard and I am very happy with him,” said the Australian long listed Olympian Nicholas Fyffe. Fyffe and Banzai placed second in the Intermediate I class, and executed another strong performance in the following day’s Prix St. Georges.

The GumBits Happy Horse Harmony Award is presented to riders who demonstrate true partnership with their horses. Selected horse and rider pairs must demonstrate harmony between horse and rider through characteristics such as the horse showing an eagerness to please, soft expression, and suppleness throughout the back. As a sponsor of the 2015 Adequan Global Dressage Festival, GumBits (made by Gambit Atlanta, Inc.) presents the award to deserving riders at every CDI of the twelve-week international show.

Upon accepting the award (a package of GumBits and a GumBits/Adequan Global Dressage Festival wool-blend cooler), Fyffe revealed his secret to such a happy horse: he already uses GumBits to enhance connection and contact with his horses, creating a better partnership in training and competition. “I’m very proud to endorse this product because I think it works really well,” he said. GumBits are small, round treats that promote the salivation process and eliminate teeth grinding, which often can occur during the intense training of high performance sport horses. The sweet-tasting treats are made of all natural FDA approved ingredients and are safe and palatable for horses.

A highly sought-after clinician who has coached multiple top international riders, Fyffe relocated to Wellington in 2010 and has since shown all levels from three-year-old stallion classes through International Grand Prix. He is currently listed on the Australian National Dressage Elite Squad, A Squad, and Futures squad with three different horses. In addition to showing Banzai this week, Fyffe showed his own talented PRE stallion Fiero HGF (Grandioso III x Ibiza, originally owned by Robert Dover) in the FEI Prix St. Georges and FEI Intermediate I, placing first in the latter with an impressive score of 71.053 percent.

Fyffe and Banzai’s owner Ginette Brockway are equally excited about the horse’s progress this season. “I just feel very lucky to be able to ride such a nice horse like Banzai. I actually would like to consider him as my mount for the Australian team for the Nations Cup,” said Fyffe. Brockway said that she would like to show him soon herself when she makes her Prix St. Georges debut. “I think he’s a fabulous horse and I’m really honored to own him,” she added.

GumBits are sold through retailers in the US, Canada, Europe, Australia, New Zealand, and just recently Singapore (in preparation for the 2015 Southeast Asian Games to be held in Singapore on June 5 through June 16, 2015.) Learn more and locate a retailer near you at www.gumbits.com. 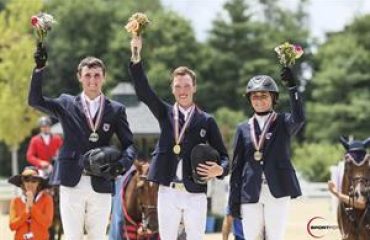 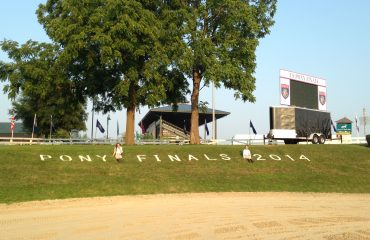