The hunter competition proved tough on opening day, but it was Victoria Colvin, of Loxahatchee, FL, who stood out and proved why she is a formidable opponent in the hunter ring, winning a total of five classes.

In the Small Junior Hunter 15 & Under Division, Colvin’s beautiful rounds aboard Dr. Betsee Parker’s OVATION clinched the win for the pair in all three classes: Over

Fences, the Handy Over Fences, and on the flat Under Saddle. 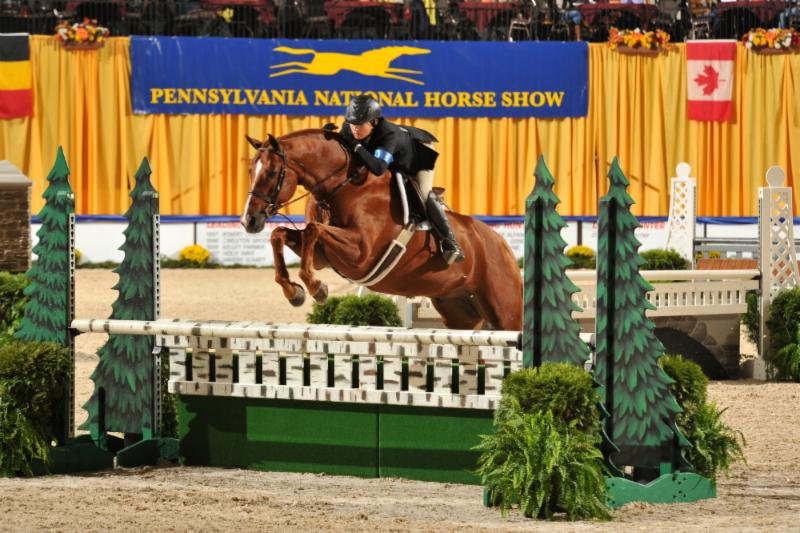 In the Small Junior Hunter 16-17 Over Fences, the rounds varied and so did the placings. Destry Spielberg and ILLUSION won the first class over fences, while Cloe Hymowitz and ENJOY claimed the Handy Over Fences. Ashley Foster and SIN CITY strutted their stuff on the flat, winning the Under Saddle class.

In the Large Junior Hunter 15 & Under Division, Victoria Colvin rode both INCLUSIVE and WAY COOL, but it was the latter who kept his cool winning both the Over Fences and Handy classes.

“He went amazing today!”, said Colvin about her ride on WAY COOL. “Usually INCLUSIVE is a little easier, but today he was fresh”. Colvin has been riding both horses for almost 3 years and trains with Scott Stewart and Ken Berkley.

In the Large Junior Hunter 16-17 classes, it was Lillie Keenan who put the pressure on with WALK THE LINE, winning the first two classes, but it was Taylor Willever and ELOQUENCE who stole the under saddle class. 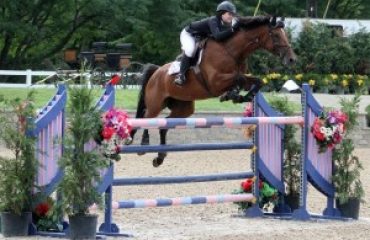