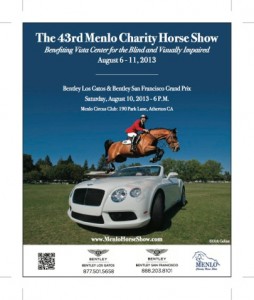 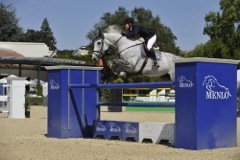 The six-day event features non-stop hunter and jumper competitions from sunrise to sunset in three areas. Spectators can take a break from watching the equestrian action on the polo field and enjoy premier shopping with over 40 vendors to cover everything from home to garden, stable, clothing and jewelry. Vendors such as Antares, Tory Burch, Stephen Silver Fine Jewelry and Emily Joubert will delight everyone from the cowboy to the most sophisticated spectator. Refuel and refresh in the club dining room, coffee shop or enjoy food and drinks from various food and beverage purveyors throughout the grounds.

Highlights of the show include:

Wednesday, August 7 6 P.M.: $2,000 Windy Hill Larry Mayfield Memorial Horse & Hound Jumper (Class 238 1.2 m) This new and unique event will feature teams of a horse and rider and a dog with his handler. Horses and riders will compete over a course of jumps and then the rider will tag the handler, who will race the dog through a course of jumps. Fence heights for the dogs will range from 4” to 16” depending on the height of the dog. Thursday, August 8 5 P.M.: BBQ by Ariat featuring Grillmaster: U.S. Olympic Gold Medalist Will Simpson 6 P.M.: $10,000 USHJA International Hunter Derby – Presented by Dr. Daryl K. Hoffman Friday, August 9 6 P.M.: $10,000 Olivier Luxury Real Estate Ryman Memorial “Take Your Own Line” Speed Jumping Class (1.2 m) 7 P.M.: Gala: Auction and Dinner, generously sponsored by Stephen Silver Fine Jewelry. Guests will enjoy cocktails, silent and live auctions, dinner and dancing. The live auction will include a luxury cruise to Alaska donated by Valerie Wilson Travel, and the 2013 official painting of the Menlo Charity Horse Show: “We Can Do This” by local artist Stacey Turcotte (valued at $5,000). Reservations: FridayGala@menlohorseshow.com, tickets are $250 per person. Saturday, August 10 6 P.M.: $40,000 Bentley Los Gatos and Bentley San Francisco Grand Prix: will showcase premier equine athletes as they compete over obstacles as tall as 5 feet 6 inches. Recent competitors of the Grand Prix include 2008 Beijing Olympic Gold Medalist Will Simpson, Guy Thomas who competed in the 2004 Athens Olympic Games and Peter Breakwell who competed for New Zealand in the 2000 Olympics in Sydney.

Menlo Charity Horse Show founder and co-chair Betsy Glikbarg says, “The Grand Prix is the highlight of our six-day competition and not-to-be missed. Our show was recently awarded the coveted United States Equestrian Federation Heritage Award, one of the highest equestrian honors in the country. We are very proud to welcome Bentley Motors, who will have a major presence throughout the six-day event as theycelebrate the launch of their aptly named luxury sedan, Flying Spur.” 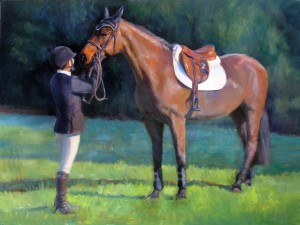 Kendel Qvale of Bentley Los Gatos and Bentley San Francisco continues, “The Menlo Charity Horse Show has a distinguished and celebrated history here in the Bay Area both in equestrian and social circles. We are proud to support the Menlo Charity Horse Show and their commitment to helping Vista Center for the Blind and Visually Impaired serve over 2,500 people in need throughout the Bay Area.”

Tax-deductible tickets for the horse show are available at the gate for $10 per day, children under 12 and adults over 65 are admitted free. A 6 – day pass may be purchased for $35. Ample street parking is available and free shuttle service to the grounds is provided. For further information and schedules, please visit the 2013 Premium Book section at www.menlohorseshow.com, or call: 650-701-0543.

Menlo Charity Horse Show: A 501(c)(3) organization is an AA, USEF Heritage Show benefiting the Vista Center for the Blind and Visually Impaired. Started in 1970 as a one-day show, it has expanded to six days, and is a world-class event attracting many of the most accomplished Hunter/Jumper riders and horses in the United States, Canada and Mexico. It was recently honored with the “People’s Choice Award” as the best show in the Southwest (Zone 10: California, Arizona and Nevada) out of 1,400 shows. In 2012, the show raised $450,000 for Vista Center for the Blind and Visually Impaired. The 2013 show will be August 6-11 at the Menlo Circus Club, 190 Park Lane, Atherton, CA. www.MenloHorseShow.com / 650.701.0543. 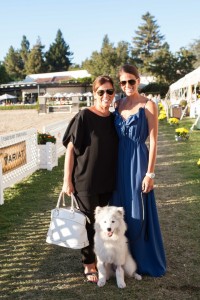 Vista Center for the Blind and Visually Impaired: Serves over 2,500 clients in the Bay Area through its programs promoting independent living and improving quality of life. Vista Center offers services at its two Bay Area centers as well as in the client’s own environment. 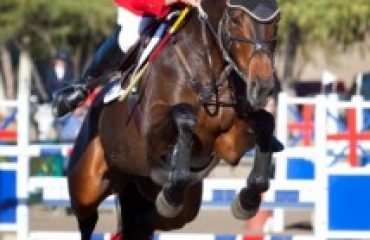 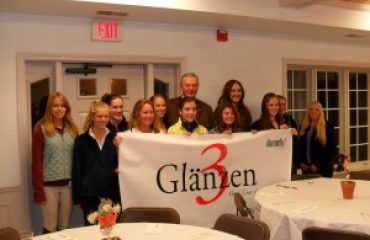