Traverse City, MI – July 19, 2012 – When Mollie Kowalchik walked into the Grand Prix Arena at Horse Shows By the Bay yesterday for the first time, she never dreamed that she would conclude the day with her first two major equitation wins in her young riding career. 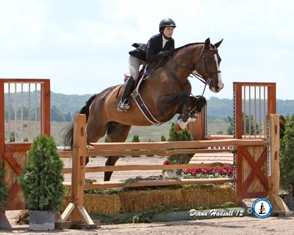 Aboard her 11 year-old Dutch and Swedish Warmblood Uccello, Kowalchik expertly guided the big gelding around the first of JP Godard’s challenging courses in the USEF Talent Search Medal, sponsored by Fox Meadow Farm and the Howard Family. Attempting to ‘fix’ mistakes she watched from contenders before her, Kowalchik was able to hold her rhythm while executing tight, neat turns around Godard’s test. When the flat phase was complete, Kowalchik captured the blue earning 30 points toward qualification efforts for the coveted ‘Finals’ held each year at USET headquarters in Gladstone, New Jersey.

Having ridden to the top of the standings in the Talent Search, Kowalchik immediately competed in the next equitation class, the Ogilvy Equestrian sponsored, WIHS Jumper Phase. With the first major equitation win under her belt, Kowalchik did it again! Continuing where she left off minutes before, Kowalchik went early in the order, and demonstrated how the course should be ridden. 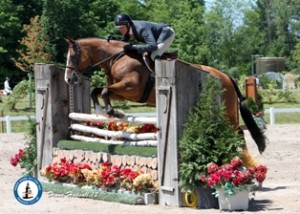 After the double win, Kowalchik grinned ear-to-ear, exclaiming, “I can’t believe this! This is my first major equitation win of my life and it feels great!”

“I’m inexperienced in the bigger equitation classes. This is only the fifth pair of major classes I’ve entered since deciding that I want to learn and compete more in the bigger equitation ranks. I had trouble last week here, and have worked incredibly hard to learn from my mistakes. I’m starting to reach my goals step-by-step and strive to one day qualify for all of the Finals – USEF, Pessoa Medal and ASPCA Maclay!”

As the final week commenced for the professionals in the R.L. Polk Family Main Hunter Arena, there was much back and forth in the 1st Year Green Working Hunter division. The Rattlewood Farms entry, Cascina, ridden by Greg Crolick and Black Label, Martien Van Der Hoeven riding for Augusta Pines, took turns at first and second place honors in the over fences’ classes. Edged out for the blue in the Under Saddle by Spoken For, Kelley Farmer aboard, they did the same but this time for second and third place, respectfully.

In Second Year Green Working Hunter action, it was a satisfying day for Freddie Vazquez as he piloted Mark and Dana Senn’s Sweet Spot to top honors in both over fences’ classes and the second spot in the under saddle. No strangers to the winner circle, the perfectly matched pair have consistently been ones to beat during the past three weeks of Second Green Working Hunter competition in Traverse City, MI.

Vazquez credits Horse Shows By the Bay for bringing out the best in his string of horses. “Last year I came for the first time with only one horse, and this year I’m here with a 30 horse contingent!”

“My horses have never jumped better, both in the hunter rings and Grand Prix Arena…which by the way, is singularly the ‘best’ footing in the world! It’s not often that management listens, and cares to listen. I feel that, as an exhibitor, I have a voice and that’s all you can ask for.”

Featured events for the Horse Shows By the Bay Equestrian Festival finale include:

• Red, White and Blue Day, a tribute to the U.S. Show Jumping Team competing at the London 2012 Olympic Games, will take place Saturday, July 28, 2012. Video and electronic messages of support will be transmitted to members of the U.S. Show Jumping Team – Rich Fellers, Reed Keesler, Beezie Madden, and McLain Ward. All gate proceeds for the day will be donated to the USET Foundation by Horse Shows By the Bay and matched by Karin Flint/Flintfields Horse Park. 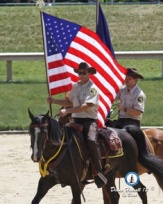 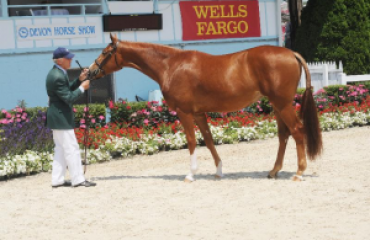 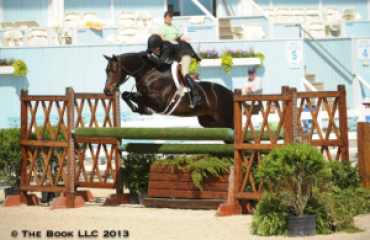