Lexington, KY – July 31, 2013 – The Kentucky Summer Classic, held July 30 – August 4, awarded its first division championships today at the Kentucky Horse Park. In the Stonelea Ring, Christopher Payne rode away with the morning’s first tricolor honor aboard Channing in the Green Hunter division. In the Green Conformation Hunters, Sandra Ferrell and Mariano claimed the top award, while Molly Sewell took reserve with Satisfaction. Sewell then returned on Zin Zin to claim the championship in the High Performance Hunters, with Shawn Casady and Ascot taking the reserve position.

Sewell and Zin Zin, owned by Travis Lingenfelter of Saginaw, MI, came in to the day in the leaders position having earned a first and second over fences and a first under saddle yesterday. Sewell and the 9-year-old Dutch Warmblood added to their point tally today, finishing second in the first over fences class and winning the handy round. The blue ribbon over the first course went to eventual reserve champions Casady and Ascot, owned by the HJ Group LLC of Sewickley, PA. 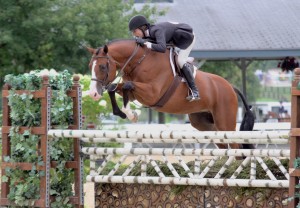 Sewell trains out of Over the Hill Farm with Bill Schaub, and for Schaub, watching Sewell and Casady take the top honors in the High Performance division felt particularly special.

“Molly has been riding and working with me for twelve years, and Shawn started riding with me when he was about 11 or 12. He moved from the ponies on up the ranks with me,” Schaub shared. “There’s something special about watching them trot out there as number one and two, knowing that maybe somewhere along the line you had something to do with it. It’s really fun because they are both super people, and they are both super hard workers.”

Sewell has had the ride on Zin Zin for only a few months, but in just a handful of horse shows they have already proved to be a winning combination. In addition to her success already this week, Sewell and Zin Zin finished third in Sunday’s USHJA National Hunter Derby, a highlight of last week’s Kentucky Summer Horse Show.

Ferrell has had the ride on the 7-year-old Mariano for a little over two years, bringing him along from the Pre-Greens to the Green Conformations and preparing him to be one of Riggio’s successful amateur horses. 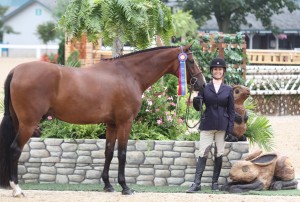 “I love the ride on Mariano because he has a beautiful mouth, and he never touches the bridle. Then at the same time, you have to make sure that you keep enough contact so that he understands what you want him to do. He’s a little bit of an overachiever, so while it has to be a really informative ride from me, it also has to be a really compassionate and quiet ride from me,” said Ferrell. “This year he’s grown up so much, and I think as next year comes along and after that he’s only going to become a better and better horse.”

Ferrell and Mariano’s second blue ribbon of the day came over the Bobby Murphy designed handy course, of which Ferrell was complimentary.

“Sometimes you get courses that are a little technical, but the jumps aren’t full enough or pretty enough that you can really get the horse up to the jump. Today not only was it a nice, smooth riding course with lots of options – which is what we want in the handys – the jumps were beautiful. They had a lot of fill,” explained Ferrell. “We as riders have to have something to ride to, and that was out there today. That made it very nice.”

Ferrell was also complimentary of the Kentucky Summer Horse Shows and her time spent at the Kentucky Horse Park these past two weeks.

“Being here has been really fun for everyone. It’s been like a bit of a vacation. The courses this week were beautiful. It was just lovely to ride here, and it’s hard to beat this facility. People that get to spend a lot of time here are very lucky,” concluded Ferrell.

Christopher Payne is one of those riders fortunate enough to spend much of the summer in Kentucky, competing during all four weeks of the Kentucky Summer Horse Shows. Payne claimed the division championship in the Green Hunters aboard Channing, owned by Susan Moriconi of St. Louis, MO.

Payne imported Channing this spring, and the 7-year-old Holsteiner stallion is quickly showing his abilities in the First Year Green Hunters. The pair earned the blue ribbon in both of today’s Green Hunter classes.

“He’s only done the First Years a handful of times,” Payne mentioned. “For a stallion, he’s the most focused, most peaceful horse. He has huge, huge scope, and he’s just so willing. We’ll be looking forward to getting him started in the derbies. I think he’s going to love all that.”

The reserve championship in the Green Hunters went to Robert Crandall and Café Noir, owned by Lucie Harte.

Hunter competition resumes tomorrow with the Junior, Children’s and Pony Hunters and continues throughout the week, with one of the week’s highlights coming Saturday, August 3, with the $5,000 Hallway Feeds USHJA National Hunter Derby. The Hallway Feeds Hunter Derby Series consists of seven national derbies held during the 2013 show series at the Kentucky Horse Park. For more information on the Kentucky Summer Horse Shows please visit www.kentuckyhorseshows.com. 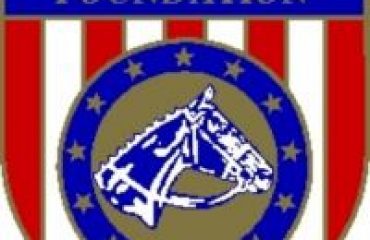 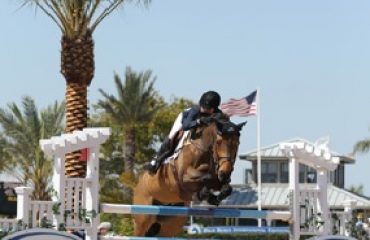 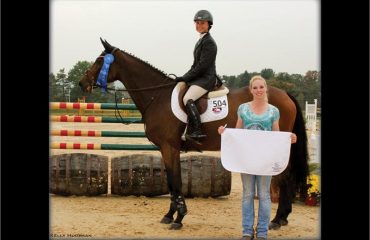