Del Mar, CA – August 25, 2012 – The exhilarating jump-off of the $40,000 Showpark Summer Classic Grand Prix will be talked about for the rest of the season as top West Coast riders put up their best performances attempting to top the leaderboard and walk away victorious. Of the thirty-four horse and rider duos, eleven qualified for the jump-off and spectators and competitors were on their feet watching each and every round. Speed and accuracy played a huge role as the level of intensity grew throughout the competition. 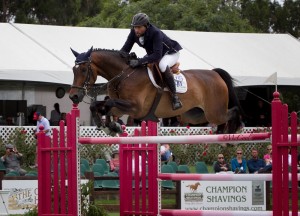 German course designer Olaf Petersen Jr. designed a track that ultimately challenged the up and coming young horses, but in turn, tested the veterans. A wide triple bar, a vertical-oxer-vertical combination and skinny vertical collected the most faults in the qualification round. Of the eleven fault-free rounds, crowd favorite Hap Hansen had their full attention as he guided Archie Bunker through the course, posting a flawless round in 85.596 seconds, yet again in pursuit of that number 100 Grand Prix win. 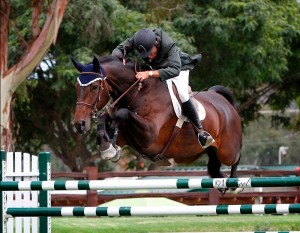 Of the nine nations representing today’s field, six returned with another chance to post a clean round. “I’m happy with the amount of returners,” Petersen commented on the jump-off field, “I didn’t want to make it too difficult, but next week is a World Cup Qualifier so there are still riders and horses preparing for that.” The crowd was yet again on their feet as Hansen returned to the ring. Kicking off the jump-off track with a new oxer, Hansen guided Archie Bunker through a risky but clean round, posting the time to beat of 44.702 seconds. Brazilian rider Josephina Nor-Lantzman galloped into the ring aboard Chello Z ready to post her infamous swift and clear round. Blazing through the course, Nor-Lantzman looked well on her way to surpass Hansen’s time, but with the final charge to the last obstacle, Chello Z had an unfortunate chip on the back rail to finish with a four fault time of 42.554 seconds. 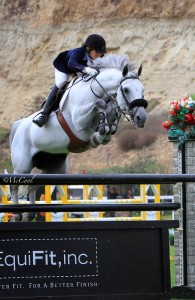 It wasn’t until Mexican rider Patricio Pasquel entered the ring aboard Serge, that Hap Hansen’s clear round would be challenged. Pasquel flew through the track, dodging between fences, turning on a dime, charging to the final oxer to trip the wire in 43.796 seconds, good enough to top the leaderboard, shifting Hansen to second. Half way through the jump-off, Ashlee Bond returned with Wistful to try and better Pasquel’s time. The small but mighty Wistful was able to keep all the rails in the cups, but with a time of 45.116 seconds, would have to settle for third place. 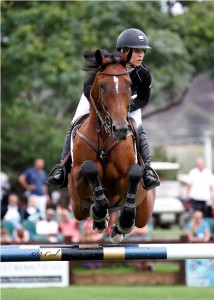 Nearing the end of the jump-off, New Zealand rider Guy Thomas took the field with a mission. From the first obstacle, Thomas was flying through the course and looked to be on his way to posting a winning round. Coming home, Thomas spun Peterbilt around a rollback to a vertical but due to an unfortunate misstep, knocked a rail, resulting in the fastest four fault time of 42.432 seconds. 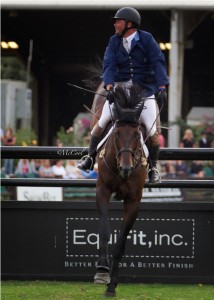 The final round of the day was posted by Paige Dotson and Rockford I. Dotson calmly entered the ring looking over the track to finalize her plan of attack. Dotson was ahead of the leading pace throughout her round, however as Dotson approached the final oxer, she collected Rockford I to guarantee a fault free effort, finishing in 45.345 seconds, good enough for fourth respectively. 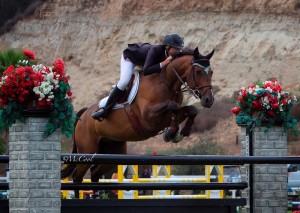 “I am so happy,” Pasquel (MEX) shared with a smile from ear to ear. “Olaf’s course was perfect for Serge because he doesn’t have the best scope but he is very fast. It could not have gone any better.” Pasquel (MEX) will return for next week’s $50,000 Showpark World Cup Grand Prix with hopes of posting the same result aboard his fearless 13-year-old Dutch Warmblood. 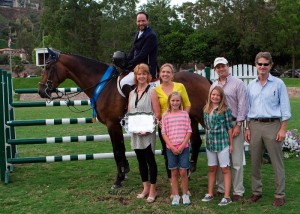 The first World Cup Qualifier in California will be held next week during the Showpark All Seasons Summer Classic, August 29-September 2. The $50,000 Showpark World Cup Grand Prix, presented by EQU Lifestyle Magazine, will showcase some of the top West Coast Show Jumpers with hopes of accruing valuable World Cup points as well as HITS Million Grand Prix Qualifying prize money. Visit the Blenheim EquiSports website for all up to date event information. 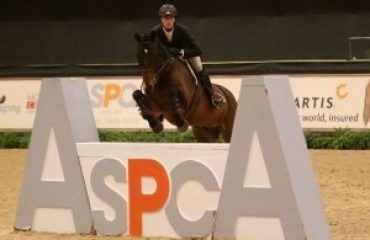 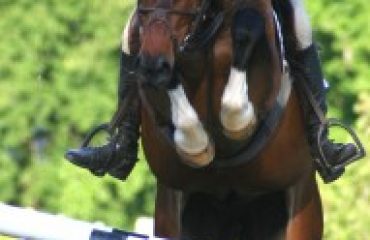 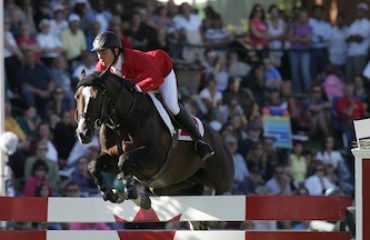