Wellington, FL (January 7, 2013) – Every year Wellington, Florida becomes a mecca for the who’s who in the world of dressage, the new year kicks off with the arrival of hundreds of riders and trainers, their horses and dreams for the season. We caught up with four riders who just settled in for a season of one of the world’s largest international and national dressage circuits. We caught up with George Williams, Chris von Martels, JJ Tate, and Cesar Parra. In between unpacking we got them to share their plans with us.

USDF President, George Williams who leads the charge at Elizabeth B. Juliano (Betsy’s) Havensafe Farm (Middlefield, Ohio and Wellington, Florida), shared with us his plans for the 2013 show season, “We arrived (in Florida for the winter) in November with eight horses. The four horses we plan to compete are Cleopatra, a 10-year-old Hanoverian slated for the small tour, and the amazing Big Tyme, Betsy’s 11-year-old Belgian warmblood. They will continue their small tour success. We also have Riccidoff, a 7-year-old Hanoverian who is just starting small tour, and our youngster, Horizon, a 5-year-old Oldenburg who is competing at second level. Coming from Northern Ohio, the best thing about Florida has to be the weather! We really like the proximity of the shows to the farm and the variety of dates and venues. It will also be wonderful to watch competitions, conferences, forums, etc. This year, our goal is to work toward confirming all of the horses at their appropriate level.”

Meanwhile, Canadian Grand Prix rider and trainer Chris von Martels knows what it means to escape the cold. Chris runs Von Martels Dressage in Ridgetown, Ontario and escapes to Wellington each year. “We are very fortunate to have a great group of really talented horses with us for the 2013 season. There are ten in our barn at the moment, and that number fluctuates up or down by a few at any given moment as a result of the sales success and new prospects coming into the stable. However, we have a consistent group that is made up of a few client horses, and some competition horses. This year I will be fortunate to compete Udon P in the Grand Prix. He is a 12 yr old gelding owned by Whistle Jacket Farm. It’s his first year in the Grand Prix, so we are looking forward to seeing what that brings. I also have my own horse Tiesto, who is a 13 yr old KWPN by Jazz, that will be competing in the small tour,” Von Martels shared.“We spend just over six months in Florida, and my wife works from here full time – so it’s really become a home for us”, he added, “Through our affiliated business, European Dressage Connection, we are delighted to be sponsors of the 2013 Global Dressage Festival and would like to thank the GDF title sponsor Adequan as well as all of the founding partners that have made this facility possible. It’s an amazing opportunity for dressage internationally, and we are excited to be a part of it.” 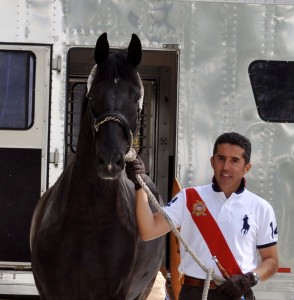 J.J. Tate is another nomad who splits her time between Team Tate Dressage based in Riveredge West in Chesapeake City, Maryland in the summer and Yellowbird Farm in Wellington, Florida, in the winter. As always JJ has a full house. “I have over 20 horses in training. We bring everyone from my semi-retired Grand Prix horse, Cambay, who is now a lesson horse to some of my top competition horses. I have many students who also hope to compete during the winter, which is so easy because of so many shows. I will have quite a few horses to compete this winter so I am really excited about that. Everything from my exciting coming 5 year old, Damiana, to Faberge, who will do the CDIs this year. I’m so happy to be able to get Rosall back in the ring as well after an injury side lined him last year. My young riders, Katie Hiller and Kaitlin Blythe, will be competing at the Intermediare 1 and maybe the Intermediaire II as well. But not all my students compete, they come to learn and be part of a fun and dedicated team. I’m also thrilled to be helping some young talented trainers this winter as well, Ashley Parsons and Sara Spofford-Bilinski Team Tate also is happy to announce their involvement with the Dressage Summit, Feb 9-11. A number of our riders have been selected to be demo riders in this never before held Classical Dressage event! After the Summit, we will be hosting an Instructor’s Seminar with Charles de Kunffy, my 20 + year mentor.”

Last but never least on our tour, was a chat with the ever upbeat, Cesar Parra. Located at Performance Farm, in Whitehouse Station, NJ during the summer and Jupiter/Wellington, Florida, during the winter, Cesar Parra shared his plans for the 2013 season. “We arrived in Florida for the winter with the horses December 14th. I am very excited with the horses for this Florida show season as they have developed well over the past year. I am looking forward to the great weather, super show grounds and to having a fun and successful season.” Parra went on to say, “we have riders and horses of all levels with individual goals. We have talented juniors and young riders that will be looking to qualify for championships, adult amateurs with great goals and I have a talented group of riders from Colombia with us this season. Personally I have a couple of young horses that we will be aiming for the Young Horse Championships. My Grand Prix horse, Van the Man is doing great, so I want to continue with him gaining confidence at the shows. It will be another fun season for sure!” In addition, Parra’s Piaffe Performance Farm is sponsoring the Adult Amateur High Score Award at the Global Dressage Festival. “Amateurs give so much to our dressage sport and they deserve to be recognized with awards such as these.”

With 16 weeks of dressage shows, the 2013 Wellington dressage winter season gives these riders and the hundreds of others who have converged on Florida for the winter circuit a chance to compete with some of the best dressage riders in the world and all spectators a chance to see the impressive sport of dressage at the highest level. Scheduled are great competitions with huge prize money, invitations for top international riders, spectacular educational events, and sweet tropical evenings to attend the melodious musical freestyles. So we kick off the New Year with a salute to dressage 2013 –Florida style!! 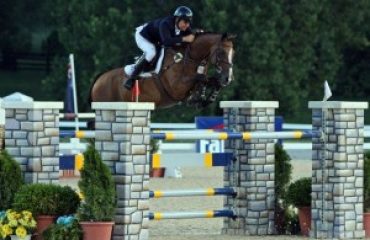 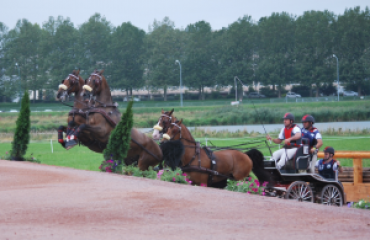 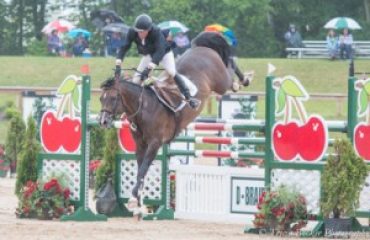