Loxahatchee, FL (August 1, 2013) – For Heidi Degele, having both High Point Horses for both shows at the Wellington Classic in the Tropics I & II, July 20-21, at the Jim Brandon Equestrian Center in West Palm Beach, FL, is tribute to the people beyond the in-gate who make talented horses available to ride and compete.

All my thanks for the wonderful young horses I have goes to Jessica Beier of Greystone Equestrian LLC, Kay Moss, Kenneth Haley, and Kyle McIver,” said Degele, who owns and operates Mesa Farms in Loxahatchee, FL.

Jessica Beier is the owner of Don Fredo HD (Don Frederico x Pik Bube I), the Classic’s Tropic I Saturday High Point Horse after scoring a 75.20% in the Six Year-Old Final Test.  In their second Six Year-Old Test on Sunday, Degele and Don Fredo also had a solid 74.60%. One of the top-ranked horses on the Markel/USEF National Young Horse Dressage Rankings, earlier in the season Don Fredo had the highest (82%) score at White Fences IV in the Six Year-Old Horse test. “The judges,” Degele recalls, “concluded that they see him as a future CDI horse.  He knows his job and is so talented; he didn’t make any mistakes this weekend and I love to ride a horse that knows how to show off and acts like a soldier in the show ring!”

Sonata, owned by Kay Moss, was named the Tropic II’s High Point Horse after judges determined a 77.50% score for their performance in the Materiale Four or Five Year-Old Fillies Class. Sonata and Degele are really two for two as at Sonata’s first outing at the International Horse Sport Premier in January, they also received the show’s high point.  “This mare is a rare talent,” said Degele.  “She never puts a foot wrong and is super uphill, forward and easy to ride.  She is so naturally athletic and uphill that everything is so easy for her.”

Kyle McIver owns Haute Couture, aka ‘Hoppy,’ one of Mesa Farm’s newest rising talents.  Degele and the young horse won Sunday’s USEF Training Level Test 2 with a 67.857%.  McIver bred Hoppy in the United States and competed her dam, Godiva (by Airport), successfully through the Grand Prix.  Both she and Degele are excited to see what the future holds for Hoppy; the 16.2hh Hanoverian mare is by Royal Prince, and her barn name ‘Hoppy’ was given to her as she was born on Easter morning.

Degele also showed her own Lakota, an American Warmblood gelding, and Lionwood Kinsales Lad, an 8-year-old Irish draft stallion owned by Kenneth Haley.  She and Lakota found success in the Prix St. Georges and Developing Horse Prix St. Georges, while Lionwood Kinsales Lad did well in the Intermediaire 1.  Degele has qualified both Lakota and Don Fredo HD for the Young Horse Championships at Lamplight, Illinois, and thrilled to be able to compete both there in August. 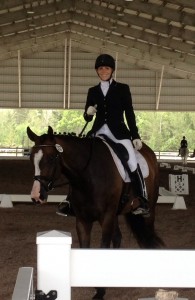 “All of the horses gave me their ‘all’ and excellent rides.  Without their wonderful owners, these horses would not be in the show arena and I have to congratulate and thank them for all of their support,” said Degele.  “All are fantastic horses and consistently prove themselves, and this weekend was no different! I am very blessed to have 5 talented horses to show, and am so grateful both to them and to their owners who give me the privelege of riding and showing them.”

Mesa Farms is Heidi Degele’s year-round training facility where adult amateurs can bring horses for training in the best German and American dressage foundations. She is also available for individualized training, sales and clinics, and is among an elite group of dressage riders and trainers selected as a Custom Saddlery ambassador.  For more information on Heidi Degele and Mesa Farms, please visit www.heididressage.com. 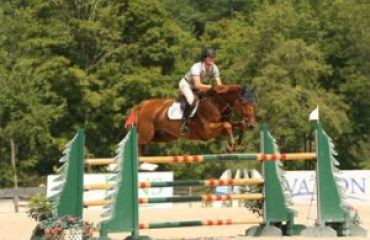 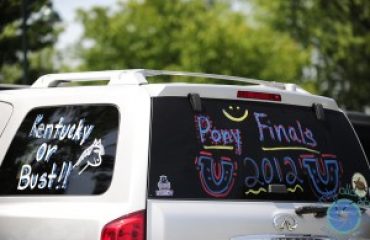 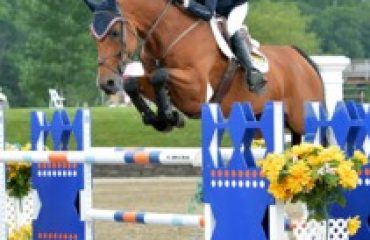