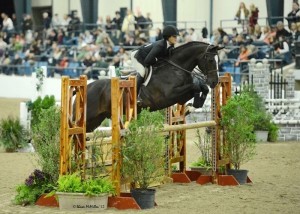 Lexington, KY – September 26, 2012 – It was a weekend full of anticipation and exhilaration as the top junior riders in Region 4 gathered to compete for the coveted championship title at the ASPCA Maclay Regionals. Not only did Uphill Farm capture numerous championships throughout the hunter divisions, but Taylor Schmidt rode to the first place finish in the prestigious equitation class, coming out on top with fellow student Meredith Darst on her heels for the second place award.

Beads of sweat sat upon the competitors’ brow as the Region 4 Maclay Finals got underway. Taylor Schmidt laid down a beautiful course over fences, using the 7-year-old Acortair’s large stride to traverse the challenging course smoothly and maintained a strong and consistent rhythm.

“I cannot thank the Patton family enough for allowing me to borrow Acortaire for the Regionals,” Schmidt explained. “The original horse I was going to ride was not the right match, and even though I only had one day to prepare with Acortaire, he is so smooth and very well put together.”

Schmidt was called back into the flat phase in the third place position; however, she moved into first place at its completion. The standings stood solid with no test, and Meredith Darst aboard Copyright, owned by Lochmoor Stables, captured the second place honors.

Schmidt continued, “I think Acortaire’s large stride was what really gave us the edge. He has a very nice way of going, and we were able to leave a stride out in the first line. We really had an advantage.”

“I am still in shock,” Schmidt laughed. “I wouldn’t have thought this was even a possibility back in June when I didn’t even have any equitation points for qualification. None of this would have happened without Tom, he really helped me, and it was through him that I connected with Missy Clark. The two of them prepared me mentally and worked with me constantly on my rhythm, tack work and lower leg position. I am so grateful for everything and this opportunity.”

Hayley Barnhill was very active in the preparation and training for both the riders and their horses. It was only two years ago, that Barnhill added the 2010 ASPCA Alfred B. Maclay Finals to her ever-growing resume. She assisted each of the riders by giving numerous helpful hints, showing their horses in the Special Hunter division and supporting them throughout the extent of the demanding Regionals.

Darst continued her success into the Zone 5 Horsemanship Finals. She secured the first place finish aboard Copyright. She once again rode to the top honors in the Pessoa/USEF Hunt Seat Medal, finishing a phenomenal week with an array of prestigious awards. Aboard Tilou, owned by Lochmoor Stables, Darst was awarded the Small Junior 15 and Under Hunter Reserve Championship upon earning two first place ribbons and a third over fences, as well as the second place in the under saddle. She also piloted Lightning Z, owned by Lochmoor Stables, to the Large Junior 15 and Under Hunter Championship with three first place ribbons over fences and the third in the under saddle.

Fellow junior rider Reid Patton navigated her own mount Lennon to the Small Junior 16-17 Hunter Reserve Championship. Patton guided the gelding to the top finish in the over fences, also earning two additional third place ribbons and the first place honors in the under saddle. She also guided Von Dutch to very consistent ribbons throughout the divisions, but it was Lennon’s day to shine. Von Dutch did however catch the judges’ eyes in the Regional Maclay Warm-up, earning the fourth place finish. The pair also rode to the tenth place finish in the ASPCA Maclay Regionals, and will continue to the Alltech National Horse Show for their chance to compete against the nation’s best.

Hayley Banas also put forth a great effort this past week at the Kentucky National Horse Show. Banas piloted Royal Step, owned by Brampton Woods Farm, to the second place honors in the Platinum Performance/USEF Show Jumping Talent Search. She also rode Royal Step in the ASPCA Maclay Regionals, earning the 25th place for her solid round and efforts in the flat phase. Her success did not end there as the pair picked up the fifth place in the WIHS Equitation class.

Martha Ingram took the Kentucky National Horse Show by storm, capturing the Small Junior 15 and Under Hunter Championship with Glass Castle, owned by Elm Rock LLC. The pair earned the blue ribbon prize over fences, as well as two second place awards. Martha also rode Glass Castle to the first place finish in the under saddle. She continued her success aboard Cayero, owned by John and Stephanie Ingram LLC, where the talented pair took home the first place award, two seconds and the third place ribbon in the over fences, riding to the reserve championship in the Large Junior 15 and Under Hunters. Ingram also had a phenomenal finish in the Region 4 ASPCA Maclay Regionals with Tenacious, finishing in the 11th position.

Martha’s father, John Ingram, also had a fantastic horse show. John showed Superman to two first place finishes in the Amateur-Owner 35 and Over Hunters, laying down beautiful rounds over fences and in the under saddle.

Hayley Barnhill piloted Missy Luczak-Smith’s top mount Encore to the top of the leader board during the Second Year Green Working Hunters. Luczak-Smith and Encore have had a fantastic season, and with Barnhill in the irons, the gelding continued to leave nothing to chance, garnering the Second Year Green Working Hunter Reserve Championship tricolor. Barnhill steered Encore to two first place ribbons, the third place over fences, and the second place award in the under saddle. Luczak-Smith was also awarded two first place ribbons over fences in the Amateur-Owner 3’3″ Hunters with Encore, also scoring top ribbons with Surf’s Up in the Adult Amateur 36-49 Hunters.

Laura Karet was right on Luczak-Smith’s heels, riding her very own mounts Caliber and Ocean Front to good ribbons throughout the Adult Amateur 36-49 Hunter division. She was awarded the third place honors with both of her mounts, earning a nod from the judges in both the over fences and the under saddle with her talented horses. Karet also rode to the first place finish in the WIHS/NAL amateur Hunter Classic with Caliber.

“Everyone really rose to the occasion for the Kentucky National Horse Show. It was a great week of competition,” Tom Wright concluded.

Although originally from California, Wright has trained show hunters, jumpers and equitation on the East Coast since 1980. Wright and his team of trainers and riders at Uphill Farm, have become an unstoppable force in the equestrian sport, earning top honors at the best nation’s most prestigious horse shows. Using a training technique that stresses methodical preparation, encourages strong horsemanship, and uses forward thinking; Wright has worked his way to the top. Wright is the only trainer to have won the AHJF Hunter Spectacular of Palm Beach an astounding five times. He has trained numerous Maclay and Medal winners, including 2010 USEF Hunter Seat Medal Finals and 2010 ASPCA Maclay Finals winner, Hayley Barnhill. 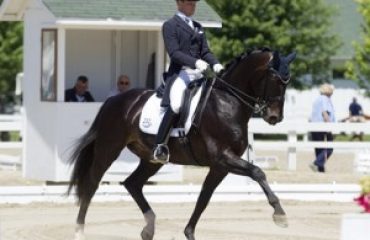 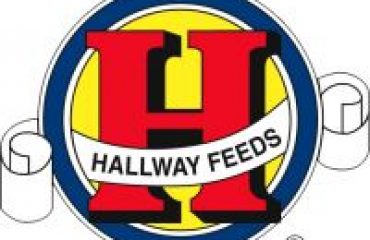 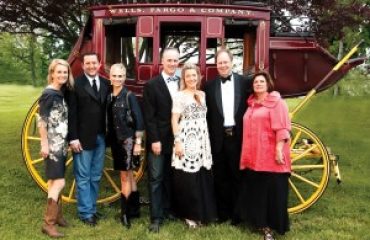