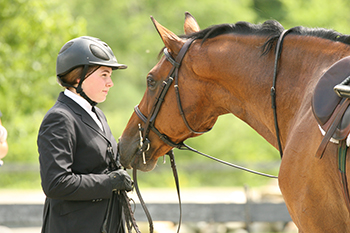 A young athlete contemplates the competition at the 2013 Vermont Summer Festival.
Photo by David Mullinix Photography

United States Equestrian Team veterans Jimmy and Danielle Torano will be among the familiar faces in the grand prix ring, as will 2004 Olympic team gold medalist Peter Wylde.  Ken Berkley will be back to defend his title in the $30,000 Battenkill Grand Prix, while Scott Stewart and Keri Kampsen will be hot favorites in the weekly $5,000 NEHJA Hunter Derbies held each Thursday.  Devin Ryan, the winner of last year’s $30,000 Mount Equinox Grand Prix, sponsored by Hand Motors, will also be returning to the Vermont Summer Festival, as will Georgina Bloomberg, Julie Welles, and Ian Silitch.  Mark Bluman of Colombia and Luis Larrazabal of Venezuela, both riding for G&C Farm, and 2008 Olympian Kirk Webby of New Zealand are among the international competitors at this year’s event.

New for 2013, the Vermont Summer Festival has introduced ‘Equitation Tuesdays’ to accommodate the large number of young athletes looking to qualify for various national equitation finals.  Each Tuesday of the six-week competition, qualifying classes will be held for the THIS Children’s Medal, the Pessoa/USEF National Hunter Seat Medal, the ASPCA Maclay, and the USEF Show Jumping Talent Search.  The same four classes are also offered a second time each week, giving competitors double the opportunity to qualify for these prestigious national events.

“The level of competition in the equitation divisions is so high here in Vermont that, rather than forcing our customers to seek out and travel to smaller shows in order to qualify, we are giving them double the number of opportunities to qualify for national finals right here in Vermont,” explained Billy Glass, Technical Coordinator for the Vermont Summer Festival.  “Historically, we have a lot of competitors here who have gone on to win the Maclay and other medal finals, and there are many others here that are getting their feet wet.”

As always, the exhibitor parties hosted each Wednesday evening by John and Dotty Ammerman will showcase the amenities of the Manchester region.  Chantecleer restaurant, the ever-popular Bromley Mountain Resort, the newly renovated Barrows House, the historic Dorset Inn, and the luxurious Inns of Equinox will all be party sites this year.

The first five Saturdays of the Vermont Summer Festival will feature a $30,000 Grand Prix.  The $50,000 Vermont Summer Celebration Grand Prix will be held during the sixth and final week on Saturday, August 10.  The weekly $10,000 Open Welcome Stake, Presented by Manchester Designer Outlets, will be held each Thursday.  The hugely popular $5,000 3’3” Hunter Derby will also be held each Thursday for the first five weeks, with week six featuring the $15,000 Hunter Derby. 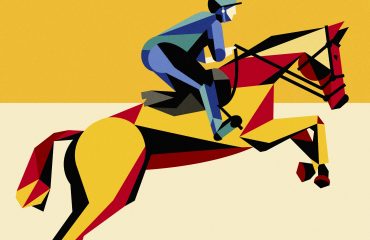 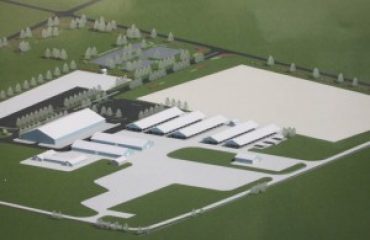