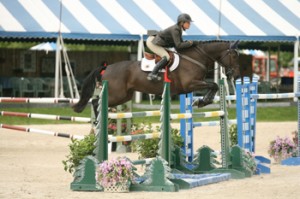 Five-Year-Old, Six-Year-Old and Seven and Eight-Year-Old horses competed head-to-head against horses the same age in the grand prix ring each Thursday for the first half of the Vermont Summer Festival. The Young Jumper classes provided riders with an opportunity to expose their horses to a higher level of competition, helping to gauge each horse’s potential to move further up the ranks.

Caitlyn Shiels of Sheffield, MA, used the thee-week Young Jumper series at the Vermont Summer Festival to do just that. She won the Six, Seven and Eight-Year-Old class during the opening week of competition with S & L Downtown, a seven-year-old Dutch Warmblood gelding by Indoctro, owned by True North Stables.

“I purchased him as a five-year-old,” explained Shiels. “I’ve been bringing him along slowly since then, so classes like these really help. I’m hoping to jump him higher by the end of the season and, eventually, I’d love to make him my grand prix horse.”

Amanda Flint of Lebanon, NJ, won the Five-Year-Old class during week one riding VDL Coverboy, a bay Dutch Warmblood gelding sired by Veron and owned by the Coverboy Group.

“We purchased him last year at an auction in Ocala, FL,” explained Flint. “He’s still a little fresh some days but overall, he’s been performing very well and winning a lot. We’re very pleased with him so far.” 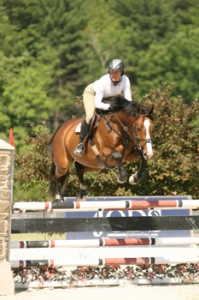 Amanda Flint and VDL Coverboy won the Five-Year-Old Young Jumper class during week one of the Vermont Summer Festival, and placed second during week two. (Photo by David Mullinix Photography)

Flint and VDL Coverboy finished second during week two in the Five-Year-Old class. One of Flint’s students, Maria van Buskirk of Chester, NJ, claimed victory that week aboard her horse Ra, a bay Oldenburg gelding by Clay.

The Vermont Summer Festival offers more than $750,000 in prize money, making it the richest sporting event based on purse in the state. The largest “AA” rated hunter/jumper horse show in New England, the six-week competition attracts the best athletes, including Olympic medalists, from across the country and around the globe. 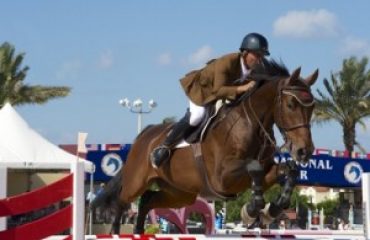 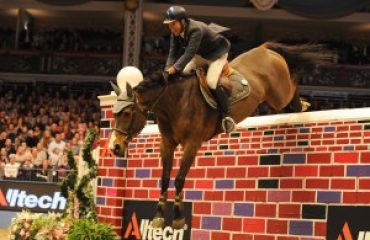 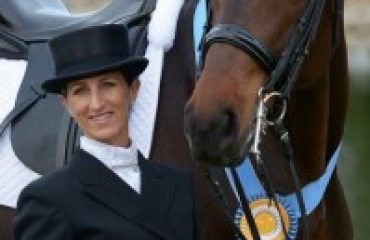