The Olympic sport of eventing — consisting of dressage, cross-country and show jumping — has evolved since its debut for cavalry officers and their chargers at the 1912 Stockholm Olympics. What hasn’t changed is the excitement of cross-country, the biggest spectator day. For riders with stars in their eyes, the goal is Rolex Kentucky, North America’s premier four-star and a key factor in Olympic team selections.

The U.S. Equestrian Federation published the 16-page Selection Procedures document that lists everything riders need to do between January 1, 2015, and June 19, 2016, in compliance with the International Equestrian Sports Federation (FEI). One basic requisite is the FEI Certificate of Capability, acquired by earning one qualifying result — with no cross-country jumping penalties – at a designated four-star or two three-star events. The USEF document provides selection trials in the U.S.A., Canada and Europe. The paperwork alone is part of getting to the Games.

Kim Severson, like many Olympians, has an amazing story, but it doesn’t quite meet the idealized “dream-come-true” scenario. It was a bumpy road, including a fractured pelvis in September 1998. Kim credits the six weeks of not riding with helping her to relax and implement Jim Wofford’s training wisdom about riding her horse balanced and flowing forward to jumps. In 1999, Kim was 26 and a dark horse when she piloted her Over The Limit to win Rolex CCI***, which launched her into eventing’s elite.

In addition to being an Olympian, in 2004 Kim was named FEI Number One Rider in the World.
Photo by Michelle C. Dunn

“You sort of pinch yourself and say, Wow, you just won Rolex!” said Kim, whose equestrian ambitions date back to grade school. “After I won the three-star, I made the team for the Pan Am Games. We jogged the horses that morning, before putting them on the van to go to Winnipeg, and my horse Jake (Over The Limit) was lame — no reason, out of the blue, lame.”

It was devastating. She had to empty her team trunk, packed with her U.S.A. attire, because it was needed for her replacement, Buck Davidson. “I remember Julie Richards telling me, ‘Go to England and win Blenheim.’ So I did. In September, Jake and I went to Blenheim and finished the three-star in a tie for first, but ended up second because they used our time faults on the cross-country as a tie-breaker.”

Another disappointing setback took place in 2000. Kim and Over The Limit finished fourth at Rolex, a good qualifying result for Sydney. “I was on course to the Olympics and it was awful – I made a huge mistake on the cross-country at Rolex and left out a stride at the house and he hit his stifle, which turned into a nagging problem,” said Kim. “There wasn’t enough time for him to be 100 percent sound before the plane left for Sydney. It was awful. I remember crying when Karen Stives, one of the selectors, came to tell me before the meeting when they announced the team.”

Despite her disappointments with Over The Limit, another top horse was on the horizon. Kim found Winsome Adante, “Dan,” while based in Middleburg, Virginia, for the summer to prepare herself and Jake for the Pan Ams with U.S. Chef d’Equipe Mark Phillips of Great Britain. “I went to Jan Byyny’s Surefire Farm to look at horses and Dan was one of them,” Kim recalled. “He was cute and jumped well, but there was nothing really that special about him. To look at him, you wouldn’t have brought him out of the field. I just really liked him. He was nice. I had to get him very strong because he was built very, very downhill, but he was always easy.”

Kim Severson with the breeders of Winsome Adante, an English Thoroughbred, during the awards ceremony at Rolex. At the 2004 Athens Olympics, Kim won the individual silver medal and team bronze with Winsome Adante, known as Dan.
Photo by Michelle C. Dunn

Kim started to realize what she had with Dan in 2001. They placed first at Blenheim CCI***, second at Foxhall CCI*** and won at Radnor CCI**, renowned for many years as one of North America’s toughest Concours Complet International events. In April 2002, Kim and Dan won their first Kentucky Rolex four-star and, in Spain that September, earned team gold with a sixth place individual finish in the World Equestrian Games.

In 2003, just before Rolex (the final weekend in April), Kim broke her leg. While preparing in England to run at Burghley CCI**** in September, Dan had to have colic surgery. They came back stronger than ever in 2004 and, at Rolex Kentucky, went to the lead after dressage — Kim is known for phenomenal flat work — and never looked back. They finished on their dressage score, 12 points in front of Phillip Dutton (Australia).

About finally qualifying for the Olympics after winning her second Rolex in 2004, Kim commented wryly, “Things seem to roll a little white knuckly for me for some reason.” At last, she was on her way to the Summer Games and she had a great horse. “Dan was pretty unstoppable,” she said. “You never had to teach him anything. He was always easy, such a professional, a real workhorse. I never had any difficulty with him. He was wonderful.”

The U.S. Eventing Team spent about a week in Greece. “We went in and out very quickly,” recalled Kim. “I got to attend the opening ceremonies because I rode dressage on day two, but others who rode the first day weren’t so lucky. The horse venue was far away from the Olympic Village and main venue for the Games.”

Kim’s memories are somewhat bittersweet, thanks to a scoring debacle in the final show jumping phase when the judging officials didn’t penalize the first-placed rider for a refusal or add time penalties when she circled, crossing the start twice. Participating nations objected, but the medals had been awarded. When arbitrations concluded and final results corrected, Kim’s individual bronze turned to silver. She and the other U.S. team members moved up one place from fourth to bronze. They received their medals long after the Olympics ended.

“When I rode Dan into the arena for our dressage test, that’s when it was real, when I was actually participating,” said Kim. “I stood on the podium for my bronze medal, but not for my silver. The team never got to stand on the podium for our bronze. It may sound petty, but standing up on the podium means a lot. That evening, David O’Connor went with me while I did my drug test and it was late, 11, when we finally got back to the house. It wasn’t a happy time. No one was celebrating. I wanted to go home as soon as possible.”

Kim credits Linda Wachmeister for her incredible support. “I had been in Virginia for nearly four years and I was stalled,” said Kim. “For a short time before I started working for Linda at Plain Dealing Farm, it was either go home to Arizona or figure out a way to go down the road I wanted to follow. Luckily for me, it worked out.”

Kim and her parents, Jackie and Ed Severson, in the stands at the 2004 Athens Olympics. Photo courtesy of Kim Severson

Kim is somewhat shy about her accomplishments. In 2004, she was named FEI Number One Rider in the World. In 2005, she was honored as U.S. Eventing Association Lady Rider of the Year and USEF Developmental Coach of the Year; also, she and Dan won their third Kentucky four-star. They were on the fourth-placed team at the 2006 World Equestrian Games. There are more career highlights. Kim still has the drive and determination to excel — what some call the fire within.

Her job at Plain Dealing Farm worked out fine. She taught Linda’s two daughters, exercised and drove the Fjords and, of course, trained them to jump. At first, she rode her two horses before starting her workday. “I did my first two-star at Radnor and it got Linda interested in going down that road with me,” said Kim. “Linda made it possible for me to pursue my goals. Now I have my own farm. I still help Linda’s daughters. I teach and have nice horses coming along. Sometimes I stop and question myself. You ask if it was worth it? About two years after the Olympics, they sent me a key ring. It’s great. No matter what, you’re always an Olympian.” 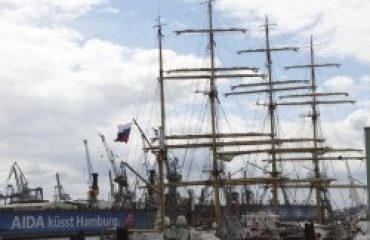 A Sunday in Hamburg: The Harbor Birthday and The Storage City 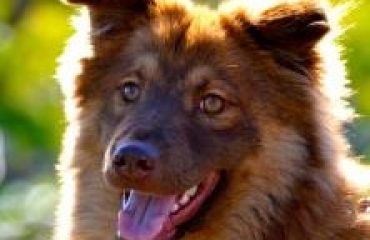 Dog of the Day: Asiago

Ceramic therapy from SmartPak 😍 “This stylis

It’s been said if you need to get things done, t