Anna Cardelfe: Finding Balance In & Out of the Saddle

All junior riders face a difficult choice when their 18th birthday rolls around. Many say goodbye to the show ring and head to college. Others choose to turn professional, making a career out of riding and showing. Some choose to show as amateurs, heading to horse shows whenever their schedules allow.

Anna Cardelfe is one of the few who choose to balance a rigorous competition schedule with an equally rigorous college course load.

“I never looked at college as goodbye to riding,” Anna explained. “I always knew it would be a part of my life, even if it wasn’t something I pursued as a profession.”

Anna and Dollar
Photo by The Book LLC

The 21-year-old Villanova University senior from Spring Lake, New Jersey, continues to compete at top horse shows across the nation at the Grand Prix level, showing in both the competitive Under 25 Grand Prix events and the High Junior/Amateur-Owner Jumper division.

Most recently, Anna was awarded the Captain Szinay Memorial Sportsmanship Trophy during the 2016 North American Junior and Young Rider Championships. The prestigious award has not been won by a show jumping rider in five years.

After bouncing back resiliently from a rough start in the individual phase, Anna and Dollar jumped two clear rounds for their team during the team competition phase, effectively personifying the virtues of sportsmanship, team spirit, good temper and unselfishness that the trophy recognizes.

“Winning that award was so special, because you can’t always win in the ring,” Anna said. “We turned Young Riders around in a way that was really beneficial for us. I gained the respect of my fellow competitors and the coaches and professionals there. To me, that’s really meaningful. To be awarded that trophy was really an awesome feeling.”

In addition to competing regularly, the talented amateur maintains a 3.5 GPA while pursuing both a bachelor’s and a master’s degree in journalism. She has completed three internships in New York City for companies including Michael Kors, and serves as the public relations chair for LEVEL, the Villanova Office of Disabilities’ student-run group.

“It’s a lot to balance,” Anna said, laughing. “I’m really busy, but I make the time. Instead of sitting around or taking a nap, I’m doing schoolwork, or I’m running to a meeting. When horse shows come up, which they do often, I make my workload hefty in the beginning of the week. I spend the hours to get my work done so I can really focus on riding during the weekend. I think from an early age, I developed strong time management skills.”

Balancing her passions is not a new concept for Anna, whose riding career began when she was 6 years old. The competitive youth spent years running between school, the barn and basketball practice until Anna moved to Beacon Hill Show Stables in 2011.

There, renowned trainer Stacia Madden became the driving force propelling the young rider’s career into the spotlight. Anna began spending the winters showing at the Winter Equestrian Festival in Wellington, Florida, and traveling to other premier shows on circuit, such as Devon, the National Horse Show and the Pennsylvania National.

“From the beginning, Stacia realized riding was something I could be successful at with the right mounts and the right training,” Anna explained. “From that point on, I knew that riding was something I wanted. I quit basketball and put all of my eggs in the basket for riding. Living so close to Beacon Hill, it was easy for me to train every day and give my 100 percent. I wanted it that badly, so it was never much of a sacrifice.”

Her hard work paid off, and throughout her junior career, Anna jumped between the hunter, jumper and equitation rings, claiming top ribbons and championships in each. Notably, the young triple-threat won the 2012 North American League Low Junior/Amateur-Owner Jumper Finals and returned in 2013 to place second.

In the equitation ring, Anna partnered with legendary mounts such as Papillon 136 and Logan. With Papillon, Anna took home several blue ribbons in the Maclay during the Winter Equestrian Festival. Anna also rode a younger horse, Ulrich, to success in the ring. Ulrich was Anna’s Talent Search and WIHS partner, and the duo rode to an impressive ninth-place finish at the 2013 USEF Show Jumping Talent Search Finals.

Anna and Firenze
Photo by SportFot

Jumping Into the Future

With these and many other top finishes under her belt, Anna’s junior career concluded in 2013. That same year, Anna entered Villanova University as a freshman, simultaneously diving headfirst into the jumper ring, where she currently competes with her two Belgian Warmbloods, Firenze Van De Cadzondhoeve (Firenze) and Dollar Van T Eigenlo DH (Dollar).

“Starting the jumpers with a strong base in equitation gave me so much knowledge to fall back on,” Anna said. “You have to be ready to be asked questions. When you’re testing in a Medal, you have to learn to be confident in your horse and to know what to do in situations that don’t go according to plan. It’s the same thing for the jumpers.”

Now that school is back in session, Anna has jumped back into her routine of balancing school and riding, much of which includes managing her time so she can ride during the week and mentally prepare for horse shows. “With the rush of school, getting to go to a horse show — even though it’s an intense atmosphere — it becomes my place to relax,” Anna shared. “I get to be with my horse and focus on my riding knowing that I did everything during the week that I could do to be 100 percent present at the horse show. It really is a breath of fresh air for me.”

Anna concluded, “At the end of the day, riding is more than a sport for me. It means more than a competition. It offers the opportunity to learn things that aren’t just about horseback riding, but life, too. You have to be willing to work at what you love and put in the time to be the best that you can be, and that’s not always an A or a blue ribbon.” 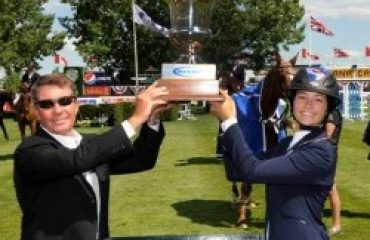 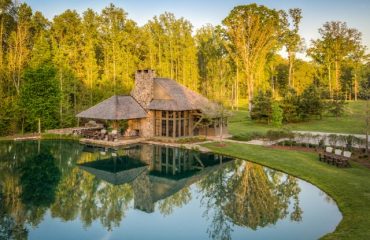 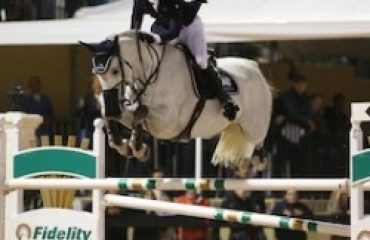