The rapid-fire auctioneer’s chant at the Art of the Horse gala will prod bidders into a fierce but friendly bidding war for one of 16 life-size fiberglass horses painted by local artists. The auction is the culmination of the Art of the Horse campaign created by Our Carolina Foothills with each horse being sponsored by businesses or individuals on behalf of an organization in the region. The Carolina Foothills encompasses four towns, —Landrum, Tryon, Columbus and Saluda — in North and South Carolina.
Among the horses to be auctioned off, three were designed and painted by Gigi Dover, an artist, singer and songwriter from Charlotte, North Carolina.

“Gigi Dover was the first person to play a large ticketed event when Overmountain moved into concerts. She’s since become a dear friend, crowd favorite and now a designer for some of Overmountain Vineyards’ new artisanal wine labels,” Mindy said.

The newest wine label she created is for the Wildfire Rose, a bone-dry Provençal-styled wine. The label features a horse named Big, Bella & Bold, a Gypsy Vanner. The design is inspiring a whole new range of equestrian-inspired wine labels, which will be released over the next six to 12 months.
“Overmountain Vineyards have been huge supporters of my music and my art so it was a good fit,” Gigi said.

She doesn’t currently own a horse or even have a chance to ride, but she love horses. She grew up riding her family’s two horses and later took lessons as an adult. “I respect and admire their beauty and that has made this project even more fun for me,” she added.

History Inspired Design
Searching for inspiration for the Overmountain Vineyard fiberglass horse, Gigi researched the historic Overmountain Trail that crosses a portion of the vineyard’s property.
During the Revolutionary War, a group of volunteer Patriots, known as the Overmountain Men, launched an offensive. The Patriots sparked a renewed vigor among fighters that’s considered a turning point in the war.

Instead of portraying the well-documented trials of the rugged Overmountain Men, Gigi featured the rich Native American history of the region. Using indigenous plants, flowers, birds/feathers and other symbolism, the designs of all three horses are loosely based on the Cherokee, Catawba and Shawnee tribes.

Eventually, she’d name the Overmountain Vineyards horse “Lily, The Harvest.” Four Monarch butterflies flutter across Lily’s body to signify the insect’s annual migration, which coincides with harvest season. Sunflowers, corn, grapes and a bone necklace pendent showing the four phases of the moon can all be seen in the horse’s design.

As additional sponsors purchased horses, Gigi was commissioned for two more. “Chief, The Peace Keeper” was sponsored by Stone Soup Restaurant in Landrum, South Carolina. Adorned with regional flowers and tree blossoms, Chief also carries a deerskin rug, beaded in turquoise with the imagery of the Catawba River, which the tribe used to make their famous pottery.

“Luna, The Dream Weaver” was sponsored by a group dubbed Sixteen Hands. This horse sports a Dreamcatcher saddle with red fox tails and red tail hawk feathers streaming from it. Inspired by the semi-migratory Shawnee Indians, butterflies and bird features grace Luna’s body.

Multi-Talented Artist
Though the Our Carolina Foothills project highlights Gigi’s visual arts talents, she may be even more widely known as a singer and songwriter. Hailing from a family that loves to sing, her first musical performances were as a member of her school’s choir and as a flutist for the school band. In college, she earned a degree in graphic arts and design and studied guitar and music theory.

In 1990, she sang in her first live rock-n-roll performance at the Bayou Kitchen, now known as the Philosopher’s Stone Tavern, in Charlotte and had a 10-year run performing there weekly. In 1994, she released her first recording while a member of the band Rank Outsiders.

She moved on to a solo career before joining forces with her partner in love, life and music, Eric Lovell. In June 2016, the couple, known as Gigi Dover & The Big Love, released their seventh album, “Travelin’ Thru.”

The couple’s performances have been described as an uplifting experience somewhere between Marvin Gaye and “Fiddler on the Roof.” Their music incorporates a blend of gypsy, jazzy, bluesy, funky southern and soul resonated with an array of instruments that can range from guitar to sitar to banjo and rebab.
“We’ve been told that our sound is the portrayal of world music thru the eyes and ears of southerners,” Gigi said.

The Benefactors
Proceeds from the auction are split between the artists and Our Carolina Foothills. Artists receive 25 percent of the final sale. With opening bids starting at $2,500, artists are guaranteed at least $500 for their work and there’s no ceiling on their earnings. The remaining 75 percent is used to promote local businesses and tourism.

Our Carolina Foothills is a non-profit organization focused on educating the public about the rich history and culture of the small towns in the Carolina Foothills. The marketing initiatives and special events highlight the area’s uniqueness and raise awareness of the region’s natural beauty.

The Art of the Horse Gala will take place at the Tryon International Equestrian Center on August 19th from 6:30-9:30 pm. The live auction begins at 8pm. Tickets for the Gala dinner are $75. The public is welcome to view the auction free of charge until capacity is reached. For more information, visit www.ourcarolinafoothills.com and www.gigidover.com

About the writer: Katie Navarra is a professional writer based in Upstate New York. She’s been a lifelong horse lover and competes in ranch horse events with her dun Quarter Horse mare. 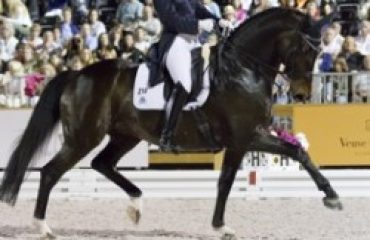 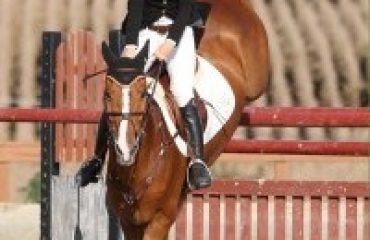 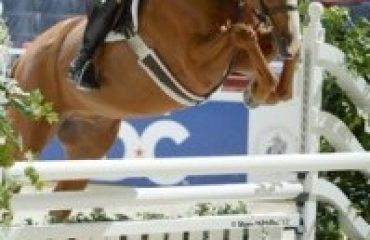