(SPRUCE MEADOWS, Calgary, AB): The pros were at it again for the first day of the 2012 Spruce Meadows ‘Canada One’ Tournament, with half a million dollars in prize money on the line though Sunday. Kent Farrington & Venus, champions of the Cargill Cup, first FEI competition of the Canada One tournament. (Photo by Spruce Meadows Media Services) The day started off well for Kent Farrington (USA). After going up against 46 horse/rider combinations in the 1.50 meter Cargill Cup, designed by Anthony D’Ambrosio Farrington emerged victorious. Nobody could catch the time set by Farrington and his 10 year old Dutch Warmblood mare, Venus. This is Farrington’s 5 th FEI Victory at Spruce Meadows this season

Read more at the source: ‘Canada One’ Star Power 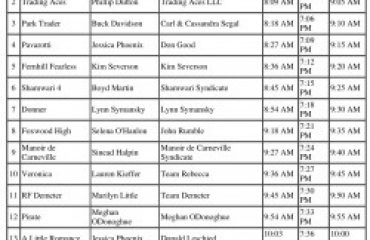 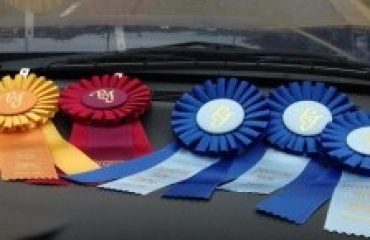 IHSA at Charleston and Eventing continues to compete!