Carrie Sarabella’s interest in horses started when her grandfather would tell her — without ever taking her — that he was going to “feed the horses.” Thus the obsession began, and eventually her mother insisted he take Carrie with him. That was when they learned that “feed the horses” was his code for going to bet on racehorses at the track.

But Carrie’s mom, Natalie, continued to nurture Carrie’s interest, which included giving the pony-crazy girl the typical starter pack of My Little Pony toys and Breyer model horses. She eventually reached out to local farms and enrolled Carrie in riding lessons.

“I tried gymnastics and tennis, but I was totally obsessed with horses,” Carrie laughed. “It was a little more expensive than gymnastics! After leasing, my mom saw I was committed and did invest in my first pony.” That pony, named Little Foxy Lady, took Carrie through short stirrup and the children’s jumpers, as well as membership in her local 4-H club.

Like so many young women, Carrie envisioned a future with horses, but her parents, though supportive of her equestrian endeavors, still wanted her to go college and find a career. She started pursuing vet school, but ultimately turned toward the human medical world and cardiac anesthesia. She earned the lead internship at Cornell, which led to a job at New York University. It was perfect at the time: It gave Carrie weekends off so she could still ride, relieve stress and get her mind off a very intensive job. Eight years into her career, however, she was injured on the job, and it was unintentionally career-altering.

Carrie’s injury — a torn wrist — resulted in four surgeries that gave her quite a lot of recovery time, so she found a project in making treats that her dog with severe allergies, Pinero, could eat. Carrie was frequently in the vet’s office with him, trying to pin down what would help him cope. Finally, since she now had the free time, she started cooking for him.

“I was able to fix a problem while making him super happy, and I knew it was a product everyone would love,” Carrie said. “I made them with one arm and a cast on the other, from my apartment.” Friends started asking for them, then friends of friends, and Carrie realized that she had stumbled onto something that could be much bigger than her apartment kitchen and Snaks 5th Avenchew was born.

They may have not liked her parody on the famous name, but Carrie and her lawyer fired back with a fair-use argument that noted other animal-friendly businesses had come out victorious in federal infringement suits. Saks Fifth Avenue agreed to not pursue any further action. That was the moment she had to decide which direction she wanted to go — back into the medical field, or into the new and exciting world of small business.

“I took a lot of time to think about what I wanted, followed my gut and gave it a shot,” Carrie said. “It was definitely a risk, but when I look back, I’m happy I did it!” Besides making treats that her own pup loved, Carrie saw an opening for gourmet horse treats. “There’s the generic molasses ball with grain, or a standard apple treat. There wasn’t anything to make the rider as excited as the horse to receive the treat,” she said. Carrie’s horse treats broke the mold with bakery-style design, flair and cute packaging that fellow horse owners loved.

Between Pinero and her retired gelding, Hunter, Carrie had plenty of reasons to pursue the new venture into gourmet dog and horse treats, which she took onto Instagram and then made public in 2016. It wasn’t long before she was opening a bakery, and now she leads a team of 11 with a reach that stretches globally, from Germany to Dubai and even Australia.

“Pinero was instrumental in the development,” Carrie said. “He used to come to work every day. We celebrated his birthday, which is how we started our birthday line.” The options available from Snaks now range from individual treats like Doggy Donuts and Corgi Cannolis to Pony PopTarts and BrowNeigh Bites. The clever designs and animal friendly plays on human treats like Reese’s Peanut Butter Cups or donuts are made with simple ingredients that are safe for consumption by anyone, including humans.

Carrie realized she had come full circle when she went to the Hampton Classic with her Snaks treats and had the chance to chat with Ralph Caristo, whom she had ridden with as a child. “He was there with his daughter and their clients,” she recalled. “He hadn’t seen me since I was 10, but he remembered my pony. It was incredible!”

Snaks 5th Avenchew products are now sold in retail stores across the country, and Carrie’s looking forward to expanding her travel to the West Coast, including HITS Thermal. But much of her business still comes online from avid followers of Snaks on Instagram. Her team members at the bakery are vital parts of the business, and now she’s seeing others playing off the idea and creating their own lines of treats.

From growing a love of horses, delving into the medical field then finding her calling as a gourmet chef to man’s best friends and partners, Carrie is grateful to be thriving. Even as other companies pop up, she enjoys seeing others succeed, knowing that her products are inspirations to many and a true treat for animal lovers.

“When I think about what Snaks has accomplished, it’s crazy,” Carrie said. “It’s definitely a blessing.” 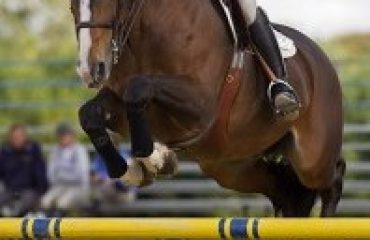 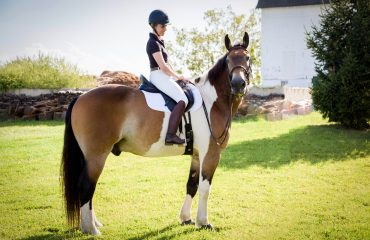 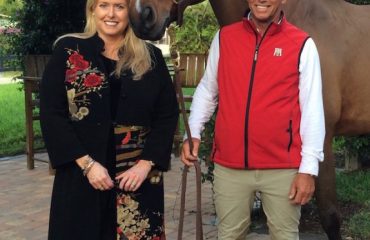