Heather Caristo was raised in an equestrian family and began pursuing excellence at a young age. She worked with George Morris as a junior, ribboned in the equitation finals and showed in Switzerland for a season with Gerhardt Etter. She’s a five-time North American Young Rider Team Gold medalist and has won more than a dozen USHJA National Hunter Derbies. Heather won her first Grand Prix at 16 years old, is a three-time USHJA National Champion

and has represented the U.S. on Nations Cup teams in Canada, Sweden and Portugal. She has ribbons in World Cup Qualifiers, HITS Million Dollar Grand Prix and HITS Hunter Derby Finals. In a balanced life outside of horses, Heather graduated from NYU with a bachelor’s degree in liberal arts in 2000, is a licensed massage therapist for humans and is certified to work on horses, has run 25 marathons and is an Ironman triathlete. She now works with her parents and husband, Jesse Williams, at Glenview Stables based out of Saugerties, New York, and Wellington, Florida.

Sidelines is excited to have Heather on board to answer your questions about life in the hunter-jumper world. Do you have a question you want Heather to answer? Email them to editor@sidelinesnews.com

How did you get started riding?

I can’t remember not riding! My parents own Glenview Stables, originally located on Long Island in New York, so I grew up at the barn and around horses. Glenview Stables is a riding, training and sale horse facility that specializes in show jumping. I mainly grew up riding English in the show jumping world, but I’m fascinated by all aspects of any equine discipline. I think it would be fun to try eventing!

It’s been great having both of my parents so prominently in the business. Especially with my dad, Ralph Caristo, being such a well-known judge and trainer, it afforded me some opportunities that other kids may not have had. I had the opportunity to ride a variety of different horses and ponies that came into our barn for sale. Since my dad had a great reputation for matching horses and riders and having nice sales horses available, many people considered him their first stop for horse shopping. It was such a great experience to be able to ride so many of these horses and different types at such a young age. My mom, Holly Caristo, also showed in the grand prix and hunter rings so there was always a wealth of knowledge available. She won open jumper classes at indoors and has won National Horse of the Year in the hunters many times. She was the first person to teach me about feeling how to adapt to each horse’s natural style. Sometimes knowing how much of an impact they have had on the sport, there can be a certain level of pressure to live up to their legacy. I think it’s been an important stepping stone for me in the business and a great way for me to strive to achieve certain things for myself, my family and my horses. It’s been an immeasurable help having their support and learning everything I can from them.

What are some of the best lessons your dad has taught you?

I would say the best lesson I learned from my dad is to keep it simple, just go forward and in the show ring, never take the first jump for granted. If he’s at the ring with me, it’s something he still says before I walk in. It’s such a good reminder to have a good canter and really ride. It’s a great way to start the course, by focusing on the rhythm. I think I probably say it to anyone I bring to the show ring, too!

I feel like I have so many goals. There’s so much I want to accomplish in this sport. On a daily basis, my goal can be having a horse understand what I’m teaching them or for my client to do well in a class, but in the long run, I would love to represent the United States in a major championship.

What has been your biggest equestrian accomplishment so far?

My biggest accomplishment so far has been being on three Nations Cup teams with two different horses. We purchased Evening Star as a 5-year-old. I took a short break from professional riding due to a back injury, so my mom took him over and showed him in the adult hunters. When I came back to the sport full time, I took him over and brought him up to the grand prix level. We ended up being on two teams in Lisbon, Portugal, and Falterbo, Sweden, in 2015. The second horse is the one I’m currently competing on, Qui Vive des Songes Z, whom we bought from the same farm as Evening Star, Etter Sporthorses, and brought along from 6 years old. We were a part of the Langley, Canada, Nations Cup team in 2017 with Margie Engle, Adrienne Sternlicht and Catherine Tyree. Bringing both of them along from such a young age and making it to be a part of U.S. teams is something I’m very proud of.

What do you want people to know about you?

I always put the horse first. No matter what my personal goals are, I try to be respectful of what the horse is telling me. I do very small, confidence-building exercises for them to gauge whether or not they are ready to move up a level. When I feel that they’re responding well to the questions I’m asking, I think it can be time for them to try the next level. It’s so important to listen to what they have to say and whether or not they exhibit confidence. Trust between horse and rider is key.

What do you do when you aren’t riding or teaching?

I think it’s so important to maintain balance in our lives. This sport is a huge part of my life but it’s so easy to be consumed by it and forget there are so many other experiences to be had. I like to do a lot of different things, like running and artwork, for example, that ultimately allow me to focus on my horses and my career in a healthier perspective. 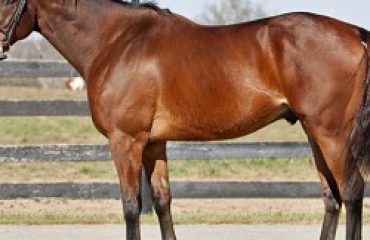 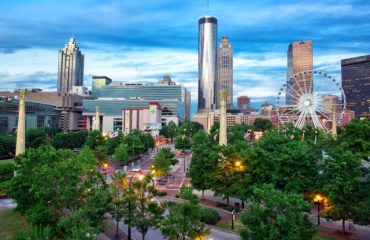 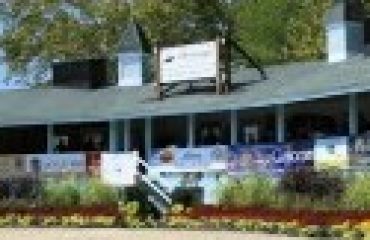