Charlotte with Caitlyn Massey
Photo courtesy of US Equestrian

Charlotte Bredahl was a member of the 1992 bronze medal U.S. Olympic dressage team in Barcelona riding Monsieur. In 1997, she was part of the silver-winning team at the North American Championship on Lugano. She trained both horses from the start. Charlotte is a USEF (S) judge and FEI 4* judge who has judged all over the world. Three years ago, she was appointed USEF Assistant Youth Coach and now dedicates most of her time to coaching. She recently purchased a home in Wellington, Florida, where she plans to spend winters. Do you have a question you want Charlotte to answer? Send questions to editor@sidelinesnews.com.

In August, I attended the 2018 Festival of Champions and Markel/USEF Young and Developing Horse Dressage Championship at Lamplight Equestrian Center in Wayne, Illinois. It was the first time ever that we had national championships in all divisions at the same time.

The facility is stunningly beautiful, but it’s also one of the most spectator-friendly shows I have ever attended. Lamplight Equestrian Center’s owner, Nina Koloseike, understands that the only way to get more involvement and spectators at shows is to make it enjoyable for the general public to come. There are trees around all the arenas providing ample shade, and the arenas are very close together. There’s also seating for the general public, so you don’t have to be in the VIP area in order to be very comfortable. The judges did a great job with their commentary of the young horses after each ride, giving the spectators a good education while keeping a very positive tone.

The show was incredibly well-organized with two arenas going on at the same time. Monica Fitzgerald and her experienced team in combination with a very knowledgeable USEF team can take full credit for a very successful event. USEF also offered the riders the opportunity to work with the team of USEF coaches in their respective categories at no charge. The event wouldn’t have been possible without sponsors Discover Dressage, Dressage Today and Markel Insurance.

It was fantastic to have all the divisions together, starting with the FEI children’s division all the way through to grand prix. We also had all the young horse categories represented, starting with the 4-year-olds and going all the way through the developing grand prix. We saw a huge turnout of riders coming from the West Coast and they did extremely well. The standard was better than ever in all divisions, and the very high scores show that the Young Horse Program is working very well and producing some amazing young horses. Young Horse Coach Christine Traurig and all the riders, owners, breeders and trainers are due congratulations.

The Developing Prix St Georges and grand prix showed a lot of talented upcoming FEI combinations and shows that the Developing Program is working well, too, thanks to Developing Coach Debbie McDonald, who had to leave early to coach Adrienne Lyle, Laura Graves and Kasey Perry-Glass for WEG. Robert Dover, technical advisor for the U.S. team, came to Lamplight for one day but was also busy preparing the team for the WEG.

As Youth Coaches, George Williams and I were extremely pleased and proud of the standard in the youth divisions. All divisions were full, including the U25 Grand Prix (Brentina Cup), and of very good standard. Codi Harrison did a fantastic job to win the title ahead of Molly Paris, who also did a great job. Codi works for and is coached by Lars Peterson and Molly Paris is coached by Chris Hickey.

On a personal note, I was very proud of my student Kerrigan Gluch, who was second and third in the U25 Grand Prix Freestyle and third and fifth overall on Hampton Green Farms HGF Brio and Bolero. My other student, Maria Lithander (head trainer at Hampton Green Farms), did her very first grand prix in the National show, on her own 9-year-old PRE mare Barbara. She did a great job and was so excited. It made it extra special that Barbara is by Bolero and bred at Hampton Green: It’s all in the family. Kim Van Kampen is the owner of Hampton Green Farm and also the founder of Discover Dressage, who supports the Emerging Athlete Program.

Perhaps more impressive than high scores is a high standard of sportsmanship — especially in our youth. At this show, I witnessed a couple of examples firsthand, and I’m sure there were countless others. While I was helping to present awards for the pony division, a little girl named Caitlyn Massey came up to me and gave me a hug. It turned out she had been eliminated because her pony had been very naughty. In spite of that, Caitlyn stood by the back gate to congratulate the winners with a big smile. After she gave me a big hug, she asked me to warm her up for her 13-and-under Seat Medal class. She ended up fifth in the nation, but her stellar sportsmanship earned her perhaps even more recognition than if she had won the class.

Another amazing example of good sportsmanship was Sophia Schultz. When she heard that Tessa Holloran had to scratch from the 13-and-under Seat Medal class, Sophia immediately offered Tessa the ride on her horse, Samour M. Tessa and Samour M finished fourth in the class. The next day, karma repaid Sophia for her kind actions and she became the National Champion of the 14-and-over class. The U.S. top riders have been known for their team spirit and sportsmanship for a while now, and that’s something we should all be proud of. 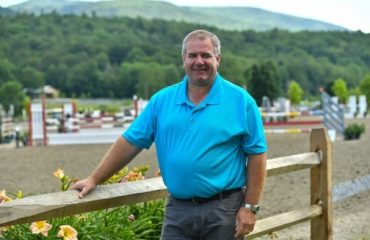 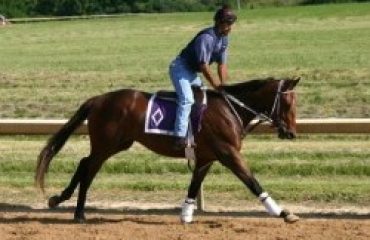 An Ode To The Off Track Thoroughbred 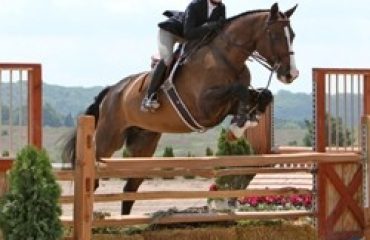